The Trump administration is expected to propose any day a rollback of greenhouse gas and fuel economy standards, based partly on the notion that Americans are not interested in efficient vehicles. However a new study shows that American consumers consider fuel efficiency one of a vehicle’s most important features — along with price, reliability, and safety.

In fact, they rank fuel economy considerably ahead of premium features and acceleration, according to our survey of 1,883 US drivers who planned to purchase a new or used vehicle within the next 10 years. The survey used four strategies to identify the vehicle attributes sought by potential car buyers: an open-ended question, a selection of options, a rank ordering of options, and a discrete choice experiment (looking at choices among hypothetical vehicle options).

“Thinking about your next vehicle, which aspects are the most important to you?”

In response to this question, we found that respondents’ answers most often clustered around four main themes: safety, reliability, price, and fuel economy.

From a list of 19 popular features based on previous studies and expert consultations, consumers selected four options most frequently: purchase costs (purchase price and monthly payments, 72%), reliability (69%), safety (crash protection and avoidance, 66%), and fuel economy (59%). Notably, participants selected performance or acceleration half as frequently as fuel economy (29%). This matches a later task in the study in which consumers rank-ordered fuel economy ahead of acceleration and premium features, but behind safety, reliability, and purchase price.

“Which vehicle would you prefer?”

We asked participants to choose their preferred vehicles from several vehicle sets using a discrete choice experiment. Each vehicle set had three options that we varied systematically. Combining participants’ vehicle selections across sets, we were able to figure out the relative value consumers placed on each attribute without explicitly asking them. Participants indicated a willingness to pay most for a 25% increase in reliability, safety, and fuel economy. They were willing to pay least for a 25% increase in acceleration and premium features.

Our study’s four measures of vehicle attribute preferences triangulate on one answer: Americans considering a new or used vehicle consistently select the cost of safety, reliability, and fuel economy as top priorities, while they attach less importance to performance attributes such as acceleration.

Nevertheless studies of actual vehicle purchases suggest that consumers’ walk doesn’t always match their talk. Why might this be the case? Manufacturers may not offer the combinations of features included in the studies, and consumers cannot choose options that are not available to them. For example, high efficiency may be bundled with premium features, putting the more-efficient vehicle out of the buyer’s price range.  Furthermore few car buyers have the tools to calculate future gas prices and savings for each vehicle they consider. And consumers’ competing priorities at the time of purchase may diminish the impact of any one factor, such as fuel economy. In general, however, more research is needed on how to allow consumer preferences to be better realized in action.

Fuel economy standards help consumers follow through on their purchase intentions by ensuring a broad array of fuel-efficient vehicle offerings. Consumers recognize this: 79% of Americans (including 68% of Republicans) support increasing fuel efficiency standards. The standards protect domestic manufacturers as well; part of the reason that the American auto industry collapsed in 2008-2010 was that auto producers were unprepared to meet a surge in demand for fuel economy. Rising standards will ensure that manufacturers continue to improve their vehicle offerings, unless the Trump administration gets in the way.

Christine Kormos, Ph.D. contributed to this blog post and report. 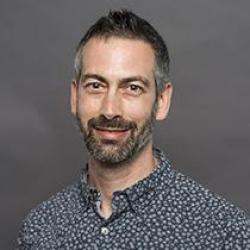