Washington, DC—States could cut energy use in new buildings by as much as a third—significantly reducing utility bills and greenhouse gas emissions—by updating building energy codes with the help of new federal funds. New analysis from the American Council for an Energy-Efficient Economy (ACEEE) identifies the states best positioned to take advantage of the federal funding by analyzing several factors in each state, including energy savings achievable for new buildings under a stronger code, the pace of new building construction, and greenhouse gas (GHG) emissions from buildings. The new analysis allowed ACEEE to evaluate how stronger codes could help states meet their climate targets.

Building energy codes set requirements for building construction, such as for insulation, windows, or heating systems. Stronger codes reduce energy use in new buildings and thus cut utility costs and GHG emissions from burning fuels in the buildings and from power plants that provide the buildings with electricity.

“States with out-of-date building energy codes miss out on a cost-effective pathway to reduce energy use and greenhouse gas emissions, leaving residents with higher utility bills,” said Michael Waite, senior manager in ACEEE’S buildings program and author of the study. “States and cities have an unprecedented opportunity to update their codes thanks to federal assistance. The jurisdictions that would see the greatest benefits should not pass up this opportunity.”

The 10 states most primed to benefit from updating outdated building energy codes are listed below:

The full ranking and details for all states are included in the policy brief. In addition to identifying states that would benefit most from federal funding for updated building energy codes, the analysis shows the diversity of factors that affect the energy, monetary, and GHG savings of higher efficiency building codes. “Ultimately, the benefits depend on how successfully advanced codes are implemented in states and jurisdictions,” Waite said. 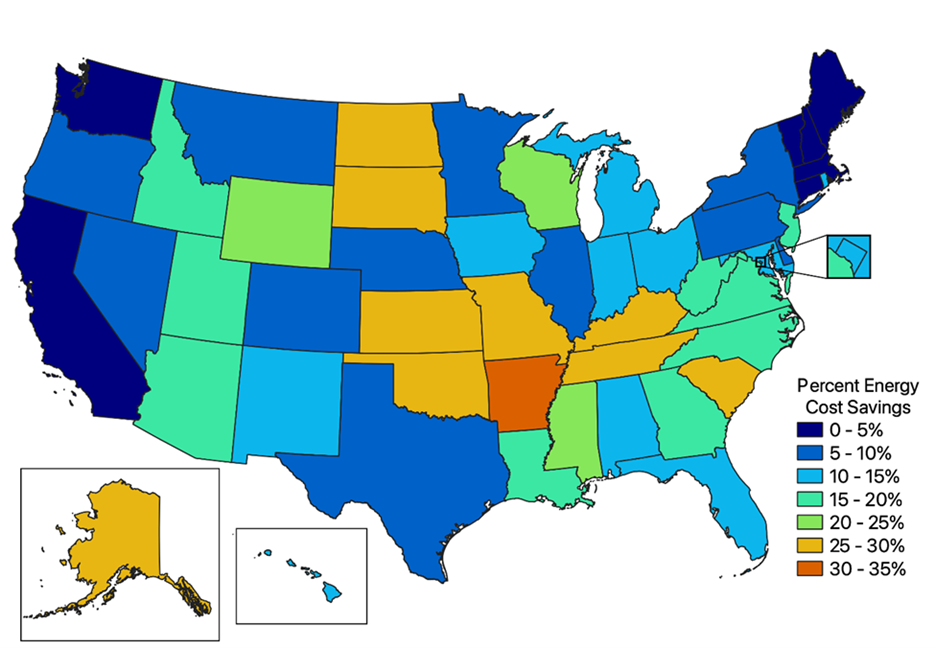 Sun Belt states from the Southeast to the Southwest have among the greatest level of new building construction, meaning those states would see substantial energy, monetary, and GHG savings from updated building codes. Outside the Sun Belt, Colorado, Idaho, South Dakota, and Utah have widespread construction but out-of-date building codes, giving them the opportunity to make significant progress.

GHG emissions from buildings vary widely across the country. States with higher emissions often rely largely on coal for power generation and have significant heating needs, meaning that improving outdated building codes would have the greatest benefit as part of an overall climate strategy.

Most states that have set GHG reduction targets are not on track to meet them, with only Illinois and Maine on a trajectory to meet 2030 climate goals. Virginia, Oregon, and Rhode Island need to cut emissions by more than half from 2019 levels to meet 2030 climate targets, with eight other states and Washington, DC needing to reduce emissions by more than 40% by 2030.

Blog Post
Despite Major Efforts, China Still Needs to Cut Greenhouse Gases by at Least as Much as U...
May 27, 2021
White Paper
Sustaining Utility Natural Gas Efficiency Programs in a Time of Low Gas Prices
Although the low natural gas market prices of the last few years have created challenges for gas utility energy efficiency programs, these programs ...
October 13, 2020 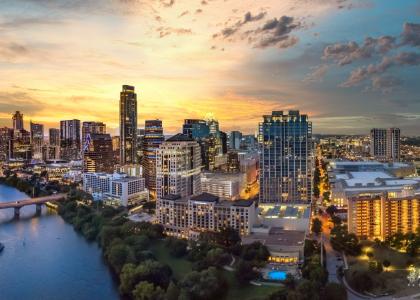