The U.S. Department of Energy (DOE) moved one step closer today to blocking a future administration from cutting the amount of natural gas wasted by furnaces and water heaters.

Two of the biggest energy needs in most buildings are heating the air and heating the water. According to DOE, they together account for 62% of all energy use in the average home. Many homes and buildings use gas furnaces (or boilers) and water heaters. While upgrading to electric heat pumps is often the best answer for reducing greenhouse gas emissions, ensuring that newly installed gas-fired equipment is far more efficient is also critical.

Today, most gas-fired water heaters and about half the gas-fired furnaces and boilers sold allow a significant amount of heat to go up the flue, wasted. Some models, however, capture a portion of that heat and use it, employing what’s known as “condensing” technology. DOE’s action today is aimed to guarantee that the models that needlessly waste that heat remain on the market for years to come.

DOE hasn’t significantly strengthened efficiency standards for home gas furnaces since 1992. Home water heater standards, last updated in 2010, are also among the many overdue for review. When DOE finally updates standards for furnaces and water heaters, to avoid wasted energy and excess climate change emissions, it will be vital that it set the efficiency bar at the levels of models that use condensing technology.

Gas suppliers, however, prefer otherwise. In 2018, the American Gas Association, American Public Gas Association, Natural Gas Supply Association, National Propane Gas Association, and Spire, Inc. formally petitioned the Department, asking it to define condensing and non-condensing equipment as separate categories with separate standards. That would, in effect, make it impossible to subsequently create a standard that requires models to extract heat that would otherwise go up the flue.

In 2019, the Department proposed to essentially follow the petitioners’ request (ASAP, ACEEE and several allies detailed our opposition to the plan in comments last year). Today, DOE published a supplemental proposal refining the idea and even making it slightly worse. It would go beyond the earlier proposal to expand restrictions on future standards by putting intermediate efficiency levels that are short of condensing performance off limits as well, mandating the availability of low-efficiency, atmospherically vented products. DOE is now one step closer to finalizing this rule.

At stake here are big costs for homeowners, businesses, and our climate if the rule prevents or slows a future administration from ensuring that furnaces, water heaters, and boilers are significantly more efficient. Although a new administration could reverse this rule, that will take time.

DOE previously calculated that an efficiency standard for home furnaces based at least in part on condensing technology would save an average household between $500 and $750 over the lifetime of the equipment, when factoring in both the initial purchase and installation prices and the reduced gas bills. And it found that, over 30 years of sales, these more-efficient furnaces would reduce carbon dioxide emissions by up to 275 million metric tons. That’s equivalent to the emissions from 70 coal power plants running for one year.

If you counted all home and commercial furnaces, water heaters, and boilers at stake, the impacts would be even bigger.

Inefficient furnaces, boilers and water heaters should soon be a relic of the past. Today, we’re one step closer to being stuck with gas-wasting models for years or decades to come. 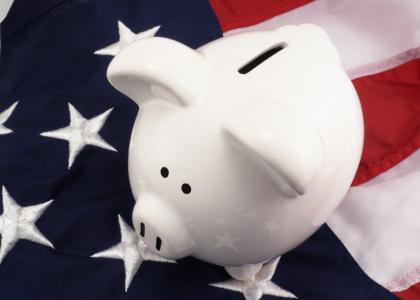