What the tax bill may mean for energy efficiency

Although the tax bill passed by Congress today will bring the largest changes to taxes (and government revenue) seen in decades, we don’t expect the bill to have such a dramatic impact on energy efficiency.

The greatest impacts, both positive and negative, will likely come from the broad changes to tax and revenue. Some companies and families will have more money to spend on efficiency improvements (or on energy-using activities) as a result of the tax cuts; others will have less. The deduction for state and local taxes will be capped, which could make it more difficult for state and local governments to invest taxpayer dollars in efficiency upgrades and programs. Federal deficits will go up, which could increase pressures to cut agency spending, including on efficiency programs.

In addition, two specific provisions will have a relatively direct impact on energy efficiency investments, also both good and bad:

At least as important to energy efficiency is what the bill will not do. A number of other provisions, once again both good and bad, were in the earlier House-passed bill but were dropped in the final negotiations:

The new year is just days away, and will likely bring additional tax efforts, including the potential extenders bill. That bill could propose extending expired tax incentives for efficient home improvements, new homes, and new and improved commercial buildings, in addition to the orphaned tax credits mentioned above.

We will continue to work to advance energy efficiency through tax policy. 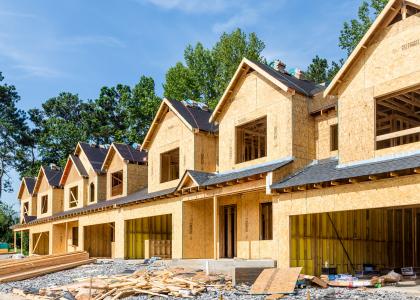 Blog Post
How to Fund Efficiency in Affordable Housing? Finance Forum Speakers Offer Insights
May 5, 2021
White Paper
Understanding Transportation Energy Burdens
Urban sprawl, land use planning, and uneven transportation investments have displaced many low-income households and communities of color into the ...
May 20, 2021
© 2022 All rights reserved.