What do the 2016 election results mean for energy efficiency?

Now that the hard-fought 2016 election is over, I think it is useful to consider its impact on energy efficiency policy. No doubt, a lot of uncertainty remains because of President-elect Donald Trump’s lack of specificity on many issues. Yet given the bipartisan, good-for-business appeal of energy efficiency, I see potential paths forward and work to be done. Of course, we also need to be ready to defend against legislative or administrative attempts to roll back current energy efficiency policies, programs, and funding, which could wipe out the major energy bill savings, job growth, and health benefits that we have achieved.

President-elect Trump has said very little about energy efficiency, so what happens in a Trump administration is likely to depend on his senior appointments, such as the new secretary of energy and the new administrator of the Environmental Protection Agency. Trump has spoken a bit about climate change, which he called a hoax created by the Chinese to suppress the US economy (although he’s tempered these comments more recently). He’s pledged to end the Clean Power Plan and to withdraw from the Paris climate change treaty. To change either of these could well require a multiyear process but he might do little to follow through on either one and essentially let them be unimplemented. And years ago, he said green buildings have not been perfected yet and that it takes 40 years to get your money back, but he also noted that this could get better with technology (see here).

Despite these comments, there may be opportunities for progress. In his victory speech, Trump pledged to increase infrastructure spending. Energy efficiency could be part of that. An infrastructure package could include investments in transportation, water systems, high-speed Internet, and a smart grid, all of which can contribute to economic growth and efficiency. Another possible place for action is tax reform, a very high priority of House Speaker Paul Ryan. While tax reform will primarily focus on tax rates and tax simplification, some energy efficiency provisions might be included, such as overhauling commercial depreciation rules that discourage investments in commercial equipment and changing energy efficiency tax credits so they are performance-based and phase out when markets are transformed (ACEEE is working on both of these issues – see here). And if energy legislation does not pass this year (currently a House-Senate conference committee is working to resolve differences between House- and Senate-passed bills), energy legislation could return next year.

There may also be a few market-oriented areas of opportunity including:

While the focus of this blog post is national policy, the election also affected governors in several states. With Washington likely to do less on energy efficiency, more of the focus for positive gains will switch to the state and local level. The biggest change may happen in North Carolina where the current governor, Pat McCrory, has not been especially supportive of energy efficiency. He appears to have lost his re-election bid by a razor-thin margin, and Governor-elect Roy Cooper is expected to be more supportive of energy efficiency. However, he’ll have to work with a Republican legislature. In addition to North Carolina, the governor’s mansion is switching control in three other states: Vermont, New Hampshire, and Missouri. The new governors in Vermont and New Hampshire probably will not change energy efficiency policy very much. We don’t know much about the new governor of Missouri. In 2016, governors were elected in 12 states; two seats come up in 2017 (New Jersey and Virginia) and the remaining 36 are up in 2018. We also note that Senator Rob Portman’s double-digit victory in Ohio is a strong vote for a moderate Republican in the state, and will hopefully encourage Ohio Governor John Kasich to continue to hold firm against proposals that weaken energy efficiency policy there. ACEEE has worked with Senator Portman on energy efficiency issues for many years.

These are emerging thoughts, and I’m sure the landscape will evolve more as President-elect Trump and other incoming elected officials shape their agendas. ACEEE will keep an eye on these developments and will blog again on these topics once agendas become clearer.

Press Release
Rural Households Spend Much More of Their Income on Energy Bills than Others
September 26, 2019 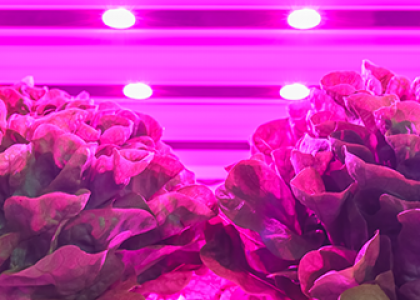