Small but Mighty: How Three Small Cities are Saving Energy and Embracing Renewables

These three ranked among the top scorers in ACEEE's recent analysis of efforts by 30 small U.S. cities to advance energy efficiency, renewable energy, and equity in planning and program delivery. As part of the Sustainable States Community Energy Challenge and with support from the New York Community Trust, we found that while all participating cities are taking steps to reduce greenhouse gas emissions, some are exceeding the efforts of even many of their larger peers.

To see how small cities can lead on climate, let’s take a closer look at how three of the top performers in this group earned their high scores and cut emissions.

San Luis Obispo, California, secured the highest score across all cities, thanks in part to its strong policies to reduce energy use in buildings. The city recently adopted a program to encourage all-electric new construction; it requires that builders either go all-electric or adopt a series of stringent efficiency measures (local amendments to the 2019 California Energy Code) and pre-wire buildings to be ready for future electrification of gas equipment. The city supports building owners and developers with technical guidance to meet the requirements and financial incentives.

San Luis Obispo’s participation in the Monterey Bay Community Power program, meanwhile, provides carbon-free electricity to residents. And the city supports the creation and implementation of energy efficiency workforce development programs through a partnership with neighboring counties. Officials hope that these efforts will substantially reduce greenhouse gas emissions from the building sector and ultimately achieve the city’s goal of carbon neutrality by 2035.

St. Louis Park, Minnesota, earned high scores for integrating clean energy strategies into its local government operations and across the community. The city has adopted energy reduction, renewable electricity, and climate change mitigation goals for the entire community. The city’s Climate Action Plan set an ambitious goal of achieving carbon neutrality by 2040, with a midterm goal of reducing overall carbon emissions by 55% by 2030.

Rockville has encouraged the decarbonization of the electric grid; it has submitted comments to state utility regulators urging them to advance the deployment of renewable energy. The city has also supported bills in Maryland’s legislature to strengthen the state’s renewable portfolio standard, allow community aggregate renewable energy purchases, and support community solar development.

Next steps for communities

Communities of all sizes can use ACEEE’s newly updated Local Clean Energy Self-Scoring Tool to benchmark their progress across five policy areas, identify areas for improvement, and compare themselves to cities included in the 2020 City Clean Energy Scorecard. Small cities can look to match—and beat—the efforts of these leaders and make a big dent in their carbon footprint when they do so. 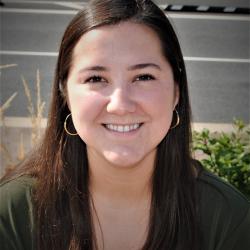