In a decisive 4-1 vote this month, the bipartisan members of the Arizona Corporation Commission heralded a new era for energy efficiency in Arizona, setting new targets utilities must achieve through demand side management programs to help customers save energy and money on their utility bills. The regulators included the policy as part of a broader clean energy rulemaking package that is set for final consideration on Thursday. The package could shape the state’s energy system for years to come.

The much-anticipated vote on Oct. 14, which extended and expanded the state’s existing energy efficiency resource standard (EERS) for electric utilities, couldn’t come at a more important time for ratepayers and the tens of thousands of workers supporting energy-saving programs and services across the state. These programs are vital for to putting Arizonans back to work as part of the economic recovery and for helping customers save money on their energy bills. And with Phoenix recently setting a new annual record of 145 days at or above 100 degrees, the price for keeping homes cool can quickly add up for residents living in inefficient homes in the region. All too often those residents are low and moderate-income individuals.

The stakes were high going into this month’s meeting because the state’s current EERS, which passed unanimously with bipartisan support 10 years ago, was set to expire in December. That standard required utility efficiency programs to achieve at least 22% cumulative annual energy savings by the end of 2020 and has saved ratepayers more than $1.4 billion.

The new rules, filed as an amendment to the pending clean energy rule, include a capacity-based standard requiring savings equal to a 35% reduction in 2020 peak demand by 2030. They also have an annual MWh savings target of 1.3% (averaged over each 3-year planning period) to ensure that a minimum level of investment is maintained in cost-effective energy efficiency programs. The targets would revitalize Arizona’s commitment to energy efficiency. Although since 2010 utility efficiency programs have returned almost $4 in ratepayer benefits for every $1 spent, saved more than billions of gallons of water, and created more than 40,000 jobs across the state in recent years, the policy commitment has been uncertain. This new rule would provide a good foundation for progress.

Though 2020 has offered little to celebrate, Arizona regulators’ recent decision is a welcome bit of good news for the Southwest and the latest in a string of victories for state efficiency standards across the United States in recent months. Currently 27 states, including Arizona’s neighbors California, Nevada, Colorado, and New Mexico, have adopted binding energy savings targets for utility efficiency programs. The most recent additions have been Virginia, where this year lawmakers passed the state’s first ever EERS while charting a path to 100% clean electricity, and New Jersey, where, in June, regulators passed an order finalizing ambitious goals for the state’s utilities to save electricity and natural gas.

At the same time, a growing number of states are adopting ambitious clean energy goals, like those proposed in Arizona, that seek to zero out emissions in the power sector, and in some cases across the economy. In the past two years, nine states―California, Hawaii, Louisiana, Maine, Michigan, Nevada, New Mexico, New York, and Virginia, plus Washington, D.C.―have passed legislation or announced administrative goals to reach power sector carbon neutrality or reduce greenhouse gas emissions by 100%. Ramping up energy efficiency efforts will be necessary to achieve these goals cost effectively, as efficiency reduces loads and the amount of renewable energy and other resources needed. In Arizona, at times of peak demand when the desert heat and changing climate are pushing temperatures into the triple digits, those savings become a key asset for managing grid reliability and reducing costs.

The standards could signal a turning point and resurgent new wave for utility-led energy efficiency efforts in the state, which have suffered from underinvestment in recent years, as well from COVID-19 setbacks. The decision also builds on the momentum of the Commission’s recent approval of Arizona Public Service Company’s 2020 energy efficiency plan, which directs much-needed resources toward improvements in homes, businesses, schools, and low-income households, including specifically to serve households and businesses suffering economically because of the pandemic. Those investments are sure to reduce utility bills and boost the state’s economy.

While much remains uncertain as to how utilities choose to meet the new goals, the recent vote is a promising declaration recognizing efficiency as a vital least cost energy resource and embracing its role in the economic recovery and clean energy transition. The Commission will vote on Thursday on the full comprehensive clean energy rules package and then will need to complete a hearing process before finalizing the rules. Given the timing of next month’s Commission election, with three open seats, implementation of the rulemaking will fall to the next commission. But the resounding bipartisan vote in favor of the standard lays an important regulatory foundation for efficiency programs going forward.

Weston Berg is a senior researcher in the state policy program at ACEEE. Ellen Zuckerman is utility program co-director at the Southwest Energy Efficiency Project (SWEEP) 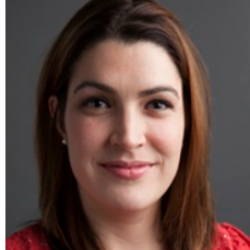 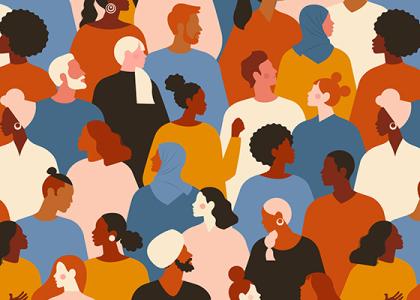