It took a lawsuit, but today the Department of Energy (DOE) published the first new national appliance efficiency standards since 2017. The new standards, finalized under the Obama administration in December 2016 but withheld from official publication by the Trump administration, will cut energy waste for four product categories: portable air conditioners, commercial boilers, uninterruptible power supplies and industrial air compressors.  It’s an eclectic bunch of products, but the savings really add up.

DOE estimates that the new standards will save consumers and businesses about $8.4 billion and cut climate-changing carbon dioxide emissions by nearly 100 million metric tons over a 30-year period.  That’s roughly equivalent to taking 21 million cars off the road for a year.

Depending on the product, manufacturers must comply either two, three or five years from today’s publication of the standards in the Federal Register.

The Appeals Court decision (NRDC v. Perry), published in October, turned on the plain meaning of the words “will publish.” Under a DOE procedure known as the “Error Correction Rule,” DOE must make final rules establishing new or revised appliance standards available for review and allow for a 45-day period during which anyone can point out errors. Errors are limited to “an aspect of the regulatory text of a rule that is inconsistent with what the Secretary intended regarding the rule at the time of posting.“ Examples include typographical, calculation or numbering mistakes.  If no errors are identified by the public or DOE, then, under the rule, the agency “will publish” the new standards in the Federal Register.

In the case of these four rules, one comment identified a single non-substantive error, yet DOE refused to publish the rules anyway. Demonstrating its zeal to avoid regulation regardless of its own rules, the law or the benefits for consumers and the environment, the administration argued that the words “will publish” really meant “may or may not publish.”

Neither the District Court nor the Appeals Court had any sympathy for the administration’s attempt to twist the meaning of “will.”  The unanimous Appeals Court decision said, “the word ‘will’ unambiguously imposes a mandatory duty.”

It’s a shame that the current administration chose to waste three years and who knows how much taxpayer money challenging the meaning of the word “will.” Fortunately, the federal judges on this case have a clear understanding of the English language.

While the court case proceeded, states committed to policies that save people money and continue addressing climate change. In general, once a product has a federal standard, then states cannot set their own standard. But for three of the four products –- portable air conditioners, uninterruptible power supplies and industrial air compressors –- no prior federal standard existed.  As a result, states were free to act.

Several states acted to make sure that efficiency would continue to advance for these products regardless of the outcome of the lawsuits. First Vermont, and subsequently, California, Washington and Colorado, adopted all three standards. Since the state compliance dates are generally sooner than the federal compliance dates published today, these states will achieve savings for their residents sooner. Perhaps some manufacturers will choose to simply comply nationally before the federal compliance dates, rather than meet standards in some states but not others.

These states have not limited their work to just these three products. They and others have generally pursued packages of new efficiency standards, seeking to step up as the federal government has pulled back. ASAP and ACEEE have provided data, analysis and model legislation to assist these efforts.

Keep an eye out for a future post from us on what to expect from the federal appliance standards program in 2020.  Spoiler alert: it’s not pretty if you’re interested in saving energy and money and reducing environmentally damaging emissions. The list of threats is long: the rollback of the light bulb standards, a re-write of DOE’s internal rulemaking process that appears intended to make it harder and more time-consuming to update standards; DOE’s attempt at an end-run around the law’s anti-backsliding clause; a rule designed to ensure that future standards for natural gas appliances do very little to save natural gas; and another that would allow manufacturers to self-assign waivers from DOE test procedures.  All vigorously pursued by DOE while the tally of missed deadlines for updated standards, now at 19, continues to mount.

But the four money-saving and emission-reducing standards published in the Federal Register today show that, although it may take time, these threats can be turned back.

Note:  For readers interested in more details on the specific new standards and what they mean for the products, our 2016 posts provide information as do the rules published by DOE today. 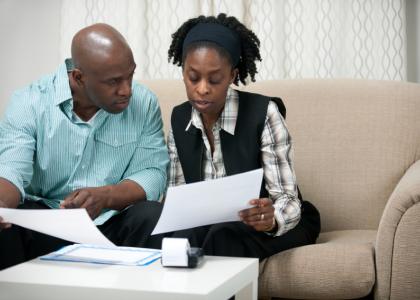 The comments were delivered in reference to Case 18-M-0084: In the Matter of a Comprehensive Energy Efficiency Initiative.
July 1, 2019