Washington, DC—The Biden administration took a major step late Friday toward ensuring most new light bulbs do not waste the bulk of the energy they use, but it is unclear how long inefficient bulbs will remain on the market. The Department of Energy (DOE) proposed to require that everyday light bulbs meet an efficiency standard—easily achieved by today’s LEDs—that had been set to take effect last year before the Trump administration prevented it from doing so.

Each additional month that light bulb standards are delayed costs consumers nearly $300 million in needless energy bills and causes 800,000 tons of preventable carbon dioxide emissions over the lifetime of the inefficient bulbs sold in that month.

DOE is now certain to miss a year-end deadline for finalizing the rule; it hasn’t yet begun a 45-day comment period on the proposal. In an inauguration day executive order, President Biden directed DOE to consider “suspending, revising, or rescinding” Trump-era rules that conflict with his climate objectives. DOE in February identified rules it would review and take final action on by a year-end deadline in the order, including President Trump’s two major light bulb efficiency rollbacks.

Bulb manufacturers requested earlier this year that DOE allow for potentially years of continued sales even after the rule is finalized. The new proposal calls for unspecified “enforcement discretion” and floats a “staggered implementation” approach.

“This progress is welcome news for consumers and for the planet, but the administration is not acting here with the urgency needed to address the climate crisis,” said Steven Nadel, executive director of the American Council for an Energy-Efficient Economy (ACEEE). “The department needs to get this finalized and ensure compliance rapidly because every day manufacturers are making more energy-wasting bulbs for sale.”

Andrew deLaski, executive director of the Appliance Standards Awareness Project (ASAP), said, “It’s time to get this done. The manufacturers have already received a couple extra years beyond Congress’s deadline to sell bulbs that have a short lifespan and waste a lot of energy. Now they’re pushing for more. The department needs to remember that any extra time it takes and compliance flexibility it gives come at the expense of consumers and the climate.”

While sales of LED bulbs have grown rapidly, the newest data available show that about 30% of light bulbs sold nationally in 2020 were still incandescent or halogen incandescent bulbs, which both turn most of the electrical energy they use into heat, not light.

The proposed rule would provide $3.7 billion in annualized total net benefits in today’s dollars, according to DOE, including $2.9 billion in annualized net cost savings for consumers, complemented by the social benefits from reducing greenhouse gas emissions and other pollutants from power plants. The DOE found that the proposal would reduce greenhouse gas emissions by 222 million metric tons over thirty years.

The rule would require that bulbs produce at least 45 lumens per watt (a measure of how much visible light is produced for a given amount of electricity) by reinstating a "backstop" standard mandated by Congress in a bipartisan 2007 law. The Obama administration’s DOE determined the legal backstop had been triggered, setting the stage for the standard to take effect at the beginning of 2020.

After Trump entered office, the National Electrical Manufacturers Association (NEMA)—representing major light bulb manufacturers (Philips [now known as Signify], General Electric, and Sylvania/LEDVANCE)—sued DOE over the Obama determination and a related rule concerning which types of bulbs must meet the standards. The Trump administration settled with NEMA that year, committing to revisit the issue. DOE issued two final rules in 2019, one asserting that the backstop standard had not been triggered and the other exempting types of bulbs that the Obama administration had determined should be covered by standards.

This year, light bulb manufacturers have called for a continued period of sales for halogen and incandescent bulbs should the new proposal be finalized. In June, NEMA submitted comments to DOE asking the agency for another year to continue manufacturing and importing inefficient bulbs, followed by a year more to sell stockpiled inventory. Signify, the world's largest lighting company, seconded the request for more time to make or import wasteful bulbs, followed by the ability to sell the bulbs for a to-be-determined period. The People’s Republic of China called for a “transition period of at least three years.”

The department separately proposed in August to ensure that federal light bulb standards cover not only pear-shaped A-type bulbs but several other common types that the Obama administration had determined should be included, such as reflector bulbs used in recessed and track lighting, candle-shaped bulbs used in wall sconces and other decorative light fixtures, and globe-shaped bulbs often installed in bathrooms. That proposal also has a year-end deadline for finalization. 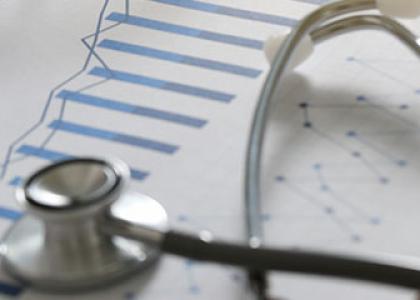