As nearly 43 million Americans hit the road over Memorial Day weekend, they will see firsthand how improved fuel economy saves them money. Put simply, they won’t have to stop as often or spend as much for gas, leaving more time and money for summer fun.

Despite the soaring popularity of crossovers and sport utility vehicles, cars and trucks on average have improved fuel economy over the past 10 years. In fact, the average model year 2018 vehicle is expected to hit 25.4 miles per gallon (up from 21 mpg in 2008), with more efficient options available for every vehicle type.

The resulting fuel savings can be quite substantial. Take the Honda CR-V, the highest-selling SUV last year. Its all-wheel drive model had a maximum fuel economy rating of 22 mpg in 2008 but now gets 29 mpg — a 32% improvement. So for every 1,000 miles, a 2019 AWD CR-V uses 11 fewer gallons of gas.

As a result, a roundtrip cross-country road trip in a new CR-V — from Washington, D.C., to the waters of Malibu Beach, California, for example — would save $178 at current gas prices. Consumers opting for a hybrid option, like the 40 mpg hybrid Toyota RAV4, could save a lot more. 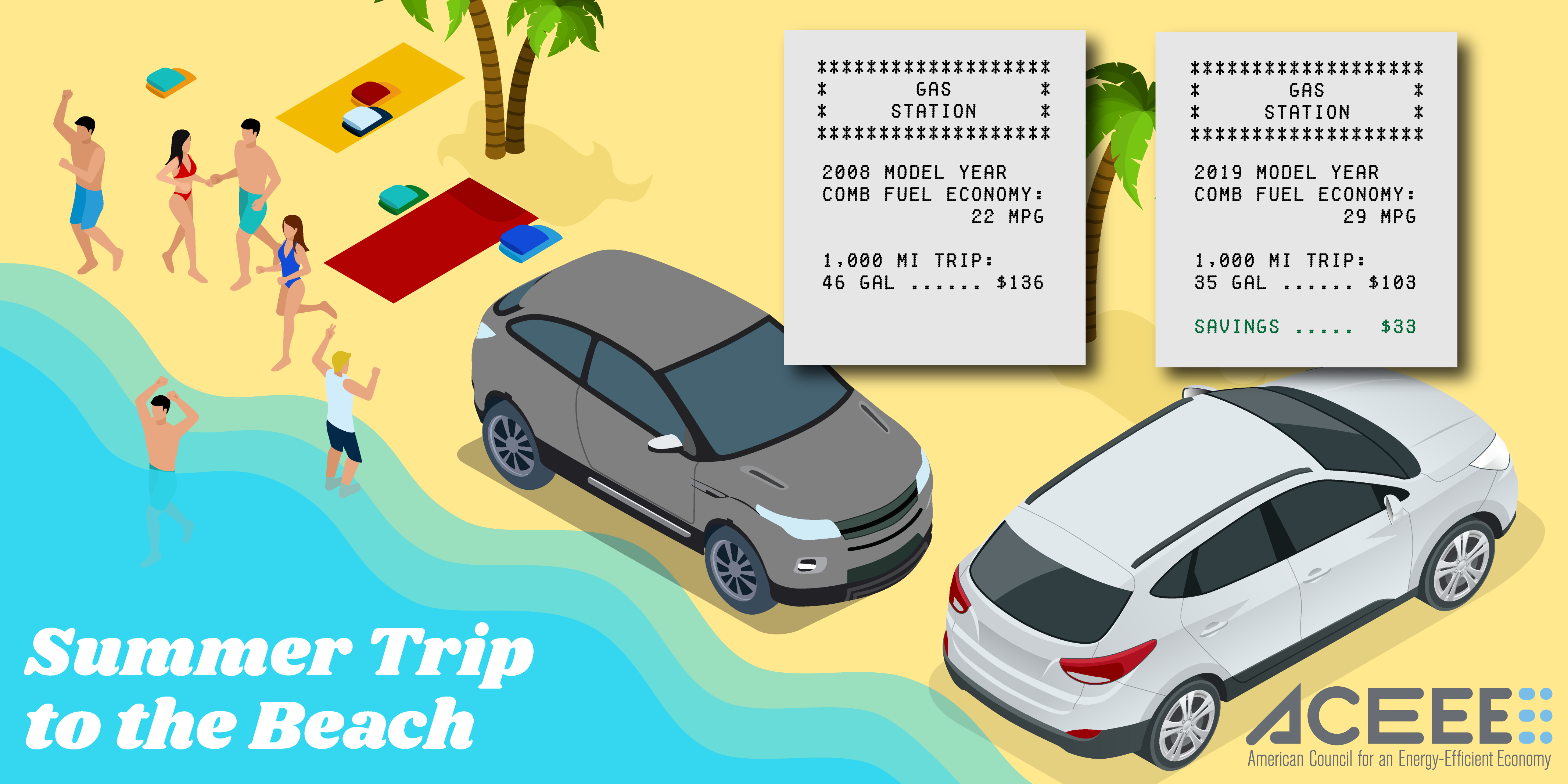 This comparison demonstrates the real-world benefits of increased fuel economy: guaranteed savings at the pump, a smaller impact on families’ budgets when gas prices rise, and less harmful pollution from vehicle exhausts. We use the SUV and crossover examples because of their sheer popularity, but nearly all new mainstream cars, trucks, and SUVs offer substantial savings over the older models they replace.

Owners of used cars can also benefit from fuel economy standards. Because fuel economy has been steadily improving for almost a decade, more efficient vehicles have become widely available in the used car market. You can easily explore vehicle options at greenercars.org and calculate your own potential fuel savings with the vehicles of your choice using the fueleconomy.gov trip calculator.

Fuel economy gains of this magnitude wouldn’t occur without fuel economy standards. But the US administration, using faulty data, is planning to roll back those standards for vehicle model years 2021-2025 and to take away a state’s right to independently set its own air quality standards.

If the fuel economy standards are rolled back to 2020 levels, drivers will spend more money at the pump for years to come and will be more vulnerable to fluctuating gas prices. But if standards remain in place, a small SUV meeting model year 2025 fuel economy requirements would average about 37 MPG, saving $55 and 18 gallons of gas for every 1,000 miles driven, compared to the 2008 model. Our fuel economy standards need to remain in place to keep good, old-fashioned road trips affordable for American families.