Across the United States, the push for net-zero energy buildings is gaining momentum. Because this trend holds great promise for deep energy savings, next month’s Summer Study on Energy Efficiency in Buildings will devote an entire panel — with 30 presentations — to the topic.

As part of the “Zero Energy – Moving Beyond 1%” Panel 10, speakers will explore cutting-edge efforts to build homes, affordable housing, schools, and communities that use as little energy as possible by incorporating efficiency measures and renewable power generation. College campuses are showing leadership in this area, and to further their impact ACEEE launched the Shrink Your Dorm Print campaign last summer to help students save energy. 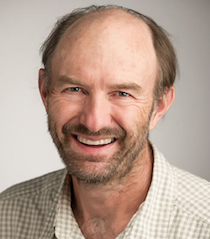 To learn more about campus efforts, I reached out to Otto Van Geet, one of our Summer Study speakers. He’s principal engineer in the Integrated Applications Center at the National Renewable Energy Laboratory, which has tools to help universities develop and implement their energy-reduction plans. He’s also lead author of the paper, “Zero Energy University Campuses: A 2018 Progress Update on Reaching Campus Energy Goals.” In our conversation, excerpted below, Van Geet gives highlights of the paper that he will present at Summer Study.

Your paper says universities are aggressively seeking to cut energy waste. How many are taking action?

As of early 2018, more than 650 institutions from all 50 states have signed up for the American College & University Presidents’ Climate Commitment, launched in 2007. Several have pledged climate goals for their entire university system. For example, the University of California has pledged to become carbon neutral by 2025 (buildings and vehicle fleet). One of the most rigorous sustainability ratings is the Association for the Advancement of Sustainability in Higher Education Sustainability Tracking, Assessment & Rating System (STARS). By June 2018, more than 900 institutions had registered to use STARS.

Which approaches seem to be working best and why?

As we lay out in this paper, a long-term goal commitment with year-to-year specific action plans and commitments works well.

You talk about combined heat and power (CHP) systems. How are universities adopting them?

Many universities have CHP and a few more are considering it. CHP can also provide resilience in the form of electricity (and heat) in the event of a grid outage if the CHP system and electric infrastructure are designed to island from the grid. Many universities have CHP systems that use natural gas as a fuel. If a university has a zero-carbon goal and CHP, the fuel must be zero carbon, such as biomethane, biodiesel, or hydrogen generated from zero-carbon energy sources. Because of zero-carbon goals, some universities are removing their legacy CHP systems. In 2015, Stanford removed its existing CHP central plant and added a district electric heat pump heat recovery central plant with thermal energy storage, 5 MW of on-site photovoltaic (PV), and 68 MW of off-site PV. This system has been a key to reaching more than 50% campus-wide renewable electricity.

What are your four design principles for new zero-energy buildings and campus retrofits?

What’s the most important thing for universities to consider when trying to save energy?

Focus on laboratory building energy use. A typical laboratory is three to four times more energy intensive than an average commercial building, and laboratories can account for up to 70% of a campus’s energy footprint. When the University of California Irvine (UCI) set a goal of becoming carbon neutral by 2025, it discovered that lab buildings were approximately 20% of the campus building area but consumed 65% of the energy on the UCI campus. UCI began the Smart Labs Initiative and was able to reduce the energy use of 10 lab buildings by an average of 60% by implementing Smart Labs strategies. DOE initiated the Better Buildings Smart Lab Accelerator (BBSLA) based largely on the UCI Smart Labs. The BBSLA works with partners that commit to reducing energy use in labs by at least 20% over the next 10 years.

Looking 10 years into the future, how much progress will universities likely make and what might it look like?

All will have large on-site PV systems and significant off-site PV and wind procurement methods. All new buildings will be zero energy and/or zero energy ready, and they will be making meaningful progress toward reaching their campus climate and energy goals.

Topic Brief
Energy Efficiency and Corporate Sustainability: Saving Money While Meeting Climate Goals
US companies should make energy efficiency the foundation of their commitment to addressing climate change because it can yield large reductions in ...
November 20, 2019 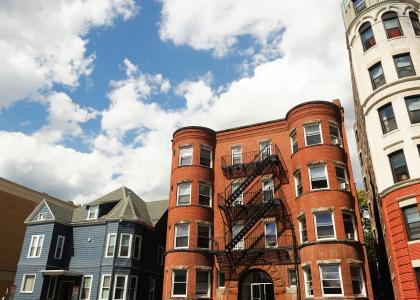