Vehicle standards spur fuel economy gains. A rollback would throw us into reverse.

With the threat of a rollback looming, two new reports from the Environmental Protection Agency (EPA) show that federal fuel economy and greenhouse gas emissions standards for vehicles are working. Furthermore, new models, such as those on display at the Detroit Auto Show this week, show that additional gains are within reach.

EPA released the new Light-Duty Automotive Technology, Carbon Dioxide Emissions, and Fuel Economy Trends report last week, showing that average fuel economy of new vehicles increased 0.1 miles per gallon from model year 2015 to model year 2016. Should we celebrate that fuel economy is increasing, even as consumers buy bigger vehicles? Or should we lament the slow pace of progress, despite advances in vehicle technology appearing in the news almost daily?

Both, of course. That fuel economy continues to rise is unquestionably the result of tightening fuel economy and greenhouse gas emissions standards. As the Manufacturer Performance Report showed, automakers stayed in compliance with greenhouse gas emissions standards, despite the paltry increase in average miles per gallon, by spending some of the credits they’d accumulated through over-compliance in prior years. And they have plenty left in the bank: the industry spent only 11% of available credits to comply with the model year 2016 greenhouse gas standards.

Why such slow progress on average fuel economy?

Many people are buying crossovers, which consume more fuel than cars do. Had consumers maintained 2015 buying patterns in 2016, fuel economy would have increased 0.3 miles per gallon. But this is still less than one-third the efficiency gain anticipated for model year 2016 when the standards were adopted.

As it turns out, cars and pickup trucks separately increased their average fuel economy by only 0.1 mpg in 2016. In the case of pickups, one might expect manufacturers to emphasize that 2016 was not a year of major redesign for the big pickup brands. They might point to exciting upgrades to the Ram and Silverado/Sierra pickups coming in 2019. Or to the 37-mpg F-150 with an Achates opposed-piston engine on display at the Detroit Auto Show, expected to hit the market around 2020, beating the model year 2025 standard by 12% at an incremental cost far below EPA’s projected compliance costs.

Instead, manufacturers are citing their meager fuel economy gains in 2016 and 2017 as evidence that the standards need to be rolled back. They’ve got the administration’s ear: an earlier determination that rising standards through model year 2025 remain appropriate has been reopened, and a new proposal is expected on March 30th.

Data are key to continued progress

In the meantime, it’s a relief to see EPA’s venerable Trends Report appear this year, only months after the Vehicle and Fuel Emissions Lab that produces these reports—and generates the data underlying them—faced a near-death experience in the FY 2018 budget process. The reports, which are models of adept data analysis and transparency, are the authoritative source of information on these timely issues.

Fuel economy matters. An extra mile per gallon would have saved drivers $13 billion at the pump last year, even at the relatively low average gasoline price of $2.40 per gallon—and those prices won’t last. If the administration decides to roll back these valuable vehicle standards, consumers, the environment, and the US economy will pay the price.

Comments to the Florida Public Service Commission on FEECA

Comments to the Florida PSC on the topic of FEECA, including ACEEE recommendations on energy efficiency standards. RE: docket numbers 20190015-EG ...
August 5, 2019 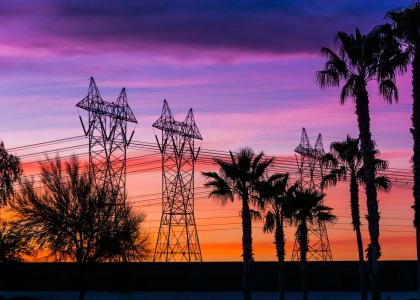 Blog Post
This Is The Year For Florida To Get Utilities’ Energy-saving Programs Back On Track
January 14, 2021
© 2022 All rights reserved.