To Undo the Damage of Trump Rollbacks, Biden Needs to Set Car Standards Stronger than Obama’s

The Biden administration can soon undo the damage of President Trump’s clean car rollback, but only by setting more stringent standards to make up for lost progress. In the face of recent climate change-related extreme heat and flooding events, the administration can’t afford to lose this opportunity when it proposes new standards, due this month.

We modeled the impact of several options. We found that, at a minimum, Biden would need to ramp up to a fleetwide standard of 55 miles per gallon-equivalent (mpg) or 161 grams per mile (gpm) of carbon dioxide (CO2) emissions by the 2026 model year to undo the damage of the less-efficient models being sold now because of the Trump rollback.

Anything less ambitious would bring several more years of needlessly inefficient vehicles, locking in 15 years or more of extra greenhouse gas (GHG) emissions. If the administration set standards that simply reached the same fleetwide average as the Obama standards by 2026, it would recover only two-thirds of the emissions reductions possible under the Obama program. Achieving the President’s climate goal of a 50-52% reduction in overall emissions by 2030 almost certainly requires stronger action.

The Obama administration’s standards, set in 2012, required approximately 4.7% annual growth in efficiency for model years (MY) 2021 to 2025, reaching 47 mpg-equivalent or 190 gpm (this is below the originally announced figure of 54.5 mpg largely due to a larger than expected share of vehicles sold being light trucks rather than cars). However, the Trump administration undid these standards with the Safe Affordable Fuel Efficient (SAFE) rule, which requires only 1.5% annual growth. ACEEE’s analysis found that the SAFE rule would mean losing almost 80% of the lifetime emissions reductions for MYs 2021-2026 compared to the Obama standards. Some of this damage is already done: The MY 2021 and 2022 cars are here. At stake now are the standards for the 2023-2026 model years.

Possibilities for a New Standard

The standards for MY2023-2026 could take a variety of forms. Below we highlight the impacts of possibilities discussed by observers.

To ensure momentum in vehicle efficiency, in 2019 California announced it had reached a Memorandum of Understanding (MOU) with four automakers (now five) to require an annual growth rate of 3.7% for these automakers. While this is an improvement over the Trump standard, it still provides fewer emissions benefits than the original Obama standards.

One possibility mentioned in the press is using the California MOU as the basis for new federal standards. This would mean a 3.7% annual growth rate for all automakers for MY 2023-2026, not just the five current signatories to the deal. We found that this standard would recover only about 31% of the possible emissions reductions under the Obama standards for MY 2021-2026, reaching 43 mpg-equivalent or 205 gpm by the 2026. This is a result of both smaller annual improvements in efficiency and added flexibilities given to automakers in the MOU. The biggest flexibility is that automakers can meet one percentage point of the 3.7% annual growth by giving extra weight to electric vehicles (EVs) sold. This is known as the “EV multiplier” and is explained further below. Our analysis assumes that in all scenarios, EVs reach about 10% of new light-duty vehicles sales by 2026.

This scenario assumes that the standards account for the emissions from the electricity powering EVs, called “upstream accounting” (explained below) and that there are no multipliers for EVs. Without upstream accounting and with EV multipliers, the annual rate would have to be higher to avoid more erosion in emissions reductions. Because we need to make up for lost time because of the Trump rollback, simply achieving the improvement rate of the Obama standards would be insufficient.

To recover the full emissions reductions that the Obama standards would have delivered, the new standards would need to reach a compliance level of at least 55 mpg-equivalent or 161 gpm by MY 2026. This would make up for near stagnation in the standards for model years 2021 and 2022 by surpassing the Obama standard for MY 2026, which is 47 mpg-equivalent or 190 gpm. This ambitious rate of growth can be achieved using current technology and increased electrification, with both greater use of hybrid technology and full battery-electric vehicles. Since the Obama standards were first introduced, technology has advanced rapidly with more affordable and high-performing hybrids and EVs. We should not limit our ambition to the assumptions of 10 years ago when designing new standards.

This scenario also assumes upstream EV accounting is included and that and no EV multiplier flexibilities are provided to maximize emissions reductions from the new MY 2023-2026 standard. Appropriately accounting for EVs can have a significant impact on real-world emissions and is increasingly important as EVs proliferate. If either or both of these assumptions do not hold, the annual growth rate from the new Biden standards will need to be 1-2 percentage points higher.

If the Biden administration were to build in flexibilities like those in the California MOU, the ambition of the standard would be significantly reduced. EV multipliers allow automakers to give extra weight to EVs (often 1.5 or 2x weight) when calculating their fleetwide average, which means that they can use EVs to offset the sales of larger, higher-emitting vehicles. Automakers need to meet an annual sales-weighted average efficiency level and the EV multipliers give disproportionate weight to EVs, which are generally more efficient. This means that each electric model sold actually increases overall fleetwide emissions despite EVs themselves emitting less. Also, while the multipliers may have been introduced to spur EV sales, there is evidence to suggest they are not having that effect and may actually hinder EV sales. The Obama standards included a phase-out of these multipliers by MY 2021.

Another major flexibility involves not counting upstream emissions for EVs. This means that EVs are treated as entirely zero-emission vehicles, which ignores the carbon dioxide emissions from generating the electricity they run on. This treatment, like the EV multiplier, gives too much credit to EVs and increases overall emissions by allowing automakers to sell less efficient internal-combustion engine vehicles. The lack of upstream accounting can actually make the negative effect of EV multipliers worse. Because EV multipliers give greater weight to EVs in compliance, if EVs are also treated as having zero emissions, their sales make it even easier for automakers to comply while selling inefficient vehicles. Both of these flexibilities should be avoided in the upcoming standards.

The Biden administration has an important opportunity with these standards to set the United States on a course for greater fuel efficiency, increased vehicle electrification, and larger GHG emission reductions from vehicles. If we are to meet our national greenhouse gas emissions targets, it is vital that, at a minimum, the new standards fully recover the benefits of the Obama program. 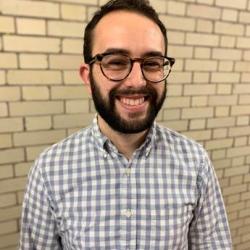