As U.S. Decarbonizes, Here’s How to Meet Energy Needs in Seven Challenging Sectors

Electricity can provide energy for most U.S. applications by the 2040s, but it will likely not be able to meet all needs in certain sectors, particularly for high-temperature industrial processes and long-distance airplanes, according to an ACEEE analysis that estimates the need for alternate fuel sources for seven applications.

As the U.S. moves toward decarbonizing its economy, these alternative fuels will need to have net-zero carbon emissions. Examples include fuels derived from biomass, hydrogen produced with zero-emission electricity (e.g., renewable energy, nuclear), and synthetic fuels. We present our analysis, which follows our prior look at electrification’s large opportunities in three sectors, to further discussions on strategies to fully decarbonize all U.S. energy use.

Our new analysis finds a need for about 9 quadrillion Btu (quads) of fuels in 2040, which is less than 10% of total current U.S. energy use. Our estimates are highly approximate and are illustrated in the chart below and detailed at the end of this blog post. 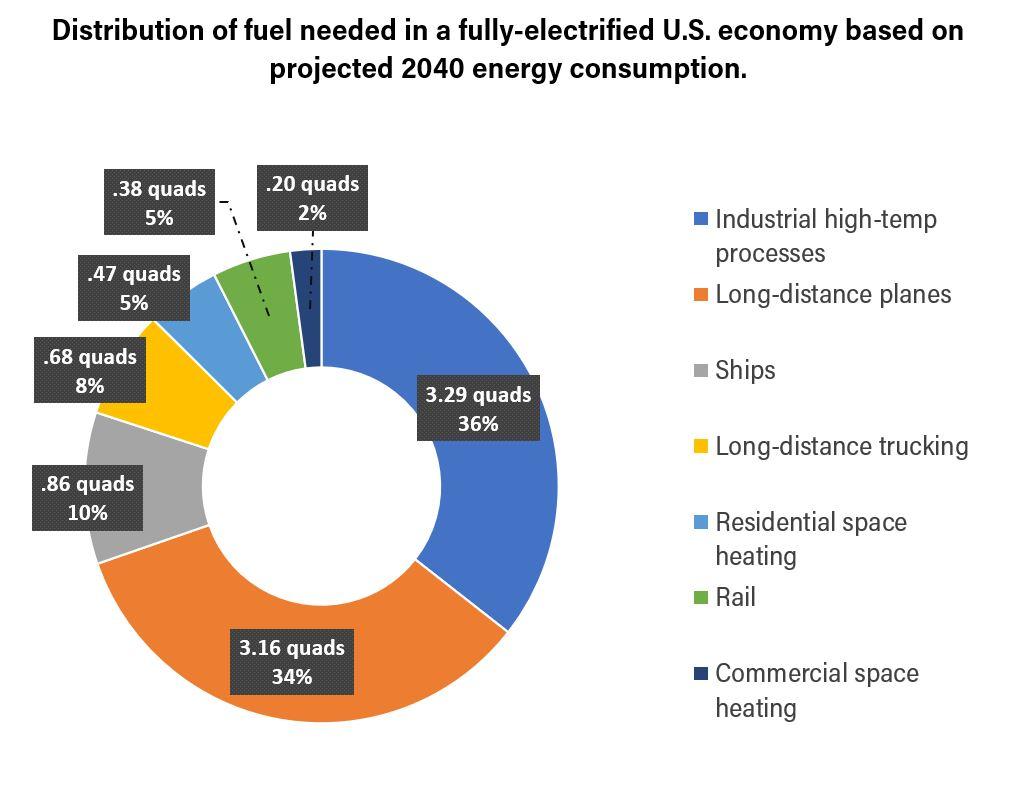 Distribution of fuel needed in a fully electrified U.S. economy based on projected 2040 energy consumption. Source: ACEEE analysis described at the bottom of this blog post.

The role of energy efficiency

For most fuel uses, electric vehicles and heat pumps are more efficient than conventional vehicles and heating systems. Thus, electrification, done right, is a form of energy efficiency. Efficiency can play a large role in reducing the amount of energy we need. It can include a broad array of measures, ranging from better-weatherized buildings that need less heat to better-optimized industrial processes.

Our analysis of fuel needs is based on projected U.S. energy use in 2040 in the Reference Case of the U.S. Energy Information Administration’s (EIA’s) Annual Energy Outlook, which includes only a moderate amount of efficiency. In the sections below, we discuss fuel needs for each of the sectors shown in the pie chart and also note additional opportunities for energy efficiency.

Industry uses heat for melting, drying, and aiding chemical transformations. Heat pumps can provide much of this heat, but they cannot handle applications that require particularly high temperatures. Zuhldorf finds that industrial heat pumps might be able to serve processes needing temperatures as high as 280° C (526 F), but McMillan estimates that about 30% of industrial heating needs exceed that.

These higher temperature loads will require about 3.3 quadrillion Btu of energy (“quads”) in 2040 in the EIA reference case. This fuel need can be reduced by implementing efficiency measures ranging from reducing steam leaks, to improved industrial processes that use no or less high-temperature steam (e.g., infrared heating, ultraviolet curing), to changing to products that need less heat (e.g., substituting engineered lumber for steel where possible).

Industry is often located in clusters; in many cases, the fuel needed can be provided by hydrogen from regional hydrogen networks. Presently, such a network exists in Louisiana and Texas, and expansion has been proposed for Houston. However, this hydrogen is presently produced from natural gas, and in the long term. this will largely need to be converted to electrolysis using carbon-free electricity.

This discussion covers only fuels that are burned and does not include hydrocarbons that are used as raw materials to produce such goods as plastics and many chemicals, because in these other applications, the carbon is commonly incorporated into products and not released into the air.

Air travel is a major energy use and is projected to continue growing. Electric planes are being developed and perhaps can cover trips up to about 500 miles. Beyond that, the weight of the batteries substantially restricts the size of loads, although electric motors can continue to be used as part of hybrid electric/fuel aircraft (see here). Data from the Bureau of Transportation Statistics indicate that in the first two months of 2021, 87% of U.S. flight miles were on flights of more than 500 miles.

These longer flights will require about 3.2 quads of energy in 2040 in the EIA reference case. More-efficient engines and airframes, operational improvements, and changes in travel can reduce this further; Greene and Plotkin estimate 32% potential savings by 2035. In the longer run, remaining energy could perhaps come from hydrogen (e.g., Airbus is developing several hydrogen-fueled planes). In the nearer term, biofuels and synthetic fuels might be used.

Ships often travel long distances. While electricity can be used for short trips (e.g., an electric container ship is now operating in Norway), as with planes, the weight of batteries impinges on the amount of cargo that can be carried. Smil discusses some of the issues involved. We estimate that fuels might be needed for as much as 90% of shipping, which would require about 0.9 quads of energy in 2040 for U.S. domestic shipping plus fuel provided in U.S. ports for international shipping. Again, efficiency can be improved; the International Maritime Organization now requires that new ships be designed to meet Energy Efficiency Design Index requirements, which look at both energy use and carbon emissions. To supply this energy, alternative fuels are being explored, including biodiesel, ethanol, methanol, hydrogen, and synthetic fuels.

A recent ACEEE report finds that electric trucks can serve most trucking needs. The exception is for long-distance runs of more than 500 miles. Beyond about 500 miles, the cost and weight of additional batteries will generally make fuel cell trucks a better option. Electric trucks and buses are already available for purchase; tractor-trailers that can go long distances on a single charge are scheduled for sale later this year (including one with a 500-mile range). To maximize range, a variety of efficiency improvements are being included; operational improvements, such as those enabled by information and communication technologies, can improve efficiency further (as will be shown in a forthcoming ACEEE white paper). Fuel cell trucks using hydrogen are also being developed. Census data indicate that about 13% of heavy-truck miles are in trips of 500 miles or more. If these trips use hydrogen, about 0.7 quads of fuel will be needed in 2040.

Previous ACEEE research found that cold-climate heat pumps can supply heat in very cold weather (down to about 5° F [-15 C] and sometimes lower). New highly efficient homes can function with minimal back-up electric resistance heat. For example, Efficiency Vermont has worked on projects that function down to -25°F with only a small electric heating coil.

However, it is difficult to make an existing house that efficient. Field studies by the Center for Energy and the Environment found that in metro Minneapolis, cold-climate heat pumps can reduce winter energy use by 65% on average, with the remaining energy coming from a backup gas furnace. While backup electric resistance heat can be used, in cold climates this would often require extensive and expensive grid upgrades; backup fuel-based heating may be a better option.

EIA’s Residential Energy Consumption Survey estimates that 60% of U.S. residential heating is in cold climates (shown in the map below). If we assume that existing homes in cold climates need some type of fuel backup, accounting for 20% of their heating demand (allowing for the fact that Minnesota is colder than the cold climate average), then 0.5 quads of fuels will be needed for residential heating. While some homes may need fuels for water heating and other end-uses, energy efficiency home upgrades can substantially reduce the amount of fuel needed for space heating. 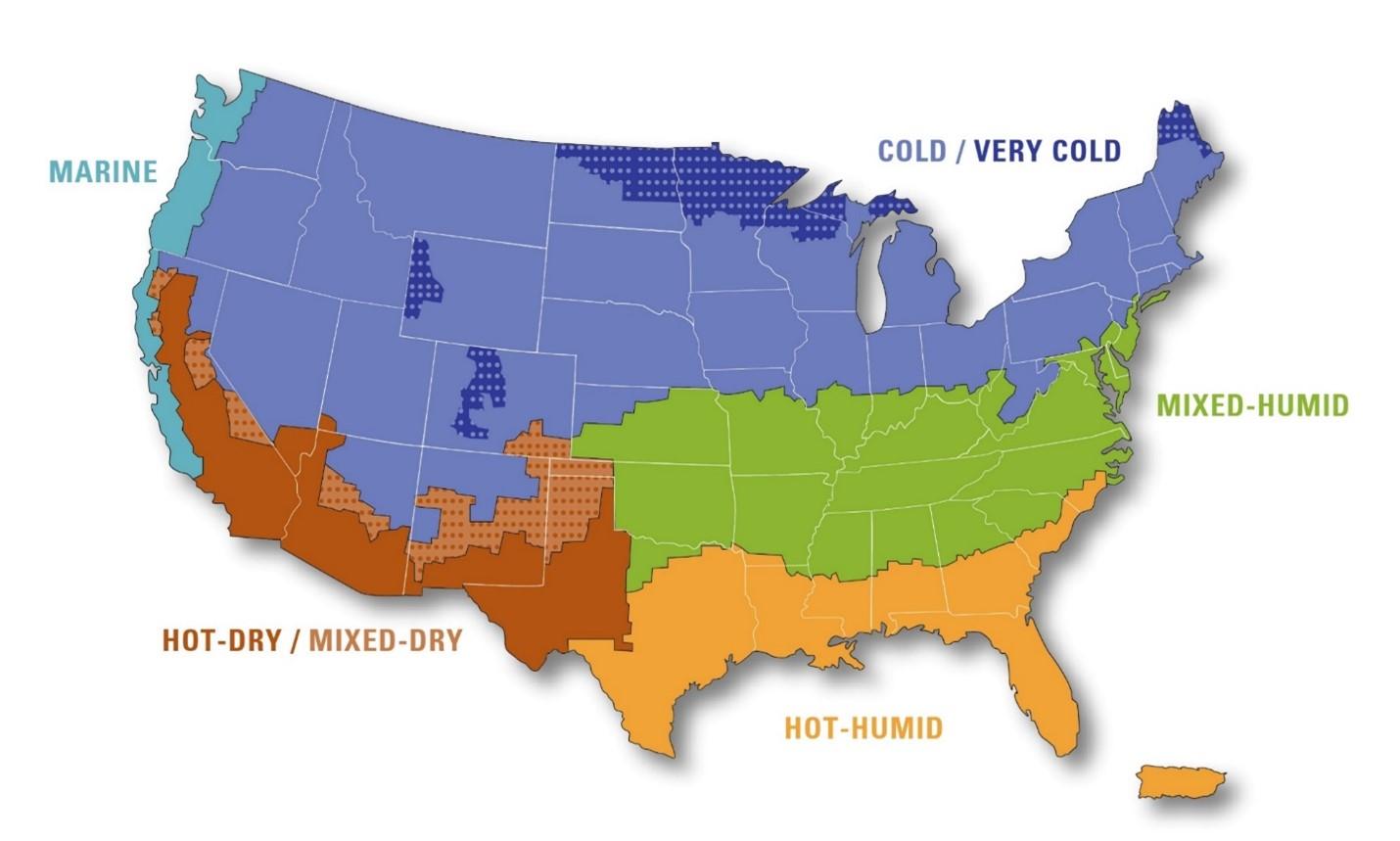 To serve these fuel needs, what the gas industry calls renewable natural gas (RNG — biofuel that has been refined to be similar to natural gas) is perhaps the most likely solution, but hydrogen is another option. In dense areas such as cities, these fuels can often be provided via gas distribution networks, either existing networks for RNG, or new networks for hydrogen (because current networks are generally too leaky to accommodate hydrogen). This fuel would be used only on the coldest days of the year, and therefore more analysis is needed on the economics of maintaining gas distribution networks for use on only cold days. In areas where maintaining distribution networks is not feasible, bottled compressed RNG might be used; because the fuel will be rarely used, tanks might require only annual refills.

Similarly, in the commercial sector, several projects using large-scale heat pumps illustrate the usefulness of a fuel backup for cold days. A recent ACEEE study on electrifying commercial buildings notes several examples of projects where heat pumps supply about 90% of heat, with the remainder from gas. If we assume this 10% applies on average to U.S. commercial space heating (plus some other uses, minus efficiency savings), about 0.2 quads of fuel will be needed. This fuel will be supplied in ways similar to in the residential sector, but larger commercial buildings are more likely to use piped gas.

Some U.S. railroads are electrified, most are not. One analysis estimates that 15-30% of U.S. rail lines can be electrified cost effectively. If we take the midpoint of this range and apply it to railroad energy use in the EIA reference case, we will need about 0.4 quads of fuel. Greene and Plotkin discuss a variety of ways to reduce train energy use, including more-efficient engines, hybrid engines (similar to a hybrid car), regenerative braking, reducing mass of railcars, and improved operations and maintenance. Decarbonized fuel to serve remaining loads might include hydrogen (e.g., General Motors and Wabtec Locomotives just announced a fuel cell engine partnership) as well as many of the fuel options discussed above for shipping.

The numbers discussed in this blog post are highly approximate – we welcome feedback on them. Ultimately, electricity can serve most loads, but some fuel will also be needed. Energy efficiency can reduce the amount of fuel and electricity needed. The end-uses needing the most attention to develop carbon-free fuels are high-temperature industrial processes, airplanes, ships, and long-distance trucks.

Details of our analysis are shown in the chart below. Sources are noted in the hyperlinks provided in the discussion. 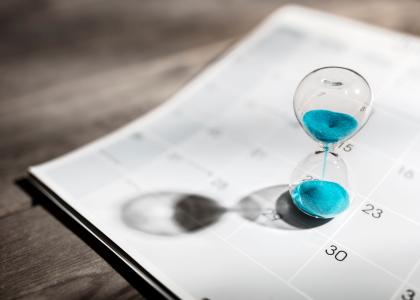 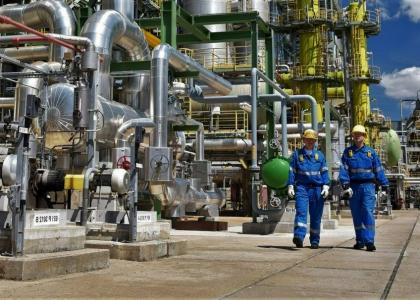