Washington, DC is set to become the eighth U.S. jurisdiction to adopt energy-saving standards for common household and commercial products since the start of the Trump administration. On Tuesday afternoon, the DC Council voted unanimously in support of the measure, which will cut utility bills for consumers and businesses and help meet the district’s target of cutting greenhouse gas emissions in half by 2032.

In 2025 alone, the bill will save consumers and businesses $19 million and cut carbon dioxide emissions by 25,000 metric tons, equivalent to taking 5,400 automobiles off the road. Savings climb to $54 million annually by 2035.

The bill (B23-0204), sponsored by Councilmember Mary Cheh, adopts energy and water efficiency standards for 15 products including faucets, showerheads, water coolers, and commercial cooking equipment. All states and DC have the power to set standards for products that do not have federal standards, and in some cases—plumbing products, for example—when the U.S. Department of Energy (DOE) has waived federal preemption. With its new bill, DC joins California, Colorado, Hawaii, Nevada, New York, Vermont, and Washington in adopting new appliance standards since 2017, several of which counteract federal rollbacks.

The bill includes efficiency standards for certain light bulbs, including many types of cone-shaped bulbs used frequently in recessed lighting. With these provisions, DC will become the sixth jurisdiction to essentially counter part of the Trump administration’s rollbacks of bulb standards, and consumers in these jurisdictions will soon see more efficient products on store shelves (manufacturers of inefficient bulbs opposed the bill, without success).

The passage of this bill and others like it have been crucial to advancing efficiency on the state level while the Trump administration’s DOE has stalled, delayed, and rolled back standards on the federal level. Over the last four years, DOE has missed deadlines for updating standards for nearly 30 products. The Biden administration will have to play catch up on these overdue federal standards. The products in the DC bill are—for the most part—not included in the federal standards program, so more states and local jurisdictions need to act by setting their own standards. Climate change isn’t taking a break and federal, state, and local governments can’t either.

Legislators in about a dozen states, including Maryland, Pennsylvania, and New Jersey, have already filed, or indicated they plan to file appliance standards legislation similar to the DC bill.

The bill will go into effect one year after final approval. 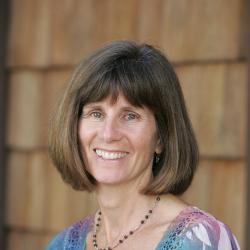