Before the COVID-19 pandemic, U.S. cities were reducing building energy use, and at least two factors contributed to that change: the age of a city’s housing stock and the relative size of its low-income population, according to an ACEEE report released today that should help guide local policy decisions.

The report explores several factors that can influence building energy use, curtail greenhouse gas (GHG) emissions, and combat climate change. The results clearly point to ways local governments can reduce building energy use and emissions. Still, because many municipalities do not report detailed, comparable, annual policy data, the study could not account for all energy-saving or climate mitigation actions taken by local governments. 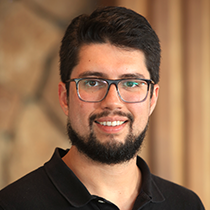 To learn more, we talked to Stefen Samarripas, lead author and ACEEE senior research analyst. He analyzed 2013–2016 data, finding that per capita building electricity use in U.S. cities fell at an annual rate of 1% — faster than the national average — and that per capita natural gas use declined 4% annually.

1. How have local government actions contributed to declines in building energy use?

We discovered that per capita energy use and GHG emissions decline as the share of a population with low incomes and the share of households living in older homes decline. Both factors can be heavily influenced by local government decisions, and both are associated with substantial declines in energy use and GHG emissions. We found that local governments have an opportunity to reduce per capita energy use by increasing the pace of energy-efficient housing construction projects while designing and implementing carefully targeted initiatives that improve access to energy-efficient affordable housing for low-income households.

2. How are GHG emissions and the share of people living in older homes related to one another?

Older homes that were constructed before the advent of energy efficiency standards or when less-efficient codes were in place tend to use more energy, and that can lead to more GHG emissions. Older homes may also use more energy because they’ve experienced more wear and tear over the years.

However, this doesn’t have to be the case. Older homes that have been well maintained or have undergone retrofits can be just as efficient as new homes, but the reality is that a relatively small share of older homes have been kept up or improved. Cities have an opportunity to reduce per capita energy use and GHG emissions by increasing the construction of new efficient homes and increasing the pace of home renovation projects that improve energy efficiency. Cities can do this by mandating or incentivizing stringent energy efficiency standards for housing construction projects, streamlining the permit and inspection process, and amending zoning codes to allow for the construction of more housing units.

3. What’s behind your finding that reduced energy consumption across cities is related to fewer low-income households? What does this indicate about the low-income housing stock and energy use?

Many low-income households are finding it extremely challenging to find affordable housing. To keep their housing costs manageable, many are occupying homes that are often not well maintained and have older appliances, leading to higher energy consumption and bills. These households typically don’t have the resources to make efficiency improvements. Many are also renters and can’t make changes without their landlord’s permission. Recent data also indicate that the average size of a low-income home is increasing, leading to a larger energy and carbon footprint. While we don’t know the exact causes of this shift, it could be that many of the single-family homes that went through foreclosure during the Great Recession are now being rented to low-income households.

These are all possible explanations for why per capita energy use is higher in places where low-income people make up a larger share of the total population. Cities have seen an increase in middle- and high-income households in recent years, and this has been accompanied by declining per capita energy use. It’s possible that increases in economic mobility in cities are leading to higher incomes and to shrinking low-income populations, but we should recognize that these shifts could also be due to the displacement of low-income households from unaffordable city neighborhoods. In our report, we explore how local government leaders are using low-income efficiency initiatives to weaken the relationship between income and per capita energy use, improve overall housing affordability, and contribute to economic mobility.

4. What are the implications of your report for local governments? Do your results offer any lessons for cities wanting to reduce their GHG emissions?

I would say that, above all, our research shows that it is possible for cities to play a positive role in reducing both per capita energy use and GHG emissions, and to do so in a way that largely benefits current and future residents.

Take the example of Minneapolis. The city has seen declines in both per capita energy use and GHG emissions, a substantial number of people moving into newly constructed energy-efficient homes, and a declining number of people with low incomes. These changes may have happened because the city’s housing has been relatively more affordable than in other cities. Compared to a city like Los Angeles, you see substantially more Minneapolis residents moving from older to newer housing, indicating that this trend is indeed possible. Compared to other cities, Minneapolis has had fewer low-income households displaced from economically improving neighborhoods, indicating that the city’s shrinking low-income population is due to other factors. Prior research points to intergenerational economic mobility — how income grows from one generation to the next — as a possible reason for this decline. Compared to children born in many other cities, a child born to a low-income Minneapolis family in the mid-1980s is more likely to be part of a middle- or even high-income household today.

The Minneapolis city government is taking steps to continue these trends. The city has long had an affordable housing trust fund, it is prioritizing investments in low-income energy efficiency, and it is encouraging the creation of more residential housing through the removal of single-family zoning.

5. Some people have argued that the idea of cities leading on climate is a myth. What do you think? Does your paper show otherwise?

It is very unlikely that city actions are having no effect on local GHG emissions. Previous research has already supported this finding, and our study adds even more evidence. Numerous studies document the strong role that cities have played in determining their citizens’ housing options and economic mobility, two factors our research identified as linked to per capita energy use and emissions. It is difficult for any study, including this one, to establish causation, and data limitations may mean that we can only partially explain how city actions relate to energy use and GHG emissions, but that doesn’t mean policymakers should assume there is no relationship. For example, the fact that the share of households living in older homes is linked to per capita energy use could very well be due to the adoption of robust local building energy codes, but we don’t have detailed data regarding these actions. It’s also possible that policies such as building energy benchmarking and building performance standards would stand out in a model like ours if more cities were to adopt such standards and rigorously track their implementation annually in ways that are comparable across cities.

6. You point to challenges around data quality and availability. How did those affect the outcomes of your research?

We faced some major data limitations, and this affected the conclusions we could draw from the analysis. While we designed our model to account for data limitations, this is one possible reason why some variables may not have stood out in our results.

Most cities aren’t reporting annual data on community-wide energy use or GHG emissions. Many are also not reporting these data in a way that is comparable across cities or across years. We had to limit the size of city samples because annual comparable data were often unavailable for cities, reducing our models’ ability to fully explain changes in per capita energy use.

We were also hindered by a lack of data reflecting specific climate mitigation or energy-saving initiatives, especially those focused on commercial and industrial properties. Many cities aren’t tracking the implementation or outcomes of their policies and programs in a rigorous or standardized way.

7. What types of data do cities need to ensure they are implementing effective policies?

There are two very important things that cities can do. First, we realize that many cities may not have the capacity to conduct complete GHG emissions inventories on an annual basis. However, if they are already working with local utility companies to gather community-wide building energy data for those inventories, they should request that utilities provide those data annually. This would allow both cities and researchers to closely track building energy use more frequently. Cities should also request that these data be provided for three separate sectors: residential, commercial, and industrial.

Second, cities should work together to negotiate a standardized approach to tracking the implementation and outcomes of common energy-saving policies and programs like building benchmarking and transparency initiatives and green-building incentive programs. They should then track those data on an annual basis. 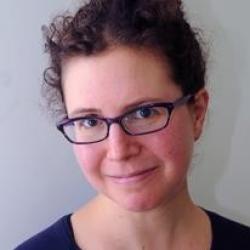 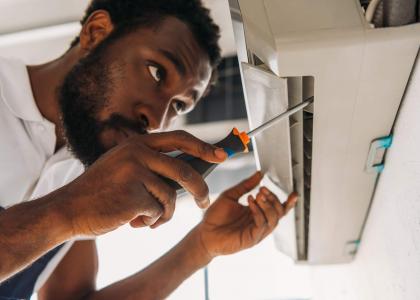