As new studies show energy efficiency is supporting more jobs and attracting more investments, ACEEE today releases a toolkit to help states quantify all the economic benefits of energy-saving programs. Policymakers are increasingly interested in accounting for these benefits but have often found it difficult to do so.

Energy efficiency policies can spur such jobs. In Florida alone, for example, our research released last month found the state could add as many as 135,000 by adopting five key policies.

In addition, energy efficiency is also spurring investments around the country. It drew a 2.6% annual increase in utility investments from 2014 to 2017, according to ACEEE’s annual State Energy Efficiency Scorecard. Looking forward, Navigant Research estimates these investments will grow at a compound annual rate of 4.6% in the US and Canada over the next decade. Such investments can generate substantial economic development.

Quantifying efficiency’s economic impacts, however, can often be a challenge. That’s where ACEEE’s new State Policy Toolkit comes in. It covers a variety of methodologies for accounting for the economic impacts of efficiency programs as well as potential pitfalls including double-counting benefits, incorrectly assigning expenditures when designing economic models, or even undercounting costs. By looking at program assessments and proven methodologies, state regulators will have a more complete picture of the benefits of these programs and be able to make more judicious decisions. 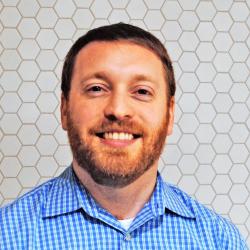 Impact evaluation of industrial energy efficiency programs is a necessary activity to ensure public funds are used in a responsible manner. However ...
September 24, 2012

Examines 50 energy-saving technologies and practices—comparing them on potential energy savings, cost effectiveness, and likelihood of success in the ...
August 1, 1998
© 2020 ACEEE All rights reserved.