Appliance standards create jobs — in every US state

National standards that require appliances and equipment to be more energy efficient do more than save energy and reduce utility bills. They also spur economic growth and create jobs — a lot of jobs. In fact, our new report reveals that they created or sustained nearly 300,000 jobs in 2016 and are projected to support 553,000 jobs in 2030. These jobs benefit every US state.

Here’s how: When consumers and businesses take the money they have saved on energy and water bills and spend it in other sectors of the economy, it boosts growth and jobs in those other sectors. Because the energy sector is among the least job-intensive parts of the US economy, this spending shift results in net employment gains.

These gains are sizable, because existing standards have been a huge success story. The US Department of Energy estimates they will save 71 quadrillion Btus (quads) of energy by 2020 and double that by 2030, when they will cumulatively save more than $2 trillion in utility bills. Savings on water and wastewater bills will also accrue. National standards cover approximately 60 categories of products, ranging from appliances such as refrigerators and microwave ovens in homes to cooling/heating equipment and lighting in offices and other commercial buildings.

Our research quantifies the jobs that result from the standards’ net economic savings, which totaled $58 billion in 2016 and will reach $134 billion by 2030. The half million-plus jobs we expect in 2030 are almost as many as the roughly 650,000 in the entire US mining, quarrying, and oil and gas extraction sector. 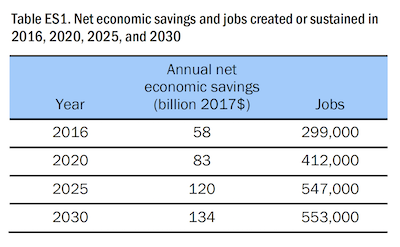 Standards for light bulbs contribute to this positive macroeconomic impact more than any other standard. The stronger light bulb standards slated to take effect in 2020 account for nearly one-fifth of the net economic benefits and jobs in 2030. Unfortunately, the Trump administration may soon attempt an illegal rollback, which could put those savings and jobs at risk. 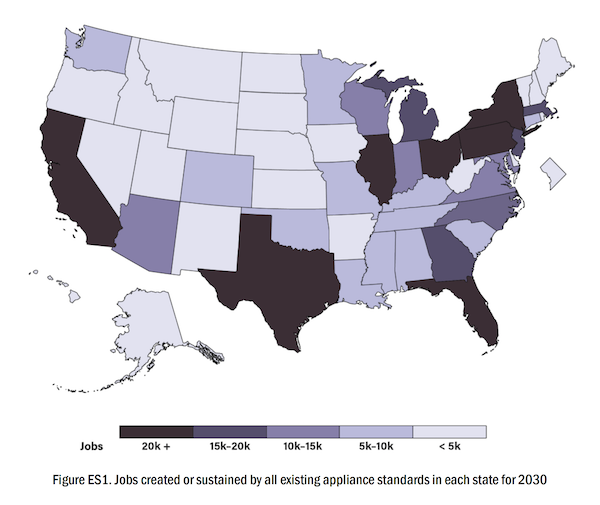 The number of jobs created or sustained by appliance and equipment standards is significant in every state. For example, in 2030 California’s net economic benefits will total nearly $20 billion, resulting in more than 80,000 jobs. Savings scale with population and commercial building energy use so, not surprisingly, the states will the biggest populations have the largest job growth. Yet not just the largest states benefit. In Kentucky, appliance standards will produce $1.4 billion in net economic benefits and create or support more than 5,500 jobs in 2030.

Appliance standards are an obvious boon to energy, water, and monetary savings, but they are also a major job creator. As technologies improve, there will be new opportunities to update standards, increasing both savings and jobs. Weakening or eliminating current standards will harm the economy and put jobs at risk.

Contributing to this post and co-authoring the report are Joanna Mauer, Andrew deLaski, and Jim Barrett 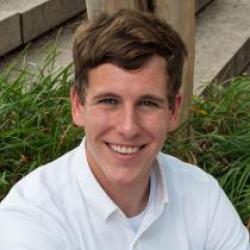 Energy efficiency has met 75 percent of the new demands for energy-related goods and services since 1970 while new energy supplies have met only 25 ...
September 14, 2010
Research Report

Better Appliances: An Analysis of Performance, Features, and Price as Efficiency Has...

Efficiency standards have played a major role in saving energy and water and reducing utility bills. This report analyzes how the choices available to ...
May 20, 2013
Research Report

Increasing the Efficiency of Electricity Production and Use: Barriers and Strategies

This study describes what can be done to break the electricity-GNP growth link in the U.S. It examines the causes of and cures for underinvestment in ...
January 1, 1991
© 2020 ACEEE All rights reserved.