Tackling Embodied Carbon Together: Intersections of Buildings and Industry

To respond to growing market demands for climate action, building designers and developers are looking to significantly reduce carbon emissions from building materials such as steel and cement. One emerging and promising route is for manufacturers to report and disclose the embodied content of those materials, so that building designers and policymakers can include this information in purchasing specifications and building standards. This allows material suppliers to meet customer demands. It also gives the buildings and manufacturing communities a chance to collaborate on practices for assessing and tracking embodied carbon in their supply chains.

Join us to explore this emerging opportunity and gain insights from recent ACEEE research identifying critical areas where the public and private sectors can take coordinated action. Participants will hear perspectives from energy-intensive manufacturing industries—including cement, insulation, and wood—and the building design community and can ask questions during a lively panel discussion on industrial efforts, codes and standards development, and engineering/building design considerations related to lowering embodied carbon in building materials in the United States. The panelists will also discuss opportunities for collaboration on reporting and tracking embodied carbon in building materials. 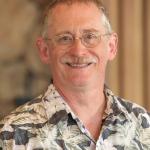 Neal directed ACEEE’s research for many years prior to transitioning to emeritus status. He continues to contribute to ACEEE’s research and policy efforts as an internationally recognized expert and author on energy efficiency programs and policies, industrial energy efficiency and decarbonization, electric motor systems, combined heat and power and clean distributed energy. Prior to joining ACEEE in 1993, Neal was an adjunct associate professor of civil and environmental engineering at Duke University and senior engineering project manager at the N.C. Alternative Energy Corp. (now Advanced Energy) where he was founding director of the Industrial Energy Laboratory. Prior to AEC he worked as N.C. Wood Assistance team leader for the Industrial Extension Service and Department of Wood and Paper Science at North Carolina State University. Neal earned a B.Sc. and M.Sc. in mechanical engineering from North Carolina State University and received a PhD from Duke University. He is a registered professional engineer in North Carolina and has six patents in the area of thermal storage and produce processing. 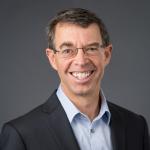 Ed leads the strategic vision for the industrial sector, convenes stakeholders to accelerate energy efficiency and reductions of GHGs, and develops broadly supported policy recommendations to enable decarbonization. Recently, he served on the National Academies committee on a roadmap for decarbonization of the US energy system and co-led a DOE roadmap on industrial decarbonization. Prior to joining ACEEE, he held several leadership roles at Dow Chemical during his 31 year career. Through 2017, he served as the Director of Strategic Projects in Dow’s Environmental Technology Center. In this role he worked across global operations to reduce air emissions, waste, freshwater intake, and energy use. He also spearheaded a roadmap for the global chemical industry on paths to reduce energy and greenhouse gas (GHG) emissions. He earned a doctorate in chemistry from Michigan State University and a bachelor of science in chemistry from Marietta College. 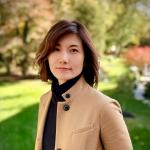 Dr. Esram oversees ACEEE’s research agenda in a range of topic areas including buildings, industry, transportation, and behavior. Prior to joining ACEEE, she worked at the Pacific Northwest National Laboratory as a chief engineer and team lead in the Electricity Infrastructure & Buildings Division for ten years and spearheaded a variety of research projects advancing building energy efficiency. She is a licensed architect and holds a Ph.D. in architecture from the University of Illinois, Urbana-Champaign. 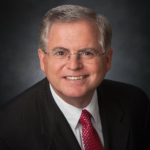 Rick is responsible for coordinating all of PCA’s sustainability related activities including its development of a roadmap to carbon neutrality. He was previously Senior Director of Research and Technology at PCA. He’s an editor and chapter author of the second edition of PCA’s 2-volume book, Innovations in Portland Cement Manufacturing along with many other publications. Rick has been with PCA for twenty-seven years. He is a Fellow of the American Concrete Institute, and a member of the Institute of Electrical and Electronic Engineers, Inc. Before his tenure at PCA, Rick worked in consulting engineering and served on active duty as both an enlisted Marine and a commissioned Marine officer. He holds a B.S. in Civil Engineering from Illinois Institute of Technology, an M.B.A., from Olivet Nazarene University, and is a registered professional engineer. 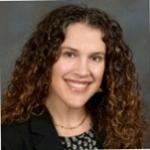 Rachael Jamison is the Vice President for Markets and Sustainability for the American Wood Council which represents 86 percent (by volume) of the structural wood products industry in the United States. Rachael has over 20 years of experience in sustainability standard development, green building, sustainable forestry, and climate change policy and strategy. She holds a Bachelor of Science, a Master of Environmental Science and a Master of Business Administration. 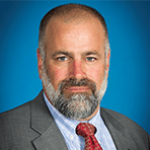 Curt represents the U.S. fiber glass and mineral wool insulation industry, oversees all activities relating to the promotion of fiber glass and mineral wool insulation to all key stakeholders including policymakers, code officials, building industry professionals and consumers. In addition, he champions policies and legislation that encourage the use of insulation to increase energy efficiency and sustainability. Prior to joining NAIMA in 2014, Curt was Vice President of Energy and Environmental Policy for United Technologies Corporation (UTC), responsible for directing government affairs objectives for UTC’s building and industrial systems businesses, which included Carrier and Otis Elevator. Curt is a former partner at the Washington, D.C. based law and policy firm of Van Ness Feldman where he represented companies, trade associations and local governments on issues related to tax policy, energy, the environment and natural resources. He also previously served as legislative counsel to the National Rural Electric Cooperative Association and as legislative counsel to U.S. Senator Max Baucus (D-MT), where he advised the senator on a wide range of policy issues. Curt holds a bachelor’s degree in history from Whitman College and a Juris Doctorate degree from the University of Montana. 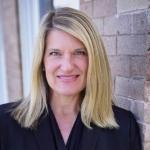 Jennifer understands both the macro and micro issues faced by the structural engineering profession. With deep knowledge and experience in the buildings industry, she has worked for more than three decades to advance the profession as a practitioner at several premier consulting firms, as the editor of Structural Engineer magazine, as well as in her current role leading technical, standard, and code developments at the American Society of Civil Engineers’ Structural Engineering Institute. In addition to her expertise in developing documents to ensure safe and reliable structures, Jennifer works tirelessly to advance performance-based and sustainable design and is passionate about structural engineering education and developing future leaders. She serves on many committees, has written numerous articles, as well as frequently speaks on the topic of code development. Jennifer earned her master’s degree in civil engineering at Cornell University and her bachelor’s degree in civil engineering from Virginia Tech. She is a member of ASCE, SEI, the Structural Engineer’s Association of Colorado and of Washington, and is a licensed professional engineer in Colorado. 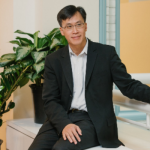 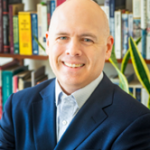 Tom is  a leader in the carbon recycling industry. Tom has over 25 years’ experience in Washington, D.C. in both government and industry, specializing in energy, environmental and climate policy. His experience includes over 15 years on staff in the United States Senate on both sides of the political aisle. He held numerous positions including legislative director and deputy chief of staff to US Senator Arlen Specter (R-PA), as well as serving on the US Senate Committee on Veterans’ Affairs. He later served as senior climate advisor for the US Senate Committee on Commerce, Science & Transportation for Chairman John D. Rockefeller IV (D-WV). Tom’s private sector experience includes his role as vice president for Lighthouse Consulting Group representing the US Climate Action Partnership and several energy sector clients. Just prior to joining LanzaTech in Jan. 2021, he spent over eight years as senior director, government relations at ArcelorMittal, the world’s leading steel and mining company. Tom holds degrees from Keystone Jr. College and The American University.