A historic influx of federal funding has given state and local governments an opportunity to increase investments in retrofits for low- and moderate-income housing. Some jurisdictions are already using funds from the American Rescue Plan Act (ARPA) to create and scale retrofit programs that address local community priorities such as job creation, health and comfort, and reducing energy costs to make housing more affordable for families that need it the most.

Join us for a webinar to hear early insights from two of these cities and states – including the process and motivations behind utilizing ARPA funds for affordable housing retrofits. We will also address the importance of engaging underserved and marginalized communities throughout the development and implementation of programs. 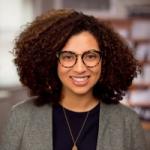 Stephanie assists with the National Affordable Housing Retrofit Initiative, which is designed to scale up low- and moderate-income building retrofits, leveraging a competition to drive policy and program innovation among eligible cities, counties, and/or states. She joined ACEEE in 2022. Prior to joining ACEEE, Stephanie worked as the federal policy analyst for New York City’s Department of Housing Preservation and Development (HPD). This included evaluating legislation and communicating New York City’s needs to elected officials and national groups to meet NYC’s housing goals. Stephanie earned a master of urban planning from New York University and a bachelor of arts in social work from Siena College. 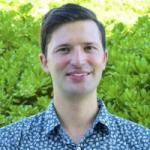 Nick conducts research and analysis on clean energy finance strategies, working within ACEEE’s Building Policy program and collaborating with teams across the organization. He joined ACEEE in 2019. Before joining ACEEE, Nick worked at the City and County of Honolulu’s Office of Climate Change Sustainability and Resiliency, where he focused on energy efficiency and equity projects. Nick earned a master of science in sustainability management from American University and a bachelor of science in finance from the University of Arizona. 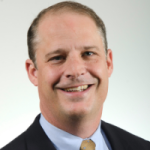 Michael is an attorney and the Executive Director of the Efficiency Maine Trust, the independent administrator for programs that promote energy efficiency, alternative energy resources, and carbon savings in Maine. The Trust plans and manages programming for all conservation funds from the gas and electric utilities, RGGI revenues, and Forward Capacity Market revenues. The Trust also administers funds from various settlements, including the VW Settlement Funds which have been allocated to promote EVs and EV charging infrastructure across the state. Michael was selected as the first director of the Trust upon its establishment in 2010. Michael holds a B.A. in Political Economy from Williams College and a J.D. from the University of Maine School of Law. Michael resides in Portland, Maine. 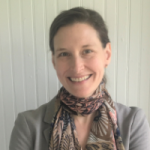 Jessica is working to implement the nation’s first Building Energy Performance Standards. Previously, she served for over ten years as the Green Building Planner for Arlington County, Virginia, facilitating the development of green buildings through the County’s Green Building Density Incentive Policy. Jessica also worked for a sustainability consulting firm to help private companies and government agencies achieve LEED green building certification, and for Whole Foods Market, where she was responsible for implementing sustainability programs in the Washington, D.C. area stores. She holds a Masters of Science degree in Environmental Science and Policy from Johns Hopkins University.  Jessica is also Co-founder of the Net Zero Energy Coalition - National Capital Region, creating spaces for building industry professionals in the DC area to collaborate on ideas and efforts that lead towards more resilient, just, zero carbon communities.

By registering for this event, you are opting to receive future email communication from ACEEE. You may unsubscribe via the link included in all emails.