Washington -- A pending bipartisan energy efficiency bill would over time cut carbon dioxide emissions by an amount equal to removing all cars and light trucks from US roads for a year, the American Council for an Energy-Efficient Economy (ACEEE) said Wednesday in a new analysis delivered in testimony before Congress.

The Energy Savings and Industrial Competitiveness Act, which a US House committee hearing considered Wednesday, would cut energy bills by $51 billion, save 32 quadrillion Btu of energy, and avoid 1.3 billion tons of carbon dioxide emissions cumulatively for measures through 2050, the ACEEE analysis found.

“The numbers are in: This would be the biggest cut of energy waste from any new federal law in a decade,” said ACEEE Senior Policy Advisor Lowell Ungar, who presented the testimony before the House Energy and Commerce’s Energy Subcommittee. “By spurring the construction of more energy-efficient buildings and houses, reducing energy waste in industrial plants, and assisting energy improvements in existing buildings, it would cut our energy costs and greenhouse gas emissions, and that’s just smart policy.”

The bill, sponsored by Reps. Peter Welch and David McKinley in the House (HR 3962) and Sens. Rob Portman and Jeanne Shaheen in the Senate (S. 2137), cleared the Senate Energy and Natural Resources Committee in September with bipartisan support, and Chairman Lisa Murkowski recently said she is preparing a package of energy-related bills that have advanced through her committee for a full Senate vote. The bill, introduced in an updated form last year, is supported by a host of business associations and energy efficiency leaders, including the U.S. Chamber of Commerce.

The ACEEE analysis shows that the bill’s provisions on building energy codes would have by far the largest energy-saving impact. These provisions would direct the Department of Energy to work with states, Indian tribes, local governments, code and standards developers, and others through a rulemaking process to develop energy savings targets for model building energy codes. The department would also assist state and tribal adoption of these codes and implement a new grant program to help homebuilders, contractors, trades, code officials and others cost-effectively implement updated codes. States and localities would continue to decide which codes to adopt.

A previous ACEEE study estimated that the legislation would create more than 100,000 additional jobs. 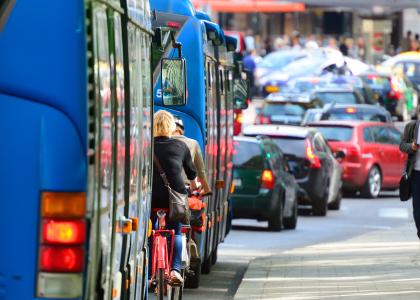