An Energy Efficiency Resource Standard is a simple mechanism to encourage more efficient use of electricity and natural gas. A federal EERS would set a national goal for energy savings for retail electricity and natural gas distributors for a specific period, such as 2011 through 2020. Although the EERS would be a national standard, implementation and enforcement would primarily occur at the state level, with the bill authorizing administration by the state public service commission or another governing board.

Why Have an EERS?

Currently, new conventional base-load production sources generate electricity at a rate between $0.073 and $0.135 per kilowatt-hour. At a cost of $0.03 per kilowatt-hour saved, efficiency improvements are significantly less expensive than building new plants and power lines and burning more fuel. Implementing a national EERS would commit every state to utilizing this least-cost resource, establish a baseline level of cost-effective and achievable energy savings, and reduce carbon dioxide emissions far beyond the level achievable by those states currently acting alone.

How an EERS Works

Under a proposed national EERS, retail electricity and natural gas distributors must achieve a particular percentage of energy savings relative to average sales in the prior 2 years (see table). Distributors may obtain energy savings in a variety of ways, including by helping end-use customers save energy, including savings resulting from new building codes and equipment efficiency standards, by improving energy efficiency in their own distribution systems, or through the use of bilateral contracts to purchase energy savings from other utilities or third-party efficiency service providers, including developers of combined heat and power systems. The performance standard is phased in in small increments, and because efficiency measures installed in early years will continue to save energy throughout the compliance period, the standard is expressed in cumulative terms.

We recommend that EERS targets generally start at modest levels and ramp up over several years to savings levels currently achieved by the most successful states. However, states with successful existing programs can ramp up more quickly. The proposed level of required savings — on average of 1.5% per year — is an aggressive but achievable target. For example, California achieved 5% savings in 2001 alone and Vermont saved about 1.75% in 2007, with Connecticut, Massachusetts, Minnesota, New York, and Rhode Island planning for similar savings in upcoming years. A recent analysis, focusing on the state of Maryland, found that electricity use reductions of 22% by 2020 and 29% by 2025 are not only achievable, but cost-effective.

The DOE would set uniform national energy savings measurement protocols for retailers to use to measure, verify, and report energy savings achieved. The requirement would apply to retail distributors that have sales of at least 750,000 megawatt-hours of electricity or 2.5 billion cubic feet of natural gas per year. Large municipal utilities are above these thresholds (e.g. Palo Alto, CA) but smaller ones are not (e.g. Burlington, VT).

To ensure that costs will be moderate, we recommend that retail electricity or natural gas distributors be able to enter into bilateral contracts to purchase or transfer savings from other entities to meet the performance standard. Such transfers may occur in-state or to nearby states in the same powerpool with regulated permission. Other entities may include other retail electric or natural gas distributors, states, or third parties. Additionally, a distributor would be allowed to "buy out" of the energy savings requirement at a rate of $0.05 per kilowatt-hour of electricity or $0.50 cents per therm of natural gas. These buy out rates should provide enough funding for a state energy office to run programs that make up for the lost savings.

This proposal builds on successful policies now in place in the 18 states shown on the map: California, Colorado, Connecticut, Hawaii, Illinois, Maryland, Michigan, Minnesota, Nevada, New Mexico, New York, North Carolina, Ohio, Pennsylvania, Texas, Washington, Vermont, and Virginia. Several other states, including Florida, Iowa, Massachusetts, New Jersey, and Rhode Island are now actively considering similar policies. The federal government should follow these leading states and enact a national EERS to expand the savings and benefits throughout the country and to provide national emissions reduction and price reduction effects that would benefit all states, including those with state EERS's.

The American Council for an Energy-Efficient Economy (ACEEE) estimates that by 2020, the EERS outlined in the table on the previous page would reduce peak electric demand by about 117,000 megawatts — equivalent to 390 power plants that each have a 300 megawatts capacity. Carbon dioxide emissions reductions would total approximately 260 million metric tons in 2020—equivalent to taking 48 million automobiles off the road (for a year), and 222,000 net jobs would be created. Furthermore, utility customers would save a net $168 billion, with the proposed EERS producing a benefit-to-cost ratio of about 3:1. More information is available at: http://aceee.org/energy/national/eers.htm 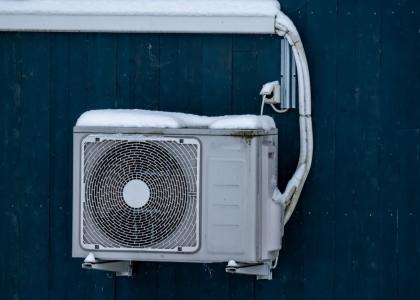 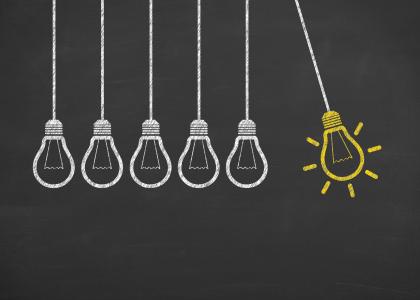 Blog Post
Here Are Six Ways We Have Slashed US Energy Use by a Fifth
June 12, 2019

Research Report
Halfway There: Energy Efficiency Can Cut Energy Use and Greenhouse Gas Emissions in Half...
September 18, 2019
© 2022 All rights reserved.