The Energy Policy Act of 2005 was notable in its failure to address oil dependence, making oil use a crucial issue for this year’s energy legislation. The Senate energy bill, H.R.6, calls for a substantial increase in fuel economy standards and, separately, reductions in U.S. oil consumption over the coming decades. The House bill, H.R.3221, contains neither one of these, but members are expected to support some form of fuel economy increase in the upcoming energy bill conference.

The Senate energy bill calls for a target average fuel economy of 35 miles per gallon (mpg) for cars and light trucks by 2020, but allows the Department of Transportation to lower this required average if it finds that 35 mpg is not cost-effective. The bill requires “attribute-based” standards, under which each manufacturer is likely to have a different average fuel economy requirement, based on the mix of vehicles it sells. The provision of the Senate Energy Bill would save up to 1.1 million barrels per day (Mbd) in 2020 and up to 2.5 Mbd in 2030, assuming no further increases in fuel economy were implemented after 2020. The bill also establishes a timetable for DOT to develop, for the first time, fuel economy standards for heavy-duty trucks. This is an important provision, because heavy-duty trucks consume 2.3 Mbd of oil.

Fuel Economy in the House

Representatives Hill and Terry introduced a competing bill, H.R. 2927, which is supported by the auto industry. It is weaker than the other proposals in terms of both fuel economy levels and the timeframe of enactment, calling for an average of 32 mpg by 2022. Assuming a linear ramp-up to the fuel economy target, this bill would achieve 1.1 Mbd of savings in 2020 and only 1.7 Mbd in 2030. Other negative aspects of the Hill-Terry bill include extension through 2020 of the dual fuel loophole, which gives automakers fuel economy credits for producing flex-fuel vehicles (FFVs) despite these vehicles’ near-universal use of gasoline, and language that could impede states’ efforts to limit global warming emissions from vehicles.

Neither of these provisions was passed by the House, but the two bills define the ongoing debate over the House’s position on fuel economy going into the energy conference with the Senate.

Oil savings potential of the three light-duty fuel economy proposals is shown in Table 1. ACEEE recommends that the House adopt the Senate fuel economy provision, ideally with a guarantee that the 35 mpg target will be reached in 2020. The heavy-duty truck provision should be included as well.

The Senate Bill requires that U.S. oil consumption be reduced relative to the Energy Information Agency’s 2005 projections by:

The Office of Management and Budget is tasked with creating a plan within nine months of enactment to accomplish the reductions through standards and other requirements authorized under current law. The bill establishes timetables for the responsible agencies to issue regulations as called for in the plan, and requires that the plan and its implementing regulations be periodically evaluated and revised as needed to ensure that the targets are met.

These are major reductions in oil consumption, far in excess of what would be accomplished by the bill’s light-duty vehicle standards alone. Enforceability of the provision is questionable, however. Moreover, an oil savings requirement in effect could promote petroleum product alternatives, such as coal-based fuels, that have dramatically increased emissions of greenhouse gases. The Senate oil savings provision should be included in the final bill, but with enhanced enforceability and safeguards against high-carbon oil substitutes. 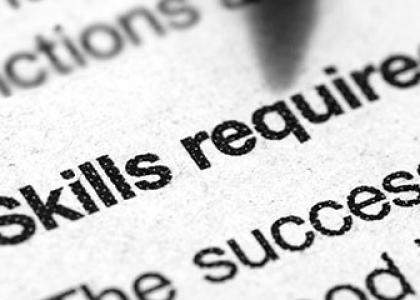