Major energy efficiency policies slashed US energy use by about 20% in 2017, saving a whopping 25 quads of energy —the amount used in California, Texas, and Florida combined.

Two US policies now at risk accounted for the majority of these savings. Vehicle fuel economy standards and appliance efficiency standards saved 14.3 quadrillion Btus, about 60% of the total savings and about 14% of all US energy use. Unfortunately, the Trump administration is proposing to roll them back (see here and here).

Savings from six key efficiency policies increased more than 15% since 2014, when we last compiled our estimates. Savings in 2017 (listed in the table below) give a sense of the scale of efficiency’s impacts. Note that the estimate for each policy uses a different methodology, so the savings may not be fully comparable.

The figures total 26 quads, but I round down to 25 quads to allow for some overlap in savings estimates. These estimates, though, do not include savings from many other, mostly smaller, energy efficiency policies.

Here are six major policies that have dramatically reduced US energy use and the accompanying carbon dioxide emissions:

Fuel economy standards for cars, minivans, and SUVs, which first took effect in 1978 under legislation passed by President Gerald Ford, generated the largest energy savings in 2017. They saved an estimated 9.0 quads, according to figures by the US Department of Transportation. We add savings of 0.3 quads (ACEEE calculations) from heavy-duty vehicle standards that were enacted under President George W. Bush in 2005. New savings from vehicle standards are expected to grow substantially through 2020 as a result of revisions established by the Obama administration. Further progress on passenger vehicles will depend on whether the Trump administration follows through on a proposal to freeze standards at 2020 levels, and if it does, whether the courts sustain such a freeze.

The second-largest savings, 6.0 quads, come from minimum efficiency standards on appliances and other types of energy-using equipment. These estimates come from a 2017 report with updates by the Appliance Standards Awareness Project, which is based at ACEEE. Congress has enacted standards on more than 50 products, beginning with legislation signed by President Ronald Reagan. The US Department of Energy (DOE) periodically revises these standards. Unfortunately progress has stalled the past few years as rulemakings have slowed to a crawl and, in the case of light bulb standards, the Trump administration has proposed a rollback.

Third on the list is the ENERGY STAR program, including ENERGY STAR homes, buildings, and equipment. ENERGY STAR has operated for more than 20 years, steadily expanding its market reach and participation levels. The US Environmental Protection Agency (EPA) estimates that this program saved about 370 billion kilowatt-hours (kWh) of electricity in 2017, which is equivalent to 3.7 quads. EPA estimates an additional 0.5 quads of savings in direct fossil fuel use in homes, buildings, and industry, for a total of 4.2 quads of savings.

Fourth is energy efficiency programs funded by utility customers and operated by either the utilities themselves or other entities designated by states and utilities. These programs help utility customers save energy and reduce their bills. They also help the utility and all ratepayers, because saving a kWh is generally less expensive than generating a kWh. These programs, begun in the late 1970s in a few states, have expanded over the years and are now offered by utilities in most states. In 2017, these programs saved about 242 billion kWh and 400 trillion Btus of natural gas for a total of 2.7 quads. The electricity data come from ACEEE’s State Energy Efficiency Scorecard. The gas data come from our 2017 report on natural gas efficiency and also include more recent data from our State Scorecard.

Federal government energy efficiency research, development, and deployment (RD&D) appears to produce a similar level of savings as utility programs, but this estimate is very uncertain. Our figure is based on 2017 estimated savings from a 2001study, which in turn is based on work by the National Academy of Sciences and the President’s Council of Advisors on Science and Technology. DOE has a substantial energy efficiency RD&D effort that has contributed to such energy-saving products as LED lighting, industrial process innovation, heavy-duty vehicle fuel economy improvements, electronic ballasts for fluorescent lamps, windows with special heat-reflective coatings, and advanced building analytic software. DOE has conducted more recent evaluations on specific RD&D projects but has not estimated the overall savings and other benefits from its RD&D program.

Building energy codes are next on the list, saving an estimated 1.5 quads in 2017. The first energy codes were developed in the 1970s, and code stringency has steadily increased since then, driven by new technologies and practices, as well consumer economics. Compared to 1980 codes, current national model building codes reduce energy use by nearly 40% (residential) to 50% (commercial). Most states adopt one of these model codes as a statewide code, and some cities also adopt codes. Our energy savings estimate comes from our 2014 analysis, with the addition of savings for 2015–2017 from the same sources. This estimate is highly approximate.

These estimates, which are approximate, come from a variety of sources and employ different methodologies. Some, such as for RD&D and building codes, are highly approximate. Also, some savings estimates overlap, such as ENERGY STAR and utility sector programs. We crudely adjusted for this overlap by rounding down the total, but please note that this adjustment is inexact. 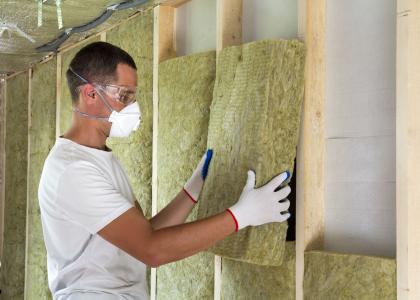