EPA fails to do its homework on light-duty standards

The “final determination” on light-duty vehicle standards recently issued by US Environmental Protection Agency (EPA) administrator Scott Pruitt has all the hallmarks of a bad book report. Despite the complexity of the subject matter, the formal rejection of the Obama-era greenhouse gas standards for model years 2022-2025 does not draw on an ounce of new EPA analysis.

The new determination is the sorry conclusion of a mandatory midterm evaluation process that the EPA, the US Department of Transportation, and the California Air Resources Board kicked off in 2016 with a 1,200-page draft Technical Assessment Report (TAR). The TAR contains a rigorous analysis of technologies that could be applied to improve vehicles’ fuel economy and reduce their greenhouse gas emissions by model year 2025, as well as extensive discussions of consumer acceptance of those technologies and the economic and safety impacts of the standards. The TAR draws from extensive agency technical work: EPA alone contributed multiple vehicle “tear-down” studies to estimate technology costs, extensive benchmarking of engines and transmissions using 20 production vehicles, 15 Society of Automotive Engineers technical papers, and comprehensive vehicle fuel economy simulation in-house models. This was the technical basis for an earlier determination, issued in January 2017, that the model year 2022–2025 standards were appropriate. EPA administrator Scott Pruitt, meanwhile, presented no new work in support of his reversal of the finding on April 2.

Indeed, the new determination appears to have been drafted by someone who has not read the TAR—and watched only the first 10 minutes of the movie. The document consists of 38 pages of uncritically recycled statements from parties seeking to weaken the standards, interspersed with brief mentions of opposing arguments. How this leads to a conclusion that the standards are not appropriate is left to the reader’s imagination. Here are some of our (least) favorite excerpts:

[T]he projections for fuel cost savings in the 2012 rule may have been optimistic, which increases the challenge manufacturers face in making fuel-efficient vehicles attractive to consumers. This consideration supports EPA’s determination that the current standards are inappropriate and should be reconsidered in a new rulemaking (p.27).

The TAR used 2016 price projections from the Energy Information Administration (EIA), which are very close to current projections. And it’s important to keep in mind that vehicle standards are most important when fuel prices are low: the standards ensure manufacturers keep improving vehicles, so that consumers and automakers are less vulnerable when prices climb back up. Let’s avoid a repeat of the domestic industry bailouts of 2009-2013.

EPA also recognizes that there is significant uncertainty both in the pace of development of these technologies and in the degree of efficiency improvements they will ultimately be able to deliver (p.19).

Many of the technologies in question, including mild hybridization, lightweighting, and continuously variable transmissions are entering the market more quickly than anticipated. The standards promote consistent investment in efficiency technologies, which is key to the vibrancy and sustainability of the auto industry.  Regarding technologies’ efficiency improvements, this was the core of the TAR; that analysis was solid but conservative.

The Administrator believes that affordability of new cars across the income spectrum, and especially among low-income consumers, is an important factor… (p.24).

A recent study found that lower-income consumers will benefit most from the savings the standards deliver, both in new cars and eventually in the used cars they more frequently purchase. The uninformed airing of such concerns by an administrator not known for frugal use of taxpayer dollars is especially galling.

Mitsubishi expressed concern that it would have to add electrification to already efficient low-priced vehicles and the increased price could drive buyers to less efficient used vehicles (p.25).

Mitsubishi, the company that cheated on fuel economy tests in Japan for 25 years? While it hasn’t been a big player in the US market, Mitsubishi aims to change that. The company stands to benefit if US manufacturers lag on fuel efficiency technology as auto markets around the world tighten standards.

Dismissing air pollution as an issue “already handled” by other processes shortchanges EPA’s mission of protecting human health and the environment. Reductions in oxides of nitrogen and particulate matter are significant co-benefits of the standards.

[I]ndustry cannot effectively plan for compliance with the current MY 2022-2025 GHG standards until it knows the outcome of the upcoming NHTSA rulemaking for MY 2022-2025 CAFE standards (p.35).

The final determination acknowledges the importance of a stable regulatory environment so that manufacturers’ multi-year product plans are not disrupted. Yet the action destabilizes that environment by interrupting a long upward trajectory of fuel economy set in motion under George W. Bush in 2007 and operationalized under Barack Obama. Changing standards today for model year 2022 would be disruptive in any case, but the fact is that such a move will be stuck in court for years to come. Going after the many states that have chosen more stringent standards, as the administrator is now threatening, will only make matters worse.

These are but a few of the misrepresentations regarding vehicle emissions standards in the new final determination. The administrator seems undeterred by the outrage caused by his earlier citing of an amateurish study in rolling back standards for “glider” trucks and is now pulling a similar stunt in the high-profile and high-stakes arena of light-duty vehicle standards. While auto manufacturers have played a highly counterproductive role in the process, more forward-looking industry players and other voices of reason should seek to redirect this process before the EPA takes another next step to roll back vehicle standards. 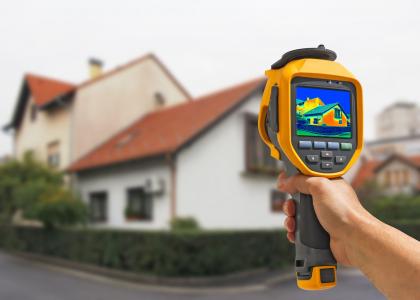