In a new three-part video series, ACEEE explores how energy efficiency can improve people’s health. We hear the stories of homeowners in three states. Our first part explored efficiency’s impact in rural areas. To look at its effect in urban areas, Part Two takes us to Baltimore, MD.

In the large mid-Atlantic city of Baltimore, where summers are hot and winters cold, Keyona Ball had a problem with her house. Some rooms were really hot and others stayed cold. Her seven-year old son suffers from asthma, and weather extremes—whether hot and humid or cold and dry—can trigger his attacks. After her home was weatherized, she found that better insulation and air sealing improved the situation. “The heat is more consistent throughout the house,” she said. “I did notice this past winter that he didn’t have to have as many breathing treatments.”

Nikia Pickett, another Baltimore mom whose young son has asthma, tells a similar story. She learned from a weatherization program that poor air sealing was allowing allergens and other outdoor air contaminants into her home. With proper sealing, she said, “We went from him having an asthma attack once every four to six weeks to twice this year.”

These women are dealing with a serious and increasingly common illness. More than six million US children have asthma. Children are particularly vulnerable, because they have smaller airways than adults. Asthma attacks can be fatal so proactively addressing the illness is crucial.

These triggers can result in a trip to the emergency room or even a hospital admission. Asthma can’t be cured, but it can be controlled. While there is no substitute for the care of a physician and prescription medications, preventive actions such as installing weather stripping or replacing leaky windows can reduce the incidence of asthma attacks.

The Green and Healthy Homes Initiative (GHHI) in Baltimore is one of several programs in the United States doing this kind of work. In March, ACEEE will detail similar programs nationwide in a report, The Next Nexus: Exemplary Programs That Save Energy and Improve Health. Additionally, ACEEE will host the Conference on Health, Environment & Energy (CHEE) in New Orleans in December to explore how energy choices can affect our health and the environment. 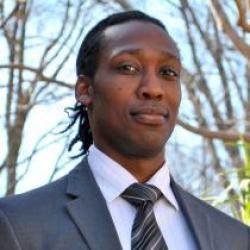