Funding for energy efficiency is at risk in Connecticut, and it’s worse than before

A year ago I wrote about a threat to energy efficiency funding in Connecticut. Lawmakers had proposed using Regional Greenhouse Gas Initiative (RGGI) funds earmarked for energy efficiency projects to fill holes in the budget.

Now that misguided proposal is back, and it’s even worse than before. Not only are state lawmakers going after RGGI funding, but they’re also considering diverting $160 million annually in utility ratepayer dollars currently earmarked for energy efficiency programs to make up budget shortfalls over the next two fiscal years.

This proposal would be a devastating blow to the state’s economy and all utility ratepayers. It would also represent a real change of course for the state. In 2016, Connecticut ranked fifth in our State Energy Efficiency Scorecard. But remaining a leader depends on consistent, secure funding for efficiency programs. It depends on lawmakers who can see the big picture, prioritizing long-term economic gains through the promotion of energy efficiency jobs, utility bill savings, and health benefits. This proposal does the opposite.

The legislative proposal would divert 64% of ratepayer funds that are supposed to be invested in energy efficiency into the general fund, wiping out one of the most cost-effective ways for utilities to make sure the lights stay on for their customers. While it’s true that lawmakers have big holes to fill in the budget, using energy efficiency dollars as a plug would have a much more serious impact than they might realize. According to Acadia Center, every $1 invested in energy efficiency saves Connecticut residents and businesses $3.89. The state would lose a whole lot more than it would gain through this proposal.

Defunding energy efficiency would hurt Connecticut at nearly every level. Every year energy efficiency programs generate hundreds of millions of dollars in lifetime utility bill savings. Programs delivered by utilities in 2016 alone will ultimately save customers more than $960 million. Eliminating these programs would have a long-lasting impact, increasing energy bills across the state and limiting the options for businesses and residents to control their energy use.

The costs of cutting programs won’t just show up on utility bills. With nearly 12,500 Connecticut residents working in energy efficiency-related jobs, wiping out project opportunities would also eliminate jobs in this growing sector of the economy.

On an even broader scale, big cuts to efficiency programs such as those proposed would have significant public health implications. Studies have shown that energy efficiency measures such as adding insulation and improving central heating improve health outcomes, reducing respiratory illness and allergies. So while $160 million may fill some holes in the budget, the costs of increased emergency room visits combined with higher power costs are likely to do far more damage to the state.

Given the situation in Washington, DC, state leadership is more important than ever. While lawmakers in Connecticut have placed some misguided policy proposals on the table, we hope that they’ll right their course and remain leaders in energy efficiency. 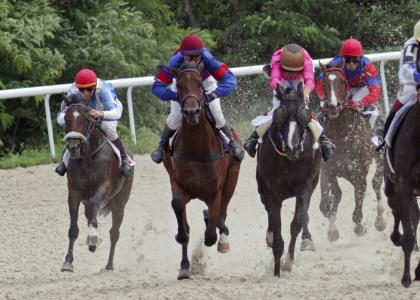 Reaching the “High-Hanging Fruit” through Behavior Change: How Community-Based Social...

Community-based social marketing (CBSM) is a concept that has received a lot of attention lately, but may not be particularly well understood across ...
October 10, 2012