We knew energy efficiency employs a lot of people, and now we know how many

As President-elect Donald Trump prepares to take office next week, he will be looking to make good on his campaign promise to create jobs and strengthen the economy. He needs look no further than energy efficiency. A new report shows it’s already supporting at least 1.9 million US jobs.

The energy efficiency industry has a remarkably diverse workforce in the United States, ranging from appliance manufacturers and home retrofitters to cloud-based energy management service providers. But since energy efficiency involves so many sectors of the economy, the government can’t collect statistics on it the way it can for the banking or auto industries. This makes it extremely difficult to quantify how many people are employed in energy efficiency-related businesses, because it’s not as clear as counting the number of people who work in a car factory.

Last month, however, E4TheFuture and Environmental Entrepreneurs released a report that does the best job I’ve seen yet of providing a reliable answer. Using a methodology similar to the one the government uses to produce its official statistics, they found that about 1.9 million people worked full- or part-time on energy efficiency in 2015. They found that total was set to increase by almost a quarter of a million last year, making energy efficiency the largest industry in the clean energy economy. It employs about twice as many workers as the auto industry (including auto parts manufacturers), and almost 10 times as many workers as the oil and gas extraction industry. It’s a big number.

Figuring this out is neither easy nor straightforward (which is why we’ve needed a study like this), and there are some drawbacks to doing it. First, the methodology includes every worker who spent any fraction of time working on energy efficiency. It’s the same standard that the Bureau of Labor Statistics uses to estimate employment by industry, and while about 890,000 workers spend at least half their time on energy efficiency, the number will necessarily include a fair number of workers who spent less. By the very nature of the question it’s trying to answer, the number has to be an estimate. Of all the attempts I’ve seen to get at this answer, however, this one is clearly the best, and it gives us a good number to work with. In addition, the report provides results at the state level, giving us an even clearer look at the efficiency industry.

Why it’s actually a conservative estimate

The report is an easy read if you’re looking for details, but there are a few points worth highlighting. About half of the workers identified by the study work for small businesses, and about one-third of the businesses in the survey get all of their revenue from energy efficiency. This paints a picture of an efficiency industry that includes both large employers that are often part of the core of a local economic base as well as family businesses that are less visible individually but still form part of the backbone of a growing economy. The fact that a significant number of these businesses get all of their revenue from efficiency work indicates how ubiquitous and integral efficiency is becoming.

And while 1.9 million workers is a lot, it’s actually a conservative estimate of the number of jobs supported by energy efficiency. The aim of the study was to identify the number of workers employed in making and installing energy-efficient technologies, putting a clear definition on the efficiency industry that we often talk about.

If we wanted to talk about all of the jobs supported by energy efficiency, we would have to  include all those jobs created and supported by the savings that efficiency generates for families and businesses. These people typically won’t work in the efficiency industry but rather are spread across the economy. In our experience modeling efficiency investments, we find that re-spending the energy savings typically creates an equivalent number of jobs as implementing the investment.

Energy efficiency is often thought of as invisible. It’s hard to see, and it can be hard to measure. In reality, over the past 25 years, it has been the single largest contributor to meeting our energy needs. It impacts every aspect of the economy, from heavy industry to home appliances. The Trump administration could help employ millions more by increasing energy efficiency investments, making this seemingly invisible job creator more visible. 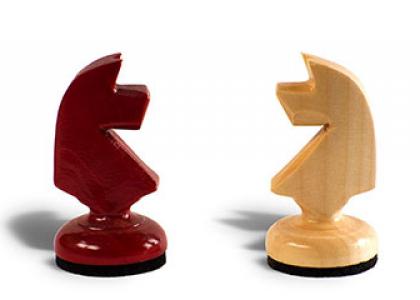