Energy-water nexus issues heighten in the face of climate change

Impacts on water supply and demand from Climate change

Parts of the US—primarily in the triangle from Montana to southern California to western Texas—are already experiencing water stress, meaning that water is being withdrawn from water sources at a rate that might not be sustainable (see map on page 272 here).

According to the US Global Change Research Program, as the climate changes, some regions, such as south of the Great Lakes, will get more precipitation and other regions, like the southwest, will get less. A stylized map of expected precipitation changes from their 2008 report is below.

What does all this mean for the energy-water nexus? This question can be divided into several issues, largely drawing from the US Global Change Research Program 2014 report referenced above.

First, energy use for water extraction and treatment is likely to increase. For example, with water scarcer in some regions, energy use for water pumping is likely to increase, particularly for groundwater in areas with declining water tables such as California’s Central Valley and the Ogallala Aquifer in the Great Plains. Additional energy will also likely be needed to improve drinking water quality in areas like Florida where water supplies could become saltier. And in areas with large water deficits, there may be a need for energy-intensive water reuse and even desalinization plants. We have not seen any good estimates of how much energy use may increase as a result of these multiple factors.

Second, demand for water might increase for some end-uses such as irrigation and water-cooled air-conditioning and refrigeration equipment. Warmer and dryer weather would increase use of irrigation and cooling, but how much of this increased need is served with more water, versus avoided with improved water management practices is an open question. For example, a 2015 review by USDA of multiple studies found a median estimate of modest increases in irrigated acreage through 2060 (increasing water use in the medium-term), but then significant declines in the 2060-2080 period (decreasing water use in the long-term due to shifts in cropping patterns). In addition, water demand for energy production (power plant cooling and fracking) could increase, but in regions with tight water supplies this increased demand could perhaps be offset by major efforts to improve the efficiency of water use, or to avoid power production or fracking entirely.

Third, changes in water availability in some regions could affect energy production. For example, an assessment by DOE of the effect of climate change on power produced by federal hydro facilities found increases in some regions, decreases in other regions, and often a shift towards more production in winter and less in summer, requiring changes in seasonal power management practices.

For fossil fuel and nuclear power plants, lack of cooling water or cooling water that is too warm could prevent operation of a few power plants during dry and hot periods, problems that have at times already affected power production in the southeast and other regions (see here and here). A study by European and American researchers estimated that thermoelectric power generating capacity in the US will decrease by between 4–16% between 2031 to 2060, and 6–19% in Europe due to lack of cooling water. Limited water availability could also affect oil and gas production in some regions.

Fourth, excessive water, due to floods and/or higher tides, will affect some coastal energy and water facilities. The problem may affect many wastewater treatment facilities located on flood plains that serve areas like Seattle, New York City, and parts of Massachusetts. Flooding could also affect the electric distribution system, as happened in New York State and New Jersey during Superstorm Sandy, causing power outages and expensive system repairs.  Similar problems could happen elsewhere.

In summary, major changes are likely for many of the issues involved in the energy-water nexus. In future blog posts we will explore these issues further to address: 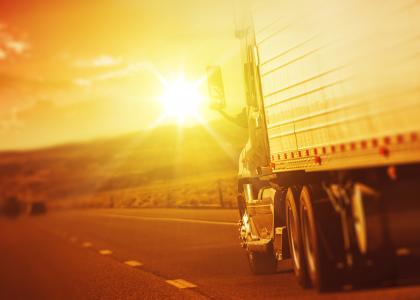