Oakland is living up to California’s high bar on energy efficiency, and then some

Local governments of all sizes can invest days, months, and years into advancing energy efficiency programs and policies. Yet many go unrecognized for their efforts. Because the City Energy Efficiency Scorecard only covers 51 large cities, ACEEE created the Local Energy Efficiency Self-Scoring Tool so that any community can evaluate itself. Once a community has completed the tool, we can recognize their policy efforts in the State and Local Policy Database.

Oakland, California was the first city not covered by our Scorecard to complete the tool, and scored extremely well. Here are some of their highlights followed by a Q&A with a local government staff person.

A score of nearly 70 out of 100 would have earned Oakland a spot in the top ten of our 2015 City Scorecard were the city included. Oakland scored well in several policy areas, but its exemplary score can be attributed in part to its performance in a couple policy areas, namely transportation policies and actions to support efficiency efforts among energy and water utilities. In transportation, Oakland tied Arlington County, Virginia for the highest score of all cities we’ve assessed. Some of Oakland’s transportation-related achievements include: widespread availability of the AC transit and BART rail service and high regional spending on transit, a Green Fleet resolution to encourage efficient driving behavior, and active government participation in Oakland’s Clean Cities Coalition partnership. Oakland’s high score in energy and water utilities was due to several factors, including strong utility spending on electric and natural gas efficiency programs and Oakland’s support for these programs through the Local Government Sustainable Energy Coalition’s Energy Policy Committee.

A Conversation with Oakland

To share Oakland’s story, I corresponded with Daniel Hamilton, the Energy Program Director for the City of Oakland over email. The following exchange has been edited for clarity.

Tyler Bailey: What have been the most effective energy efficiency programs Oakland has implemented that have saved the most energy?

Daniel Hamilton: Oakland participates in a range of regional programs to increase energy efficiency in buildings, the most effective of which is the single family and multifamily home retrofit programs of the Bay Area Regional Energy Network (BayREN). BayREN is a joint effort of the cities and counties of the San Francisco Bay Area, and has had great success in addressing the hard-to-reach market of existing residential buildings. Meeting our long-term efficiency goals requires greater penetration into the existing building stock, and working collaboratively with other local governments, rather than independently, has allowed us to manage programs like this at a scale that is much more effective.

TB: Based on your successes and experience with overcoming hurdles, what advice do you have for other localities working to improve energy efficiency?

DH: Cities have an unprecedented level of resources available to them now to support advanced energy efficiency policies and programs. Nonprofits like the New Buildings Institute and the Institute for Market Transformation, in addition to federal agencies like the Department of Energy, have developed comprehensive guides to assist cities in drafting ordinances, designing programs, and improving compliance and implementation. The ACEEE Scorecard criteria also provide a great framework for understanding the range of actions that a city can take to improve its energy performance and reduce its associated GHG emissions.

TB: Where do you see the greatest (untapped) potential for energy efficiency in Oakland and how are you working to tap that potential?

DH: There are two areas of greatest potential for Oakland to lower our energy consumption—energy conservation ordinances and community choice aggregation (CCA). The city adopted the Energy and Climate Action Plan which calls for the consideration of both residential and commercial energy conservation ordinances, and the city is pursuing multiple strategies for developing such ordinances in 2016. In addition, the city is participating in a countywide effort to form a community choice energy program, creating more renewable energy demand and a new provider of energy efficiency services. Developing these efforts into programs to be considered by the city council are key priorities in our efforts to substantially lower energy consumption and increase renewable energy generation in Oakland. 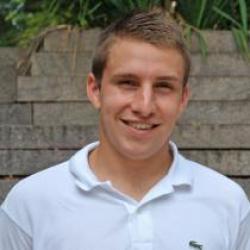