The infrastructure bill recently passed by the Senate was hailed as a bipartisan success on many fronts, but it missed a crucial opportunity to equitably reorient transportation funds toward addressing climate change. While the package took small steps by funding some electric vehicle (EV) charging infrastructure programs and sending more dollars to strained public transit systems, the bill still uses massive spending to perpetuate the unsustainable transport system in the United States today.

The transportation sector is the single largest emitter of greenhouse gases in the United States and is a critical economic driver, connecting people to jobs and services. With changes to the infrastructure bill unlikely, Congress will need to use its budget reconciliation bill to make some headway toward a low-carbon transportation system.

What does the infrastructure bill include on low carbon transportation?

The infrastructure bill largely incorporates provisions from the Senate’s Surface Transportation Reauthorization Act of 2021, while leaving a number of key climate-centered provisions from the House of Representatives’ INVEST in America Act on the cutting room floor. Congress had an opportunity to resolve the major differences between these bills to ensure that future investments reduce—rather than exacerbate—transportation’s climate impacts and inequities, but the infrastructure bill skipped that process.

Up to $12.5 billion for electric vehicle programs – The infrastructure bill ostensibly includes $7.5 billion to deploy a national network of publicly accessible EV chargers as well as $5 billion for the acquisition of clean school buses. However, a closer look at the details shows that this money isn’t entirely dedicated to electric vehicles and EV charging infrastructure; some of it can instead be used to purchase low-emissions diesel buses, as well as to fund the installation of propane and natural gas fueling facilities. These technologies don’t have the same greenhouse gas (GHG) emissions reduction potential as electric vehicles.

$39 billion in additional public transit funding – Public transit agencies have seen a staggering drop in ridership and fare-based revenues during the COVID-19 pandemic. Public transit serves as the backbone of major urban centers, is the single cleanest and most efficient way to move people en masse, and is disproportionately used by low-income communities and households of color. While the additional $39 billion is a good first step toward addressing existing capital-related needs, transit agencies need more than one-off injections of funds. They need consistent federal funding to ensure that they can meet future clean mobility needs—particularly for marginalized communities— while also addressing the $90 billion project backlog.

$6.4 billion for state projects to reduce carbon emissions from transportation – The bipartisan bill funds a program that awards grants to state projects that reduce transportation GHG emissions and encourages states to create a carbon reduction strategy. There are, however, no requirements for tracking the impact of these projects on GHGs nor any repercussions for not meeting achieved goals.

$6.5 million for multimodal freight projects – A new authorization for Nationally Significant Multimodal Freight Projects would increase funding available to expand the use of lower-emissions freight modes such as rail and short-sea shipping between coastline ports. The bill also supports freight system efficiency by requiring environmental concerns, decarbonization, community impacts, and e-commerce to be addressed in the national freight strategic plan; establishing a multimodal freight infrastructure and policy office; and reauthorizing the national freight research program.

What do we need to see in the budget reconciliation package and in future legislation?

There will be a new opportunity for the coming budget reconciliation bill to partially fill critical gaps in climate-forward transportation investments left wide open by the infrastructure bill. The bill could use tax credits and grant programs to support an equitable, low-carbon transportation system—though even that will only be the starting point to adequately address transportation emissions. Here are several top priorities Congress needs to include this month and in future legislation:

Incentives for medium- and heavy-duty EVs – On EVs, it’s critical that Congress create a purchase incentive for medium- and heavy-duty electric vehicles (passenger EVs have long been eligible for a federal tax credit). EV trucks can cost up to twice as much as their functionally comparable diesel counterparts, making purchase incentives critical for spurring electrification in the heavy-duty sector. The Senate’s Clean Energy for America Act and Representative Beyer’s (D-VA) Green Vehicle Adoption Nationwide Act both call for a tax incentive that would cover 30% of the upfront cost of purchasing an electric truck or bus. This is a necessary step given that the infrastructure bill effectively raided the pot of money available for EV bus purchases by loosening qualifying requirements and allocating fewer dollars than expected.

Sustained funding for public transit – Congress will also need to allocate a more sustainable stream of money to public transit operations and maintenance. Historically, federal transportation funding has favored highway construction and maintenance. While up to 20% of Highway Trust Fund (HTF) revenues are nominally dedicated to transit expenditures, between 2010 and 2019, an average of just 12.8% of the HTF was spent on public transportation. The additional $39 billion allocated through the infrastructure bill is a solid first step, but the reconciliation bill could offer an opportunity to create sustained increases in revenues directed toward public transit in line with the 50/50 split (public transit/highways) that many advocates are calling for.

GHG tracking in transportation funding – Finally, the reconciliation bill presents an opportunity to fund climate-focused transportation infrastructure in ways not addressed by the $6.4 billion in the bipartisan bill and to assign specific GHG- and equity-based tracking and impact requirements for that money. Provisions in the INVEST in America bill lend themselves as a good template. That bill’s $8.4 billion allocation for climate programs is accompanied by requirements for states to incorporate GHG emissions reduction and improvement of mobility access into their transportation planning. And it would direct the U.S. Department of Transportation, in collaboration with the EPA, to establish performance measures that will help states evaluate the GHG emissions and mobility access impacts of their transportation systems.

Attaching “teeth” to a pot of climate-focused investments will help reduce the GHG impact and improve the equity of the transportation system. The bottom line, however, is that the infrastructure bill’s massive new highway spending, untethered from climate and equity priorities, is not only a missed opportunity but a backward step. The reconciliation bill cannot fix all of this, but it should be used to the fullest extent possible to support low-carbon, equitable transportation. 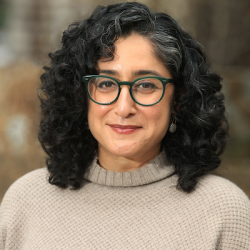 Newsletter
August 2022
The U.S. Senate is set to vote soon on historic climate and energy legislation; the 2022 Summer Study on Energy Efficiency in Buildings; Electric Heat ...
August 4, 2022
Policy Brief
Impacts of the E-QUIP Tax Proposal
We analyzed the economic and environmental impacts of the Energy Efficient Qualified Improvement Property (E-QUIP) proposal, which would allow ...
December 9, 2020

Research Report
A Powerful Priority: How Appliance Standards Can Help Meet U.S. Climate Goals and Save...
November 17, 2020
© 2022 All rights reserved.