The bipartisan infrastructure bill that is poised to pass the U.S. Senate includes modest steps to reduce energy waste and emissions—a sort of down payment toward decarbonizing the U.S. economy. Congressional Democrats are aiming for more significant provisions this fall as part of the budget reconciliation bill, which requires a simple majority to pass. So far, Washington debate over potential climate provisions has focused on the power, transportation, and buildings sectors. But Congress should not overlook industry.

Such decarbonization will require early investments because of the long lifetimes of equipment, the time required to transform production, competition with other countries, and industry’s role in multiple supply chains.

The bipartisan bill has some industrial efficiency and decarbonization provisions. It provides $500 million for demonstration projects under the Clean Industrial Technology Act enacted by Congress last year. It devotes more than $2.5 billion to CCUS, some of which will be in the industrial sector. It provides $150 million to expand the Industrial Assessment Center program that provides energy audits to small industrial firms while also training engineering students in energy management. It also includes $400 million in grants to help small industrial firms implement audit recommendations.

Decarbonizing industry can provide a lot of “bang for the buck.” In ACEEE’s analysis of potential efficiency investments, released in June, industry accounted for 11% of the spending in our “base package” but 71% of the emission reductions. This package includes $107 billion in spending and estimated long-term carbon dioxide emissions reductions (cumulative reductions over 2022–2050) of 2,410 million metric tons across all sectors of the U.S. economy. Those reductions equal the carbon emitted by more than 600 coal-fired power plants in 1 year.

Several important industrial provisions in our analysis do not appear to be included in reconciliation discussions. The biggest item is a proposal for the Department of Energy (DOE) to co-fund the first three commercial-scale applications of transformative industrial technologies, such as the direct reduction of iron ore using hydrogen, which can reduce carbon emissions of primary steelmaking about 97% relative to processes used today. A couple members of Congress are planning to introduce legislation to establish this program soon.

Also in development by a House member is a proposal for DOE to provide competitive grants to consortia working on decarbonization and supply chain challenges facing regional industrial clusters (described in a recent ACEEE blog).

Programs to assist medium and large industrial firms with energy management and decarbonization are important as well, including the Flex-Tech program covered in a bill recently introduced by Rep. Paul Tonko (NY) and several proposals now being developed by other legislators. ACEEE fact sheets provide additional information on these proposals, which together will need about $15 billion in federal funding over the next decade.

For the United States to decarbonize by 2050, industry must play a critical role. Congress should include—not overlook—programs that advance industrial decarbonization in its upcoming budget reconciliation legislation. Federal investments can spur large emissions reductions in the sector and will assist U.S. firms to best compete in a decarbonized world. 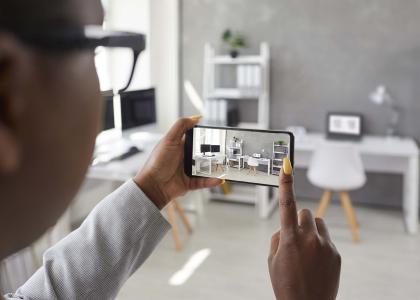