With Ever-Hotter Summers Ahead, Arizonans Might Lose Help Saving Energy

[Update, 5/28/21: On May 26, the clean energy rules were revived in a 3-2 Arizona Corporation Commission vote approving a compromise set of rules that would reestablish the requirement to reach a 100% carbon-free power sector, but extend the ultimate target date from the originally proposed 2050 to 2070; the 2032 goal of 50% would remain unchanged from the original proposal.

Notably, the newly approved rules would extend and expand the state’s energy efficiency resource standard (EERS) for electric utilities. This includes a capacity-based standard requiring savings equal to a 35% reduction in 2020 peak demand by 2030. They also include an annual MWh savings target of 1.3% (averaged over each 3-year planning period). The May 26 vote restarts the clock on the formal rulemaking process, with a public comment period to run through August 20, followed by a final Commission vote that will need to take place before the rules can take effect. New developments in the proceeding can be followed in this docket.]

Arizona residents face rising heat and often-challenging energy bills, but help on saving energy is now seriously at risk. State regulators this month scuttled proposed clean energy rules that would have extended and expanded requirements for utilities to help customers make energy efficiency improvements. The development comes as several other states in the Southwest and across the nation have added or extended binding energy-saving targets for the programs.

Energy efficiency is no small matter in Arizona’s heat. Last summer, Phoenix broke a series of temperature records, seeing 53 days above 110 degrees. Air-conditioning is vital, but it can be expensive to run, particularly with older equipment or poorly sealed homes. On average, low-income households in the Phoenix metropolitan area devote 7% of their income to energy costs. Older and especially homebound residents must have safe, affordable access to air-conditioning.

With this backdrop, the Arizona Corporation Commission had been preparing to extend the state’s mandate for the utilities’ energy-saving programs as part of a move to a 100% carbon-free grid. That policy, an energy efficiency resource standard (EERS), was among the strongest in the country when the regulators set it in 2010, effectively requiring utilities to achieve cumulative annual electricity savings of 22% by 2020 (or roughly 2% on average annually) through efficiency investments.

Today, many Arizona homeowners can receive significant rebates through their utilities to help pay for efficiency upgrades, like purchasing an ENERGY STAR®-certified AC system or improving insulation. The EERS and resulting efficiency investments have reduced energy costs for households and businesses by four times as much as costs, and they save energy equivalent to that used by 500,000 homes per year. This benefits all electricity customers by reducing total utility system costs associated with energy and infrastructure expenses.

But the EERS required an extension, because it had effectively reached its concluding energy-saving goal in 2020, taking away its teeth. ACEEE research has found that maintaining binding multiyear utility energy savings targets through an EERS is the most important policy driver of utilities’ efficiency programs, correlating with four times larger energy savings.

Progress in sight, then derailed

Regulators had a plan in motion last year. They drafted and advanced a rule that would steer the state toward 100% carbon-free electricity, with an extension of the EERS playing a key role.

Last week, the commission reversed course. A 3–2 majority adopted an amendment that would gut the heart of the rule by making the clean energy and efficiency requirements optional. The commission subsequently voted down the full, weakened rule, effectively leaving the plan moribund.

If Arizona is to keep pace with its neighbors and maintain stable and effective efficiency programs, the commission will need to reintroduce and adopt an EERS with a strong long-term savings goal. Until then, the power is now largely in the hands of the state’s utilities to provide strong efficiency programs.

A recent report published by SWEEP found that APS, the state’s largest electric utility, could use a suite of efficiency, renewable energy, and energy storage investments to save ratepayers $1.4 billion through 2035. The utility’s last efficiency plan, approved in September, was generally strong.

But without a strong requirement to deliver energy efficiency, will the utility continue to capture this low-cost resource for customers and support the energy efficiency economy? That’s what we hope to see.

In time, regulators will need to set a new, stronger efficiency standard. But for now, for Arizonans hoping to reduce their energy bills, the outlook is murky. 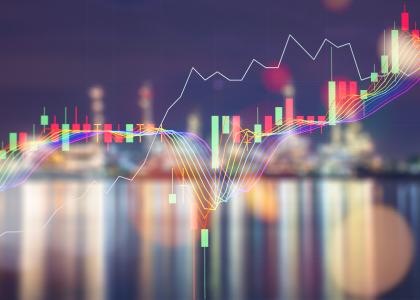 Blog Post
‘Buy Clean’ Policies Have Promise, But We First Need To Know Which Products Are Low-carbon...
December 21, 2020
© 2022 All rights reserved.