The past year was a difficult one in energy efficiency as in so many parts of life, dominated by COVID-19 and the Trump administration, but quite a few states and localities quietly made progress amid the tumult. Many challenges of the pandemic will remain in 2021, but the Biden administration and state and local actions will provide opportunities for landmark progress in several areas of efficiency policy.  I expect this progress to align with ACEEE’s Call to Action, launched last year as part of our 40th anniversary and aimed at using energy efficiency to slash U.S. energy use and greenhouse gas emissions.

Efficiency workers are often unable to enter homes and other buildings because of COVID. As a result, U.S. efficiency-related employment declined by about 500,000 jobs by May 2020, before partially recovering to a net loss of 320,000 jobs by the end of October, aided by a variety of strategies employed by efficiency programs and contractors. With many people now working from home, according to the U.S. Energy Information Administration, residential energy use has increased about 3% over the March-September period compared to the previous year, but commercial and industrial sector energy use have each declined about 8%. The transportation sector has been most influenced by COVID, with energy use during this period nearly 20% less than the same period in 2019. Because of the COVID-induced recession, the International Energy Agency estimates that 2020 efficiency investments will be about 9% lower than in 2019.

For 2021, we hope efficiency jobs will gradually recover, but they would be aided by investments in job-creating economic stimulus programs, as discussed in the next section.

In its final 18 months, the Trump administration aggressively pushed its deregulation agenda. It scaled back federal fuel economy standards, withdrew authority for California and other states to set their own vehicle standards, essentially freezing most appliance standards, rolled back a few standards, and changed the rules on how standards and environmental regulations are set, creating new hurdles for the Biden administration to clear. Most of these actions are being challenged in court (e.g., see here). The courts may allow the new administration to voluntarily vacate some Trump rules; others will have to be reversed via new notice-and-comment rulemakings.

President-elect Biden has pledged to pursue an aggressive climate agenda as one of his key priorities, and there is much the Biden administration can do administratively on climate and energy efficiency. Biden has said he will quickly rejoin the Paris climate agreement. Prior to the scheduled meeting of the Paris agreement parties in November, the new administration will need to develop 2030 greenhouse gas reduction goals and a plan for achieving these goals.

The new administration will likely quickly restore California’s ability to set its own vehicle standards (which also apply in many other states) and set more-aggressive fuel economy and emissions standards for cars and other light-duty vehicles. It will probably implement the statutory light bulb standard that raises the bar for most screw-base light bulbs to LED and CFL efficiency levels. It will start updating appliance efficiency standards for the more than two dozen product categories for which DOE has missed legal deadlines, plus a similar number for which legal deadlines are approaching.

DOE and EPA will likely emphasize decarbonization in research and regulatory decisions and will probably increase support and technical assistance to states and localities on energy efficiency and other ways to cut greenhouse gases. While they may act more slowly, Housing and Urban Development, Defense, the General Services Administration (which runs many federal buildings) and other agencies should act to make homes and buildings they influence much more efficient, and regulatory agencies are likely to require publicly-traded companies to report on climate risks. And a Biden EPA will likely tighten air quality standards, perhaps starting with the ambient air quality standards for fine particles (including from vehicles and power plants) that the Trump administration recently left unchanged.

What Congress does in the new year is a big question. Who controls the Senate agenda will be determined by tomorrow’s election in Georgia. But with Senate filibuster rules requiring 60 votes, bipartisan support will be needed to enact most major legislation (even if Democrats win control, several Democratic senators have indicated they do not want to eliminate the filibuster). Actions that might be in play include an economic recovery package (Biden has pledged to “build back better”), an infrastructure package, a transportation bill (the current authorization of federal transportation programs expires at the end of September), and the 2022 budget. The one exception to needing 60 votes is for budget bills, where there are procedures to enact legislation with 50 votes, providing a narrow path to enacting some of these items.

Energy efficiency programs and policies can be included in all of these. For example, a September 2020 ACEEE white paper on potential investments for an economic recovery package found that about 660,000 jobs could be supported by a package of 17 specific energy efficiency programs. In addition, members will continue to develop new legislation, such as revisions to energy efficiency tax incentives (end-of-2020 legislation extended most of them for one year without changes), additional energy legislation (building on the modest bill passed in December), and longer-term climate legislation (a clean energy standard, carbon tax, and increased research and development have received some bipartisan support).

While the federal government was doing little to address climate and energy efficiency in 2020, states and cities were quietly making progress on these issues, despite shortened legislative schedules and tightened budgets due to COVID. ACEEE’s 2020 City Clean Energy Scorecard identified more than 160 efficiency and clean energy actions by 100 large cities in the year since the last Scorecard. Particularly notable was adoption of mandatory building performance standards by St. Louis, building on similar actions in Washington, DC, and New York City in 2019. Equity concerns received heightened attention at the city level, with cities increasing engagement with, and clean energy investments in, low-income communities and communities of color.

At the state level, a variety of efficiency actions advanced in 2020. Virginia’s legislature adopted energy-saving targets for utilities, and New Jersey adopted rules to implement targets previously set by its legislature. Arizona and New Hampshire have taken steps to increase their energy-saving targets. Many states adopted measures to increase sales of electric vehicles, particularly California, which adopted requirements that specified percentages of truck sales be zero-emission vehicles (electric or fuel cell), and where the governor issued an executive order to require that by 2035 all light-duty vehicles sold be zero emissions. Fifteen states and the District of Columbia pledged to ensure that 100 percent of all new medium-and heavy-duty vehicle sales be zero-emission vehicles by 2050, with an interim target of 30 percent zero-emission vehicle sales by 2030. All of these actions are discussed in ACEEE’s recently-released 2020 State Energy Efficiency Scorecard.

At the beginning of 2020, ACEEE launched a Call to Action as part of our 40th anniversary activities. It outlines bold steps for using energy efficiency to halve U.S. energy use and greenhouse gas emissions by 2050, making a large contribution to U.S. decarbonization efforts. In 2020 we made some progress, particularly at the state and local levels; we look forward to picking up the pace substantially in 2021, continuing state and local progress, but also working with the new administration and Congress on federal initiatives.

Summer Study Proceeding
The Road to Industrial Buy-in for Embodied Carbon Building Standards
August 25, 2022
Regulatory Filing
Comments to IRS and Treasury on Advanced Manufacturing Tax Credits
ACEEE, the League of Conservation Voters, and the Alliance to Save Energy filed this response to the Department of the Treasury (Treasury) and the ...
November 4, 2022 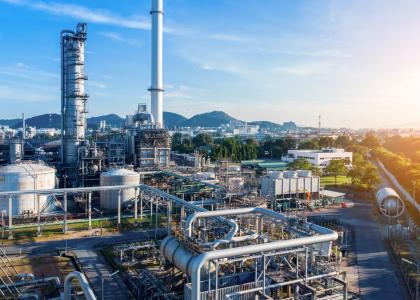 Blog Post
The Climate Bill Can Accelerate a Transformation in Industry
August 11, 2022
© 2023 All rights reserved.