Inspiring Action for a Sustainable Future

DoubleTree by Hilton Portland
Portland, OR 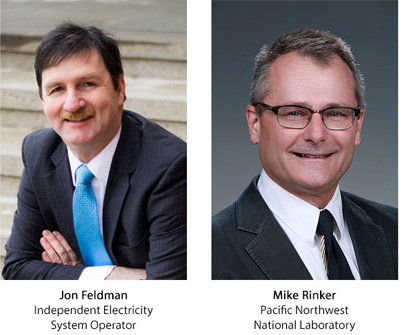 The theme for this historic Summer Study on industrial energy efficiency was “Inspiring Action for a Sustainable Future.”  We chose our theme to wrap around the cycle of empowering people, establishing policy, enhancing processes, enabling action all towards inspiring a sustainable industrial future.  While the cycle continues, it begins and ends with people, like you, who are committed to industrial efficiency.  And what better place to conduct the study than Portland, Oregon a community that is knit together around a sustainable energy future!

As co-chairs we were committed to making the gathering live up to the ideals of being truly inspirational, delivering actionable outcomes, all within the underlying goal of contributing to a sustainable future. In preparation for Portland, we assembled an incredible team of panel leaders from both the USA and Canada, all well respected in the area of industrial energy efficiency.

The proceedings are now available! 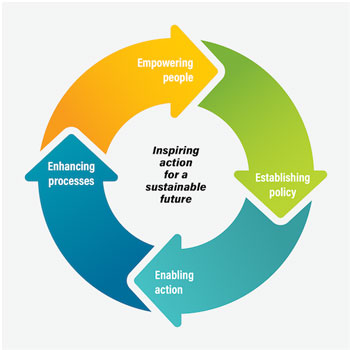 We believe industrial efficiency plays an integral role in building a sustainable future. The key: empowered people. By laying a solid foundation with smart policies and addressing challenges with new processes and designs, we can enable and inspire them to take action that will accelerate our journey.

This conference gave attendees the chance to hear from visionaries and energy leaders, and the opportunity to discuss best practices and new approaches. We know that getting to a sustainable future takes commitment and a coordinated approach.

Click on the title of each panel for a full description. 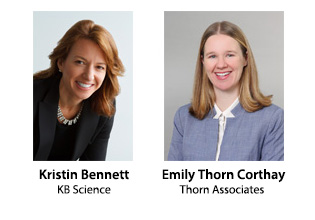 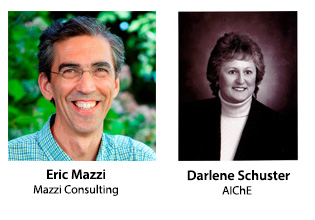 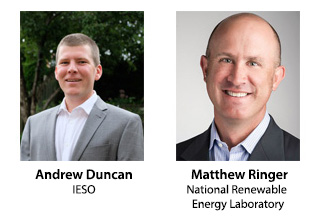 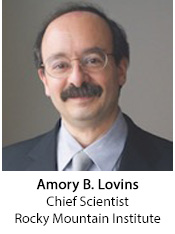 Physicist Amory Lovins is the co-founder, Chief Scientist, and Chairman Emeritus of Rocky Mountain Institute. He has written 31 books and over 630 papers. He is a frequent advisor to major firms and governments on topics ranging from energy efficiency to designing for the environment. He received the Blue Planet, Volvo, Zayed, Onassis, Nissan, Shingo, and Mitchell Prizes, MacArthur and Ashoka Fellowships, 12 honorary doctorates, the Heinz, Lindbergh, Right Livelihood, National Design, and World Technology Awards, and Germany’s Officer’s Cross of the Order of Merit. A Harvard and Oxford dropout, he has taught at ten universities (most recently Stanford’s School of Engineering and the Naval Postgraduate School)—but only subjects he’s never formally studied. In 2009, Time named him one of the world’s 100 most influential people, and Foreign Policy, one of the 100 top global thinkers.

Lovins discussed how energy efficiency in industry can get cheaper and bigger with integrative design.  His recent analysis found that in over $40 billion worth of major projects, optimizing industrial equipment and processes as whole systems for multiple benefits typically yielded design savings of 30–60% in retrofits, and 40-90% in new builds. Paybacks were only a few years and capital cost were almost always lower. Artfully choosing, combining, sequencing, and timing fewer and simpler technologies can save more energy at a lower cost than deploying more and fancier but dis-integrated and randomly timed technologies. This may seem difficult, but it is proven, rapidly evolving, and spreading. 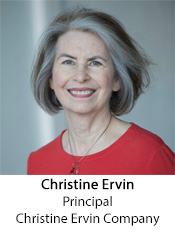 The urgency of climate change is prompting greater discussion, even in US presidential debates, about solutions. Research has documented energy efficiency’s enormous potential to slash greenhouse gas emissions. What role can it play in addressing the climate change, and what are the obstacles and opportunities involved?

Portland-based consultant, Christine Ervin of Christine Ervin Company, addressed these topics during the Wednesday morning Plenary.  Ervin has vast experience in both the private sector and government as the former president/CEO of the U.S. Green Building Council and former U.S. Assistant Secretary of Energy.

Schedule at a Glance 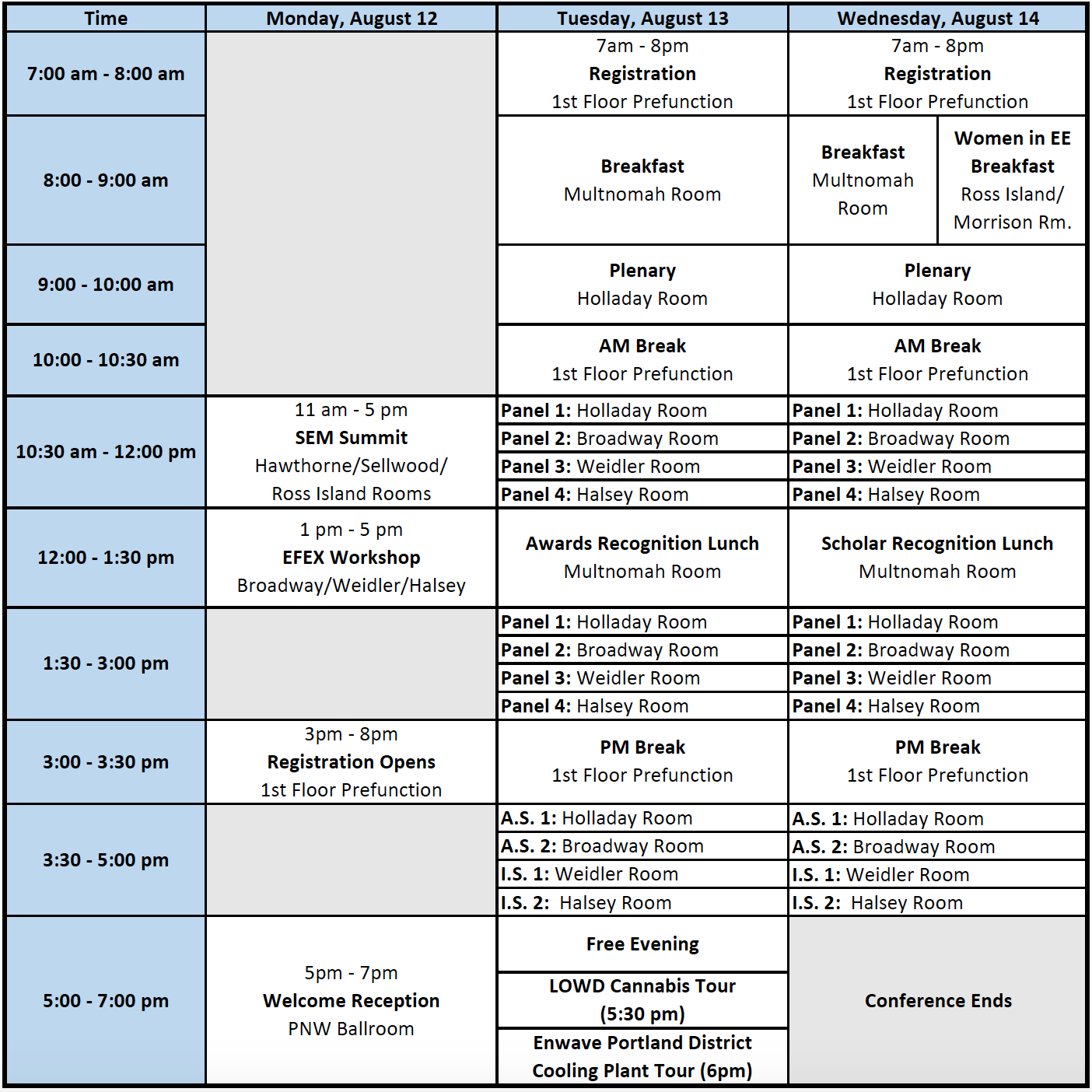 Strategic Energy Management (SEM) programs are changing the way utilities and program administrators interact with large industrial, commercial, and institutional customers. To seize on this development, dozens of stakeholders have collaborated to launch a new initiative, the North American SEM Collaborative (NASEMC), to create a community of practice to advance the success of energy management programs. The third annual SEM Summit held their first official event and introduced the Collaborative and its plans to the public.

This event introduced participants to NASEMC leadership, the Collaborative’s activities, and provided opportunities to become involved. The Summit was built on the success of prior summits and addressed participant’s key needs and advanced SEM program efforts throughout North America.

Get a glimpse of the SEM schedule at a glance.

View the Agenda
Workshop on Corporate Engagement in Energy Efficiency

ACEEE, in partnership with the Energy Future Exchange (EFEX) program, organized a pre-conference workshop to highlight the role that businesses can play in advancing energy efficiency in their own operations and more broadly.

This half-day event brought together industrial efficiency experts, sustainability managers, domestic and international policymakers, and researchers. Attendees learned about best practices and had the opportunity to connect and exchange ideas with a wide variety of stakeholders.

The event consisted of two panels:

Corporate perspectives on industrial decarbonization. This panel provided an overview of how global companies are thinking about the role they play in reducing the carbon footprint of the industrial sector. Panelists discussed the targets, strategies, and programs that these companies are using to reduce carbon emissions from their facilities and operations.

National efforts for promoting industrial efficiency.  National-level policies play a vital role in crosscutting and sector-specific energy efficiency efforts. This panel highlighted successful policies and best practices from the US and Europe that apply to the industrial sector and provide key takeaways from leading countries.

This workshop was co-funded by the European Union.

ACEEE hosted this event in conjunction with the IAC Women for Energy Efficiency Network and with support from the Karen and Neal Elliott Fund. This first-time gathering offered a unique opportunity for women in the industrial field to meet and collaborate. Speakers included: 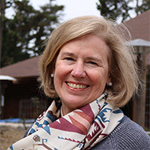 Susan Stratton, executive director of the Northwest Energy Efficiency Alliance (NEEA) whose purpose is to maximize energy efficiency in the Northwest. She serves as the primary liaison between NEEA, its regional funders, and other supporting organizations and governments. Ms. Stratton has more than 30 years of leadership experience in energy policy, utility regulation, economics, and professional education programs. Full bio 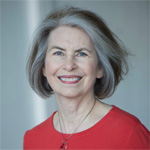 Christine Ervin, former U.S. Assistant Secretary of Energy and first president/CEO of the US Green Building Council. Christine draws on 30 years of experience to address pivotal issues of our time: climate change, greening the built environment and clean energy. Not just from theory or rhetoric. But from on-the-ground results leading private-public collaborations designed to usher in sustainable markets and technologies. Full bio