Clean Lighting: How States Can Cut Mercury Pollution, Protect the Climate, and Reduce Utility Bills by Phasing Out Fluorescent Bulbs

California and Vermont enacted new policies this year phasing out the sales of most fluorescent light bulbs in favor of LEDs. Because LEDs are twice as energy efficient as fluorescents and last far longer, these laws will significantly reduce climate pollution and cut utility bills for households and businesses—all while averting the use of toxic mercury.

How can other states act? Join us to learn more about the urgency of transitioning off of fluorescent lighting and to hear lessons learned from the California and Vermont campaigns that could help inform other state efforts. 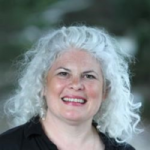 Jennifer develops and supports strategic directions for ACEEE’s efforts to improve efficiency in homes and commercial buildings. Since joining ACEEE in 1997, she has written and presented extensively on buildings and equipment efficiency technologies, policies, and programs. Her current work focuses on maximizing energy savings from key buildings policies including building codes, performance standards, and appliance standards; scaling up deep retrofits and building decarbonization; improving efficiency in indoor agriculture; and analyzing new opportunities for energy efficiency in the buildings sector. She also leads content development for ACEEE’s consumer-focused website, Smarter House. Jennifer serves on the Board of Directors of the Attachments Energy Rating Council and the Resource Innovation Institute. 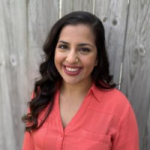 Kanchan advocates for improved national efficiency standards for various appliances and equipment. She also conducts analysis and provides technical support for ASAP’s state standards advocacy. Kanchan worked as a project engineer at Air Liquide before coming to ASAP in 2020. 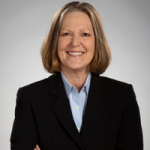 Heidi has been an internationally recognized advocate for Extended Producer Responsibility (EPR) and a circular economy for over 20 years and been in the industry for 32 years. She served as the first Chair of the Statewide Commission on Recycling Markets and Curbside Recycling 2020-2022 which resulted in 34 unanimous policy recommendations, many of which became law in this timeframe. National Stewardship Action Council is a highly successful education and advocacy organization which is known for passage of California’s landmark 2018 medicine and sharps take-back legislation, and in 2021 sponsored passage of Truth in Labeling bills for recycling and “flushable” wipes. In 2022, she was one of 25 negotiators who drafted and passed the Plastic Pollution Prevention and Packaging Producer Responsibility Act, the only true Circular Economy bill in the U.S. In 2022, NSAC led the nation again by sponsoring and passing the most comprehensive fluorescent lamp ban in the U.S. 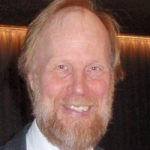 Michael has over thirty years of experience assisting governments enact mercury reduction policies. Starting in 1992, he co-founded and directed the North American Hazardous Materials Management Association for several years. In 1998 Michael co-lead the New England Zero Mercury Campaign, which in 2005 broadened into a national NGO campaign to phase out mercury-add products and promote extended producer responsibility for product discards, such as mercury-added thermostats and lamps. Globally, he initiated a global NGO campaign in support of the adoption of the Minamata Convention on Mercury in 2017 and since then has assisted national governments in Africa and the Caribbean phase out mercury added products and exposed the continued illegal sales of mercury skin lightening creams sold by online platforms such as eBay and Amazon. 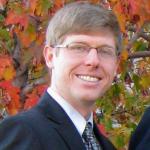 By registering for this event, you are opting to receive future email communication from ACEEE. You may unsubscribe via the link included in all emails.