Cities around the world are preparing for the challenges of the 21st century, including those related to climate change. While most include clean energy initiatives in their resilience plans, few do so extensively, according to ACEEE’s new global survey of 66 cities.

We found that, while many cities are taking some steps to increase energy efficiency and renewable power, only one-fifth include an extensive set of such initiatives in their resilience plans. These initiatives can help cities, which represent about two-thirds of global energy use and emissions, mitigate the unprecedented challenges posed by climate change.

For example, after the 2011 Tohoku earthquake and tsunami in Japan, electric vehicles provided essential services to devastated communities, and during Hurricane Maria in Puerto Rico in 2017, a solar power system on a San Juan hospital provided electricity.

Which cities do most to include clean energy?

To understand clean energy’s treatment in the global resilience movement, ACEEE rated the extent and quality of clean energy initiatives in 66 community resilience plans obtained from an international program called 100 Resilient Cities. We found that climate change is the primary driver for such initiatives in these plans, most of which include at least one measure to increase energy efficiency and renewable power generation.

Yet only about 20% of cities earned a rating of “exemplary” or “substantial” for energy efficiency or renewable energy initiatives in their plans. More than half received an “adequate” rating for energy efficiency (39 cities) and nearly half for renewable energy (32 cities). The remainder scored “lacking,” meaning they incorporate few initiatives or none at all. Key findings include:

We also found that Atlanta, Chicago, Honolulu, New York, the Santiago metropolitan area, and Washington, DC, are the only cities to earn at least a substantial rating for both energy efficiency and renewable energy. 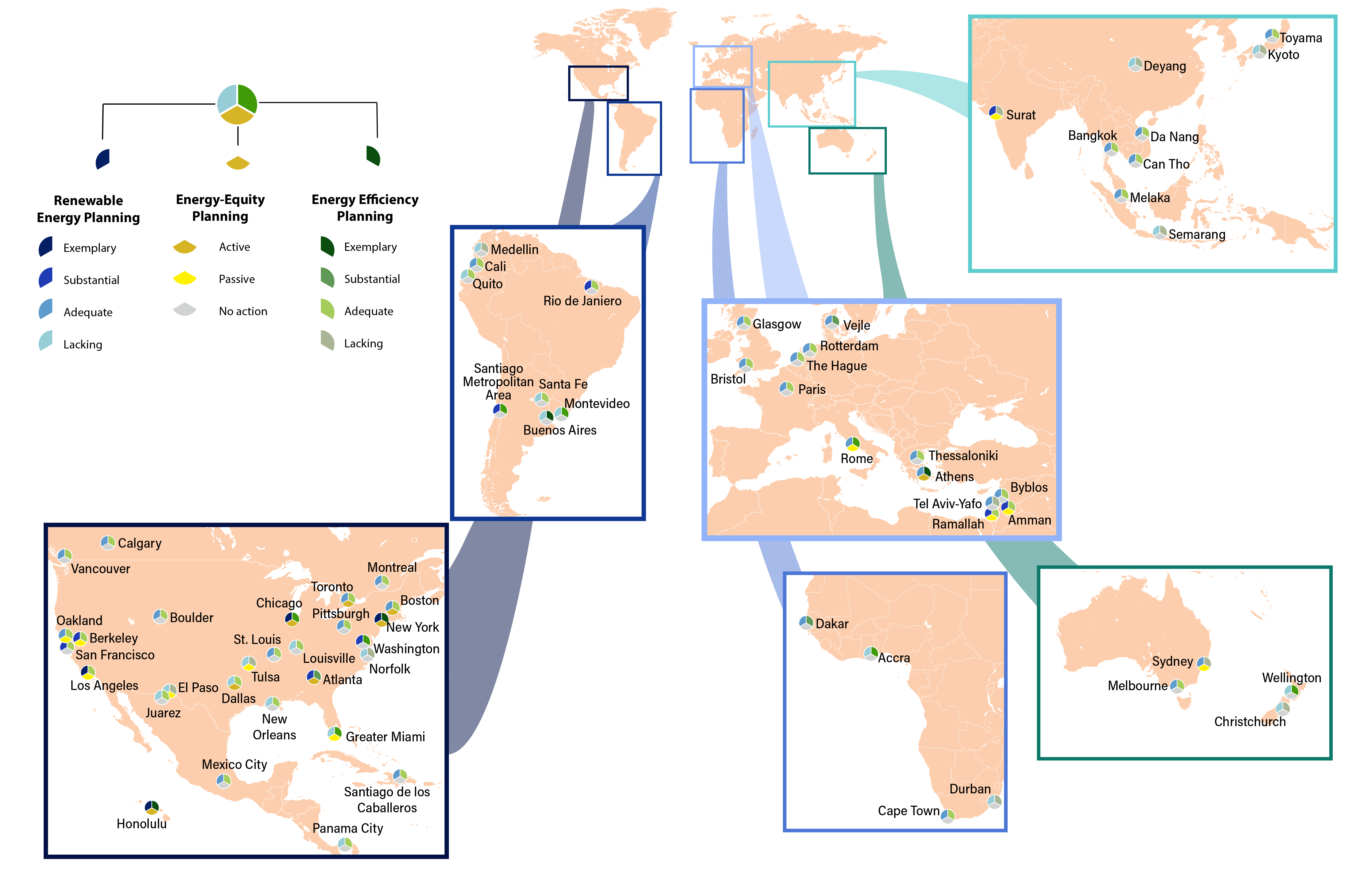 We also looked at equity issues to ensure that cities are take into account the needs of the most vulnerable people in their communities in their resilience planning. A few cities — including Chicago, New York, and Athens— aim for energy equity, which calls for reducing energy burdens and improving energy affordability, but about two-thirds of the cities surveyed do not address energy or transportation equity at all.

Which initiatives can cities incorporate?

Honolulu, for example, proposes a benchmarking ordinance for commercial buildings, a residential energy use disclosure requirement, incentives for electric vehicles, and expansion of its EV charging network.

Buenos Aires proposes to expand bike lanes and bikeshare stations and to reward cyclists for each kilometer traveled. To foster transit-oriented development and transit efficiency, it plans to promote mixed-use development and 16 kilometers of railway tunnels that will strategically link the city’s rail system.

To spur renewable power, cities can aim to generate 100% of their energy from renewable sources and use only this energy for municipal operations. They can increase local wind energy generation, solar-plus-storage systems, and waste-to-energy facilities.

Los Angeles, for example, plans to leverage its municipal utility to replace 70% of existing electricity generation with renewables within 15 years to achieve a long-term goal of 100% renewable energy. It also plans to conduct a solar-plus-storage pilot on municipal buildings, with a goal to expand the project to vulnerable neighborhoods.

Energy efficiency and renewable energy can be critical tools in boosting community resilience by strengthening local energy systems and the communities they serve, delivering more-reliable and -affordable energy, and addressing the increasingly urgent challenge of climate change. Cities can be leaders in meeting these challenges by establishing and implementing robust clean energy initiatives. 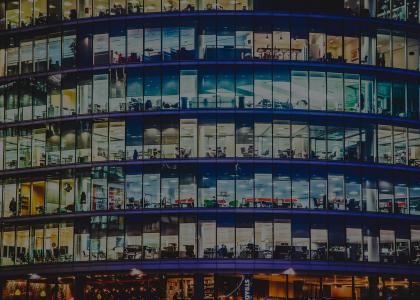