Biden’s Efficiency Proposal for Manufactured Homes Must be Strengthened

Energy efficiency requirements for manufactured homes (sometimes called mobile homes) have not been updated since 1994. The Department of Energy (DOE), in a proposed rule posted online this week, offers a “primary” option that would leave many homes with standards little stronger than those created nearly three decades ago (and weaker than those proposed by President Obama). It also presents an “alternative” option that is stronger, but still appears to miss significant opportunities to save residents money and cut greenhouse gas emissions.

“The department’s primary proposal would leave many low-income residents of manufactured homes with decades of high energy costs. The alternative proposal appears to be a better start, but the department needs to look at stronger options to reduce overall costs and emissions,” said Lowell Ungar, director of federal policy at the American Council for an Energy-Efficient Economy (ACEEE). “For decades we’ve allowed the manufacturers to make poorly sealed, lightly insulated homes that waste a lot of heating and air conditioning and cause needless greenhouse gas emissions. To tackle this problem, the administration needs to develop a stronger standard in the final rule.”

Under DOE’s primary proposal, some homes would be required to have more insulation, better windows, and fewer drafts than today’s models. But others—those with a manufacturer’s suggested retail price under $55,000—would have a far weaker standard. That standard would leave residents paying more overall (when factoring both energy costs and home purchase prices) in the long run than they would if their homes were built to the standard proposed for higher-priced manufactured homes, according to DOE’s calculations.

The average sales price of a single-wide manufactured home has historically been close to the standard’s threshold, so the weak standard would apply to a sizable portion of the market, typically the lowest-income buyers. In addition, setting a retail price threshold risks gaming of the threshold and inadvertently shifting the market toward these less-efficient manufactured homes.

Under DOE’s alternative proposal, all new manufactured homes would need to meet the higher standard. Under the higher standard, residents of new single-wide homes would save $1,727 over 30 years (net of costs); residents of multi-section homes would save $2,511 over 30 years, according to DOE’s proposal. But DOE seemingly limited the scope to improving the efficiency of building components that were covered in a 2016 proposal, thus missing significant energy savings that are in the 2021 model energy code for site-built homes (which by law must be the starting point for this standard).

While most new home construction is governed by state or municipal building energy codes, manufactured homes, which are made in facilities that may ship to multiple states, are regulated by the federal government. The Department of Housing and Urban Development (HUD) sets a building code for the homes, but it has not updated the energy provisions since 1994.

Recognizing the need to reduce wasted energy in these homes, Congress—in a bipartisan energy bill in 2007—directed DOE to develop and finalize a separate energy standard for manufactured homes by 2011. The Obama administration issued a proposal in 2016, but DOE has still not issued a final standard. The Sierra Club sued DOE over its failure to publish a rule by the legal deadline; the department agreed in a settlement to propose a new standard by August 16, 2021 and publish a final rule by May 15, 2022. 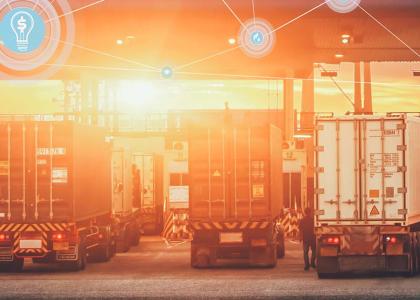 Research Report
Strategic Energy Management Program Persistence and Cost Effectiveness
May 6, 2021
White Paper
ACEEE's Leading With Equity Initiative: Key Findings and Next Steps
This white paper highlights the key findings from the first year of ACEEE’s Leading with Equity Initiative, launched in February 2021. Through the ...
December 9, 2021
© 2022 All rights reserved.