Putting a Price on Carbon Is Not Easy; Energy Efficiency Can Help

Carbon pricing has gained ground worldwide but has also drawn increased pushback in recent years, becoming a political issue, as illustrated in the current Canadian election. To accelerate its success, more evaluations are needed to understand the economic impacts of existing policies and the promising role of energy efficiency.

Economists routinely recommend putting a price on heat-trapping carbon emissions as a primary strategy to reduce emissions and mitigate climate change. But for all this attention, a key question too often gets overlooked: how can carbon pricing encourage more energy efficiency, which can halve carbon emissions? Carbon pricing can encourage efficiency in two ways: it makes the economics of efficiency more favorable by raising energy prices; and often provides funds to invest in efficiency programs.

According to the World Bank, 57 carbon pricing initiatives have been adopted globally —six more jurisdictions than a year ago, covering about 20% of global emissions. Such pricing is particularly common in Europe. In North America, 13 states and provinces have carbon pricing in place, with a national backstop in place in Canada for provinces without their own carbon price. Many of these initiatives began years ago; the Northeast Regional Greenhouse Gas Initiative (RGGI) began in 2009, a carbon tax in British Columbia in 2008, and the California cap and trade program in 2013.

Despite some recent forward momentum, carbon pricing is facing political challenges in Canada, as well as in Washington state, Oregon, Australia, and the US Congress.

Climate is a major issue in Canada’s election

Our neighbor to the north is in the midst of a parliamentary election, with votes to be cast on October 21, 2019. Climate policy is perhaps the number one issue, with the Liberal Party of Prime Minister Justin Trudeau defending its climate policies, including the backstop carbon tax it began earlier this year, and the major opposition party, the Conservatives, making repeal of the carbon tax a cornerstone of its campaign (party positions are discussed here). In 2018 and 2019, opposition to carbon pricing contributed to Conservative provincial victories in Ontario and Alberta among other issues. Since those elections, Ontario has repealed its cap and trade program and Alberta has eliminated its carbon tax.

Carbon tax gets tested in Australia

Australia is another case in point. There, the left-of-center Labor Party established a carbon tax in 2012, and the tax was a central part of the right-of-center Liberal Party’s successful effort to take control in the 2014 election. After taking office in 2014, the Liberal Party quickly repealed the carbon tax. Climate policy was again a major issue in the 2019 election, with Labor emphasizing climate change (but this time, climate policies instead of a carbon tax) and the Liberals focusing on the economy. Ultimately the economy proved more decisive, particularly in coal regions.

Several US states have faced similar challenges. In Washington state, two citizens’ initiatives to establish a carbon tax were defeated. One offset the revenue from the carbon tax with a reduction in the state sales tax, while the other spent much of the revenue on climate mitigation and adaptation measures, including energy efficiency. These defeats appear to stem partly from concerns about both the economic impact of a carbon tax and disagreements about what to do with the revenue raised — trying to find the sweet spot between returning some funds to taxpayers and also spending some of the funds on energy efficiency and other programs to address climate change.

And in the US Congress, a cap and trade program passed the House during the Obama administration but couldn’t get enough votes in the Senate. Since then, various carbon tax bills have been introduced, but none have gained momentum. To date few Congressional Republicans have been willing to support carbon pricing.

Efficiency can help make the case

While opposition to carbon pricing has grown in the United States and Canada, some progress has been made. The Canadian carbon tax backstop went into effect this year, and New Jersey is on a path to participate in RGGI beginning in 2020; Virginia may also join RGGI if control of the state legislature flips this November. In the Northeast United States, nine states and Washington, DC, are planning for a regional cap and invest program for transportation fuels, with completion of the policy design process targeted for the end of this year.

For carbon pricing to accelerate, however, more effort is needed to address concerns. Only some carbon pricing policies have been evaluated, and while evaluation results are generally positive (see here and here), more evaluation is needed on the impact of carbon pricing on the economy. Evaluations to date generally show that carbon pricing does modestly reduce emissions, but the larger impacts are often from associated policies such as energy efficiency programs funded with carbon price revenues or from adopting complementary policies as Washington state did this year. For example, a Duke University analysis found that RGGI’s spending on energy efficiency was an important reason for its emissions reductions after controlling for other factors.

RGGI may show the path forward. It uses the majority of collected revenue to fund energy efficiency programs, and as a result, it provided $1.4 billion in net economic benefits over the 2015-2017 period, according to a recent evaluation. This impressive return on investment turns economic concerns on their head and suggests energy efficiency could be the key for helping carbon pricing succeed. 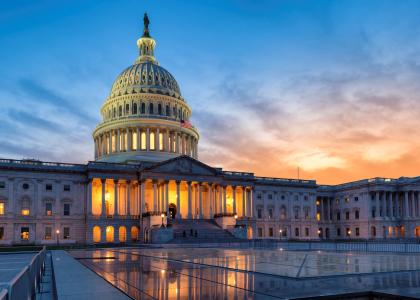