Earth Day Since the 70s: A Founder's Tale 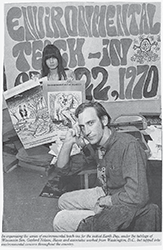 In 1970, headbands were in, Simon & Garfunkel topped the charts, and Denis Hayes, a graduate student at Harvard, read about a fledgling environmental movement. Determined to volunteer, he flew to Washington, DC, with the intention of organizing Earth Day at Harvard. Instead, he became the organizer for Earth Day across the entire United States.

Inspired by the role of teach-ins in anti-war and civil rights protests, US Senator Gaylord Nelson started the Earth Day movement as a “national teach-in on the environment.” The movement swiftly gained popularity, and today Earth Day is celebrated in more than 190 countries.

We sat down with Denis Hayes to discuss the first 49 years of Earth Day, the evolution of the movement, and how energy—and efficiency—play a huge role in climate action and a sustainable future.

What was it like to be the national coordinator of the first Earth Day?

It was like riding a Tesla with the pedal to the floor. The acceleration was from zero to 1,000 in a matter of months. Early community meetings often had fewer than a dozen people. But April 22, we had 20 million participants, with more than one million in Manhattan alone!

My hope—in some large measure realized—was that Americans would come to see that they had a “right” to a clean, healthy environment, and that the law would guarantee that. The first Earth Day was passionate and intense, and it led directly to a wave of change. Clean Air Act. Clean Water Act. Endangered Species Act. Marine Mammal Protection Act. EPA and NOAA. Superfund. On and on. 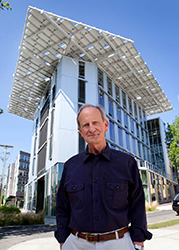 What role have energy and energy efficiency played in Earth Day over the past 49 years?

Energy has been at the core of much of what Earth Day has sought to achieve over the decades. (The Santa Barbara oil spill of 1969 was one of the fuses that set off Earth Day.) By seeking to internalize the real costs of acid rain in the price of electricity and steel, through CAFE (Corporate Average Fuel Economy) regulations of automobile fuel efficiency, by promotion of LED lights and super-efficient refrigerators and high-efficiency heat pumps, etc., we’ve tried to envision a comfortable life requiring vastly less energy. We have made clear that a healthy environment does not involve living in caves and reading by candle light.

In the Carter Administration, I headed SERI (since renamed NREL [National Renewable Energy Laboratory]), which housed the most advanced renewable energy research effort on the planet. SERI’s Assistant Director for Policy, ACEEE champion Henry Kelly, was responsible for compiling the strategy to reach President Jimmy Carter’s goal of obtaining 20% of the nation’s energy from solar by the year 2000. Although this was definitely a challenge, it was plausible only because the heart of the proposal was radical improvements to the nation’s energy efficiency.

Had we stayed on that path, we could have avoided the climate crisis comparatively cheaply and painlessly. Henry’s team included Art Rosenfeld, Bob Williams, Jeff Harris, David Goldstein, Frank von Hippel, Charles Gray, and many others who have played prominent roles at ACEEE over the years. 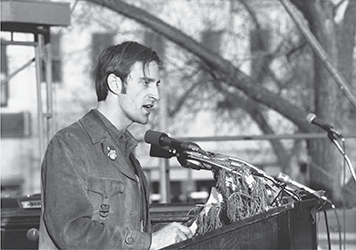 How would you describe the diversity, or lack thereof, of the environmental movement since 1970?

The first Earth Day, and the environmental movement in general, has been largely powered by women. Women constitute most of the members of local, state, and national environmental groups.

Racial and ethnic diversity has historically been more iffy. On that first Earth Day, we had African-American groups protesting plans to plow freeways through their dynamic inner-city neighborhoods. But the big crowds were overwhelmingly white and middle class. If you were a poor person of color, you had a lot of other problems and not a lot of extra time. So although the poor have always suffered the worst environmental conditions, only in times of true crisis have they tended to include the environment near the top of their priorities.

The environmental groups themselves were part of the problem. They all raised most of their money through direct mail. Poor people tended to respond to personal requests, not direct mail, so they weren’t on the mailing lists that were traded and sold. Groups tended to emphasize the issues that got the great mail response, so they wound up emphasizing issues that appealed to middle-class, college-educated white people. This is despite the fact that black and Latinx people and Asian & Pacific Islanders often respond very affirmatively to various environmental issues and are consistent sources of support for parks and other environmental ballot issues.

This is improving. There are strong, young environmental justice and climate justice groups carving out their own space. And mainstream groups have, for a couple of decades, been diversifying their boards, their staffs, and memberships. But there remains a long way to go.

Are recent dire reports about climate change adding an urgency to Earth Day?

It is already far too late to avoid many of the ravages of climate change—intense storms, forest fires, droughts, etc. The question today is whether we—and the entire rest of the world—can make a swift enough transition to the ultra-efficient use of 100% renewables to avoid tipping points where climate cycles produce feedback loops that are self-reinforcing, like wide-scale emissions from warming methane hydrates. That will be an enormously heavy lift; some would say it is highly improbable, if not impossible. If we are to stand a chance, the Earth Day campaign for 2020 must recapture all the intensity of those first few years. 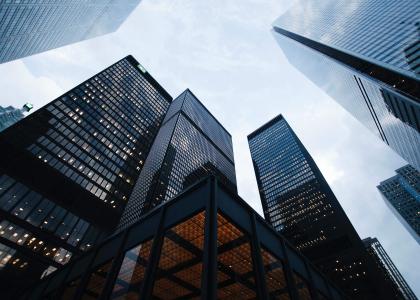