Roses Are Red, But They Might Not Be Green

The energy cost of roses isn’t very romantic. Of the 250 million roses Americans buy on Valentine’s Day, 90% are imported, requiring refrigeration and hundreds of cargo planes. Even domestically grown flowers require temperature control and land transportation. Curious about the energy involved in your bouquet? Here are a few things you might not know—and a few suggestions for a more eco-friendly Valentine’s Day.

Every February, Americans shell out big bucks in the name of romance. In 2019, the National Retail Federation estimates that Americans will spend a record $20.7 billion on Valentine’s gifts, a 6% increase from last year. One-third of romantics plan to give flowers, two-thirds of which will be roses, the top choice. But most won’t come from the United States.

In recent decades, the South American flower trade has boomed. As bulk flower imports became cheap and plentiful, supermarkets and large corporations such as Walmart began to edge out local florists as America’s primary flower vendors. As a result, the domestic flower market shrunk. In 2015, the United States was the world’s largest importer of cut flowers, importing about 70% of all flowers sold in the US with the number spiking to 90% for Valentine’s roses, according to the Society of American Florists.

Where do they come from?

Of imported US flowers, almost all come from Colombia, Ecuador, and the European Union. Terril Nell, a professor emeritus at the University of Florida who specializes in the production and postharvest care of domestic and international flower crops, explained that the varied altitude and temperatures of equatorial nations provide optimal growing conditions for different types of flowers. These flowers often do not require additional heating or cooling until they are transported. In European nations, flowers are often cultivated in temperature-controlled greenhouses.

After being cut, they are refrigerated at a maximum of 40 degrees Fahrenheit, packed into a cargo plane with more than one million other blossoms, and shipped stateside. Every day for three weeks leading up to Valentine’s Day, 30 cargo planes laden with roses will travel from Colombia to Miami.

The four billion flowers imported from Colombia each year consume 114 million liters of fuel and release 360,000 metric tons of CO2 on their flights to Miami alone, according to Brandon Graver of the International Council on Clean Transportation. But what about the 250 million Valentine’s Day roses? Assuming 90% are imported, then shipping romance overseas takes about 6.4 million liters of fuel and releases 20,250 metric tons of carbon dioxide —about as much as the CO2 emissions from 4,300 passenger vehicles. To offset these emissions, we’d have to grow almost 335,000 tree seedlings for 10 years.

Still, this energy use estimate is very conservative. It assumes all roses are imported from Colombia, which means less travel distance than importing from Ecuador or the European Union. It doesn’t include the energy involved in transporting flowers from the Miami airport to their final point of sale or the energy cost of keeping them under constant refrigeration. It also doesn’t account for the waste rate of flowers—the amount that die in transit or arrive too damaged to sell, which averages about 15% from supermarkets and 20% from wholesalers.

Dr. Nell cautions, however, against concluding that imported flowers use more energy than domestic ones. Although domestic blooms do not require international shipping, they must be grown in temperature-controlled greenhouses. A lack of data in the floral industry makes it difficult to conclude which process is more efficient.

Regardless, we don’t want to take the bloom off your romance. There is good news from the floral industry. As refrigeration technology continues to improve, the floral industry is “rapidly switching” to sea-shipping as an energy- and money-saving alternative to exporting flowers by plane, explained Dr. Nell. “It’s environmentally responsible, less expensive, and the temperature control is perfect,” Nell said. “Energy costs are reduced by 50-60%”

In the United States, greenhouse growers are achieving a variety of benefits by switching to more energy-efficient LED lights. A 2017 US Department of Energy study found that LED technology could slash energy use by 40% if it were used in all horticultural lighting. Because they give off less heat, LEDs cause less evaporation, which means the plants need less water. They also yield better plant growth. Their flexibility in color, position, and brightness can be tailored to fit the growing cycle of a specific crop. This allows growers to reduce the amount of plant growth regulators (PGR) — chemicals, sometimes known as plant hormones, that promote or inhibit plant growth. Using fewer PGRs is healthier for greenhouse workers.

What you can do

Want to wow your date and be eco-friendly? Here are three tips:

Fact Sheet
Energy Efficiency Should Be Included in a Reconciliation Clean Grid Plan
President Biden has proposed an Energy Efficiency and Clean Electricity Standard (EECES), yet in congressional discussions about including clean ...
August 12, 2021 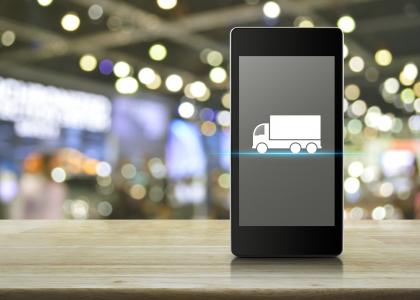 Blog Post
Electric Truck Fleets Will Need a Lot of Power, but Many Utilities Aren’t Planning for It
July 23, 2020
© 2022 All rights reserved.