Iowa Takes Huge Step Backward on Energy Efficiency, While Other States Move Ahead

Iowa used to be known as a state very supportive of energy efficiency, but some recent news has people around the nation wondering what Iowa is thinking. Last Friday, Governor Kim Reynolds signed a bill (SF2311) that will severely curtail utility energy efficiency programs in the state. With a party line vote in the senate and a stroke of the governor’s pen, Iowa’s longstanding position as an energy efficiency leader in the Midwest has come to an end. Fortunately, a number of other states are providing examples of positive action on energy efficiency.

A three-pronged attack in Iowa

That latter provision is particularly destructive. Energy efficiency programs almost never pass the RIM test because reduced sales revenues to the utility are treated as a cost; typically the more energy a program saves, the worse it does on the RIM test. That is why, prior to this legislation, no state in the country used the RIM as its primary cost-effectiveness test to screen out programs (and in fact, the one state that relied on RIM in any significant way — Virginia — recently solidified its move away from RIM).

This provision could create chaos for utility energy efficiency programs in Iowa. It will make it impossible to plan ahead and budget for how many customers will be eligible and how many will opt out. It will also turn utilities and participating retailers and contractors into “rebate police.” While any customer could participate in an energy efficiency program (e.g., receive a rebate for energy-efficient appliances and upgrades) before SF2311 was passed, customers will now have to be individually screened and checked for eligibility.  The utility/contractor/retailer will have to refuse participation if the customer has opted out.

Some hoped that Governor Reynolds would veto the bill because she spearheaded the development of the Iowa Energy Plan (published in December 2016) while she was Lieutenant Governor. The plan prioritized state policies aimed at encouraging energy efficiency. Of particular irony is the new law’s exemption of efficiency requirements for co-ops, given the Iowa Energy Plan’s repeated references to the need to provide greater access to energy efficiency for customers in rural and underserved areas. Nevertheless, Governor Reynolds signed the bill late last Friday.

Fortunately, in contrast to Iowa’s huge step backward, several other states are moving ahead with efforts to expand utility energy efficiency achievements. In Michigan, the major utilities recently filed plans to hit new, higher savings targets in response to increased incentives contained in the most recent energy efficiency policy legislation, which also eliminated the previous spending cap. Illinois also advanced significant energy efficiency policy legislation that went into effect in 2017, which significantly increased utility electricity savings targets and raised the previous spending cap.  It also made important improvements to the definition of cost effectiveness and shifted the goal focus from simple annual savings to cumulative persistent energy savings. By coincidence, each of those significant legislative actions occurred in the same month that Iowa published the Iowa Energy Plan (December 2016).  But unlike Iowa, Michigan and Illinois are following through and moving forward aggressively to increase their energy efficiency achievements.

In New Jersey, Governor Phil Murphy signed legislation in April that established energy saving targets ramping up to 2.0% annual incremental electricity savings and 0.75% annual incremental natural gas savings over five years. And in New York, Governor Andrew Cuomo recently announced a goal to save at least 185 trillion British thermal units (Btus) of energy by 2025. Details are still being developed (including the impacts of state building codes, equipment efficiency standards, and expanded electrification efforts), but they include ramping up electricity savings to 3% per year by 2025, as well as increased efforts to foster oil and gas savings.

Virginia Governor Ralph Northam signed legislation in March that should significantly increase energy efficiency in the Commonwealth by requiring certain levels of investment in efficiency for the largest utilities. As noted above, the law also requires that programs that pass three of the four cost-effectiveness tests be approved by regulators even if they don’t pass the RIM test. On the downside, the law also exempts large customers from energy efficiency programs entirely.

While the recent backsliding in Iowa is certainly disappointing, plenty of other states are taking positive steps to advance energy efficiency in the utility sector. These states have recognized the multiple benefits of efficiency, whether that’s reducing consumer energy costs, creating job opportunities, helping to reduce energy burdens for those most in need, or combatting climate change. Hopefully, Iowa will soon return to its past tradition of strong energy efficiency performance and thereby realize the many benefits to consumers and the state economy. In the meantime we will continue working to combat policy setbacks and promote state policies that bring the multiple benefits of efficiency to states nationwide.

Blog Post
Despite Major Efforts, China Still Needs to Cut Greenhouse Gases by at Least as Much as U...
May 27, 2021
Regulatory Filing
Comments in Response to the “New Jersey Cost Test Proposal”
Comments submitted on August 5, 2020 to the Board of Public Utilities on the New Jersey Cost Test Proposal. These comments include recommendations ...
August 5, 2020 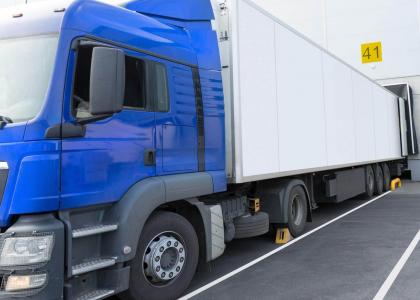