Coal is big. Solar’s bigger. But energy efficiency is the biggest.

The New York Times recently reported that the solar industry now employs more people than the coal industry. It made the point well by featuring the accompanying graphic, based on Department of Energy data that track employment in various energy sectors: 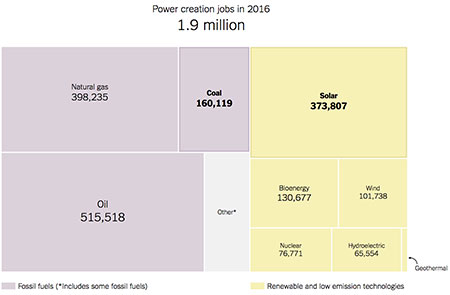 This finding is interesting for a number of reasons, not least of which is the fact that the administration has been emphasizing its intention to revitalize the coal industry. If the number of people employed in a sector is the measure of how much attention it should receive, the implication of the Times piece is that solar should be getting more.

The DOE numbers, derived from a methodology similar to the one used by the Bureau of Labor Statistics for official employment reports, are the best estimates we have for part- and full-time employment in energy efficiency. As we noted in a prior post, such tracking is much trickier for efficiency than it is for traditional and alternative energy sectors, because energy efficiency is not a sector in the way that steel or auto manufacturing is. This makes it difficult to estimate energy efficiency employment, so we greatly appreciate DOE tracking these numbers so rigorously.

Solar power has always had a certain cachet to it: it’s often what comes to mind first when people think about emerging energy technology. But energy efficiency, doing more with less, has long been one of the largest, if largely invisible, sources of energy we have.

In that sense, there’s nothing new about how important the efficiency industry is, so the Times may not think it’s newsworthy. But if we are going to talk about how large the various energy industries are, it makes sense to include the largest one. 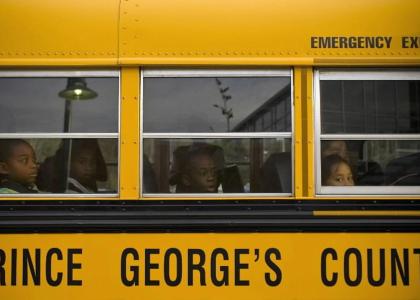 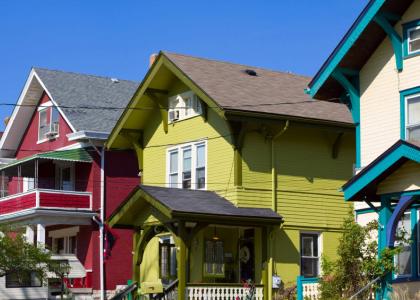 Blog Post
Cities Are Using an Emerging Model to Boost Renewables, but What about Energy Efficiency?
August 11, 2021
© 2022 All rights reserved.