In its recent budget outline, the new administration proposes to eliminate funding for the ENERGY STAR® program. An earlier leaked draft suggested that the private sector should take over the program and that a government role is not needed. Others have suggested that ACEEE should run the program. We strongly disagree.

ENERGY STAR is a huge return on investment

More than 16,000 ENERGY STAR retailers, manufacturers, contractors, and other businesses partner with the program. From the program’s inception through 2015, more than 5 billion certified products have been purchased in more than 70 product categories. Approximately 1.8 million ENERGY STAR certified new homes have been built, and owners of almost half the US commercial building space (450,000 buildings) have benchmarked the energy use of their buildings with ENERGY STAR Portfolio Manager®. Families and businesses have saved more than $400 billion cumulatively since the program’s inception, saving $34 billion in 2015 alone. All this for a budget of about $50 million a year, enough to purchase about half of a new F-35 fighter jet.

The future of ENERGY STAR will be a highlight of our upcoming National Symposium on Market Transformation, so we hope you join us.

Should ENERGY STAR be spun off? No.

According to news reports, officials in the new administration have suggested that the private sector or an organization should take over the administration and funding of the ENERGY STAR program. There are multiple problems with this idea. First, ENERGY STAR is built on public recognition and trust. Whoever runs the program needs to be well recognized by the public and also perceived as non-biased. Most organizations and companies do not have this public recognition, and private companies or trade associations will probably not be perceived as unbiased.

Second, funds would need to be raised and staff or contractors hired. While $50 million is not much for the federal government, it is a lot for most organizations and for all but the largest companies. Furthermore, this is an annual budget, and sustaining this level of interest in the private sector for many years could be difficult. To raise these funds would likely require charging for use of the ENERGY STAR brand, and while some money could be raised, it is unclear if enough could be raised or if such fees would cause manufacturers and building owners to reduce their efforts to be certified under ENERGY STAR.

Third, there are liability issues. Whoever runs the program needs very good insurance and deep pockets, because firms whose products are not certified may sometimes sue. Most nonprofits would find the insurance costs prohibitive.

Finally, ENERGY STAR depends on technical work by other federal agencies. The test procedures are generally issued by the Department of Energy. The benchmarking of commercial buildings is compared to survey results from the Energy Information Administration. These programs are also threatened in the budget and could not readily be reproduced in the private sector.

To illustrate these problems, a recent Greentech Media podcast suggested that perhaps ACEEE could run the ENERGY STAR program. While we are flattered to be mentioned in this way, we do not have the public recognition that EPA does, the program budget is more than five times our total annual budget, and the liability exposure is too large for us. Other potential hosts would face similar circumstances.

Why mess with success?

The new administration regularly emphasizes helping Americans, creating jobs, and boosting economic growth. ENERGY STAR is a voluntary program that helps consumers and businesses across the country save billions of dollars. They invest that money in their businesses, homes, and other pursuits, employing people and helping the economy. ENERGY STAR has been very successful in its current form; why risk this success with dramatic changes that have a good chance of failing? 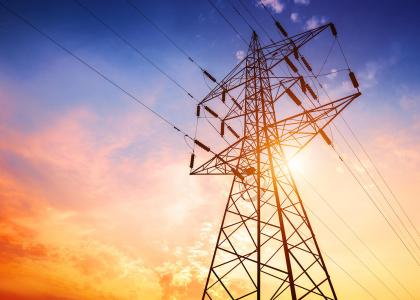 Research Report
Moving the Needle on Comprehensive Commercial Retrofits
May 4, 2022