True, energy efficiency investment creates jobs. But how many?

Even when the economy is doing well, economic growth and job creation always seem to be at the center of focus for policymakers at every level of government. So it’s only natural that when energy efficiency policies and programs are being discussed one of the questions that often comes is how will proposed initiatives affect jobs.

The good news is that job creation is one of the many benefits that results from smart investments in energy efficiency. We at ACEEE have conducted several studies that demonstrate this point. In our new report Verifying Energy Efficiency Job Creation: Current Practices and Recommendations, we took a look at efforts to quantify job creation from energy efficiency projects to see how they are being done and to try to establish some best practices to help people in the field tackle the problem.

When efficiency projects and programs are sold at least in part on their ability to create jobs, it’s only natural that people would want to know after the fact whether they lived up to their promise, but accurately quantifying the job creation impacts can be hard. The problem is that of all the different ways efficiency creates jobs, only a relatively small fraction are actually observable.

Efficiency investments create jobs in at least two different ways. One is during the implementation of the project itself, like installing a new water heater in a home. The other is when the homeowners re-spend the money the new water heater saves them. Every job created through these two channels falls into one of three categories. “Direct” jobs are created from the initial change in spending patterns. “Indirect” jobs are created one step removed, along the supply chain. “Induced” jobs are created yet one more step further away when the people hired to fill the first two types of jobs take their new income and spend it on rent, groceries, going to the movies, or whatever.

So we have two channels of job creation each creating three categories of jobs, and of those six possibilities, only one is generally observable: the direct jobs created in the implementation phase. It’s easy to point at workers putting new water heaters in buildings and identifying those jobs as part of the benefits of the efficiency investment, and sometimes it might be possible to go to the water heater factory and see new hires (or extended work hours) brought on to make those extra heaters, but when it comes to finding a server hired because the installers went out to dinner or tracking any of the impacts that occurred because the homeowner had more money to spend on books, putting a face to the people who got hired or worked more hours is almost impossible.

How jobs are counted

Despite this difficulty, policymakers, politicians, and other stakeholders still want to know how many jobs an efficiency policy or program created. Efficiency implementers do their best to respond to this demand by the people who control their destiny.

As you might expect with the complexity of this challenge, we found a wide range of approaches to addressing the problem and an equally wide range of results. Some assessments use “bottom-up” approaches that rely on head counts or surveys, some rely on “top-down” methods typically employing economic models, and a good number use both. Assessments differ in what kinds of jobs they count and how they report them, and we found that different assessments use different definitions for key terms. It seems clear to us that each one of the assessments we looked at represents a solid effort at addressing a difficult analytical problem, but that taken as a whole, the variation in what is done and how it’s done makes clear apples-to-apples comparisons very difficult.

In response to this variety of methods and results, the report outlines an approach that we hope is clear, straightforward, and tractable to produce accurate ex-post evaluations that will help program administrators and policymakers make good decisions about how to invest resources. We recommend starting with the jobs that can be directly counted and using simple economic modeling tools and program data to build out a comprehensive estimate. We try to add clarity around the definitions like the direct, indirect, and induced jobs described above, and we highlight a number of tricky issues that evaluators should be aware of when conducting analyses. In the report, we highlight best practices around issues like accounting for negative job impacts that result from reduced energy demand, how to treat the costs of program implementation, and how to create tools that will produce reliable estimates of unobservable job creation impacts.

Our aim in the paper is less to establish a uniform methodology that all assessments should follow than it is to highlight some of the more important issues that often arise, and to provide a framework for evaluators to address them. We hope that our proposed approach will lend credibility to the job creation potential of energy efficiency investments, and that other industries will conduct comparable analyses with similar transparency and rigor.

A comprehensive approach to transportation energy efficiency at the federal, state, and local level must include a combination of strategies targeted ...
November 15, 2012
Research Report

Five Years In: An Examination of the First Half-Decade of Public Benefits Energy...

This report presents the results of a comprehensive follow-up study to the original ground-breaking research on state public benefits policies (A ...
April 1, 2004 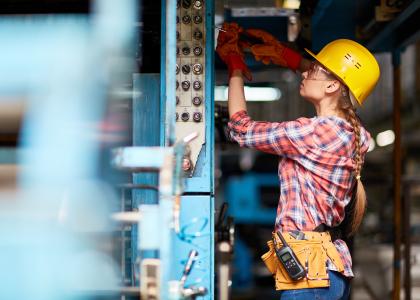