U.S. Energy Use Held Steady for 15-plus Years

U.S. energy consumption has barely changed over the past 15 years despite significant economic growth that preceded the COVID-19 pandemic, according to 2019 data released recently by the Energy Information Administration.

Energy use has fluctuated only modestly from year to year, as shown by the orange line in the graphic below, while the Gross Domestic Product (GDP) has increased 32% since 2004 (in inflation-adjusted dollars). Energy consumption was about 100 quadrillion Btu (quads) in 2019, almost identical to 2004. It declined during the Great Recession, rebounded in recent years, but will likely fall this year because of COVID-19 and the resulting economic crisis. 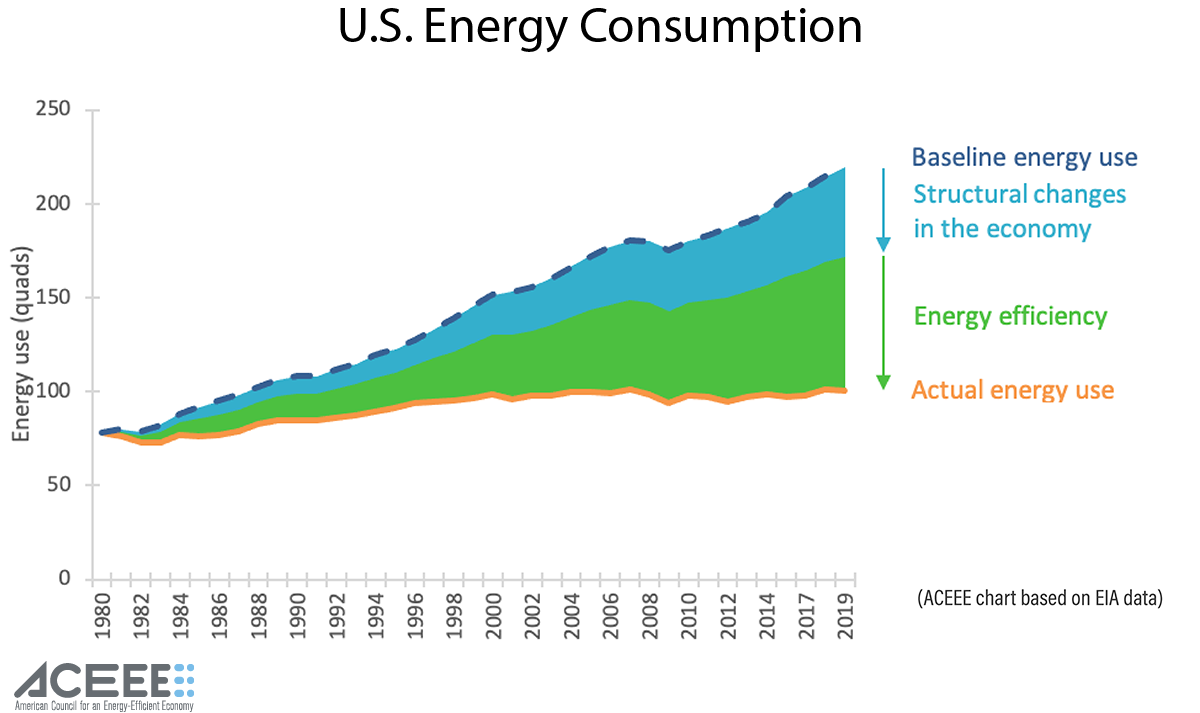 Total U.S. energy use declined by 1% in 2019, partially reversing a significant increase in 2018. The energy savings were spread across every economic sector (homes, commercial buildings, industry, and transportation), but were mostly in electricity produced by coal, along with a small decline in oil use for transportation.

The graphic also shows that if energy use had grown as rapidly as GDP since 1980, it would have been about 220 quads last year. Based on studies looking at the different factors involved (summarized here), we estimate that energy efficiency accounts for about 60% of the difference between the 100 quads of actual consumption and 220 quads if past patterns had continued. Structural changes, such as shifts toward a more service-oriented economy account for the other 40%.

In other words, energy efficiency over the past three decades is reducing energy use by about 70 quads each year (and growing) – a gigantic achievement. To put this in perspective, this is about the same as the combined annual energy use of Japan, Germany, India, and the United Kingdom.

Many other pieces of data and information about energy efficiency impacts are available in the Energy Efficiency Impact Report we co-published in December. 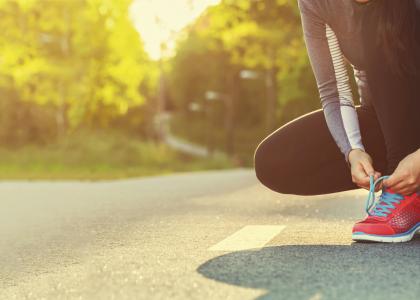